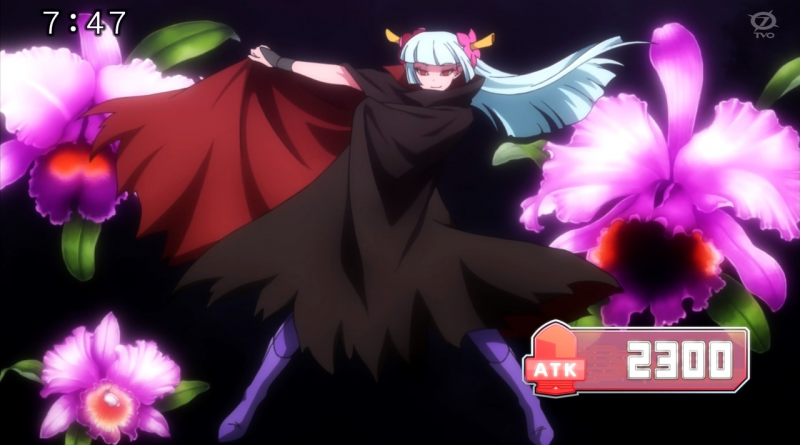 Also in arts and texts only because Konami doesn’t want you to speculate over set numbers. 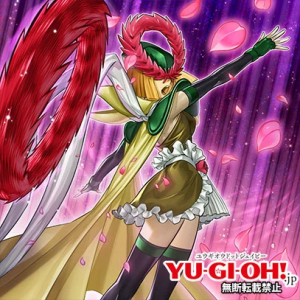 Shinkage Kunoichi Garrand / True Flowerfang Kunoichi Garrand
Level 8 EARTH Plant-Type Effect Monster
ATK 2500
DEF 1500
[Requirement] Place 1 monster (Plant) from your Graveyard on the bottom of the Deck.
[Effect] Special Summon 1 monster (Level 7 or lower Plant) from your hand to your field face-up. The monster Special Summoned by this effect is placed on the bottom of its owner’s Deck during the End Phase.

(Note: This card’s name might be a wordplay between “Garland” and “Ranze”, the latter being the character who used this card.) 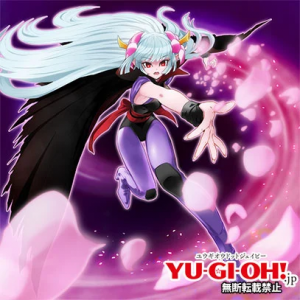 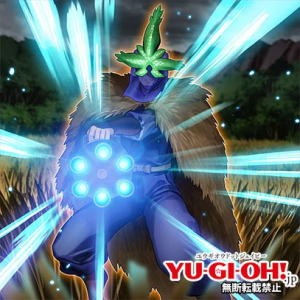 Kage Shinobi Gatring / Flowerfang Shinobi Gatring
Level 7 EARTH Plant-Type Effect Monster
ATK 2000
DEF 2400
[Requirement] Send 2 Normal Monsters (Plant) from your hand to the Graveyard.
[Effect] Choose up to 2 face-up Attack Position monsters (Level 8 or lower) your opponent controls and destroy them. Then, inflict 500 damage to your opponent for [each monster destroyed by this effect]. This turn, you can only attack with 1 monster.

(Note: This card’s name might be a wordplay between “Gatling” and “Rinnosuke”, the latter being the character who used this card.) 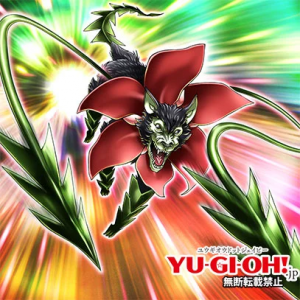 Kagerou no Kurobana / Flowerfang Wolf Kurobana
Level 3 EARTH Plant-Type Normal Monster
ATK 800
DEF 1300
A group of grass ninjas who protect their lord from crises, while concealed in the shadow. Even if they are struck down, they strike back from the shadows of blades of grass.

(Note: “Kagerou” refers to the haze one can see in a hot day, when the air distorts the image of objects behind it) Kagemusha no Rindou (Flowerfang Warrior Rindo)
Level 4 EARTH Plant-Type Normal Monster
ATK 1300
DEF 1400
A group of grass Ninjas who secretly support the path to victory while concealing themselves in the shadows. They continue to loyally serve their lord.

(Note: “Kagemusha” refers to the body double of a Japanese lord or military official in medieval Japan.) 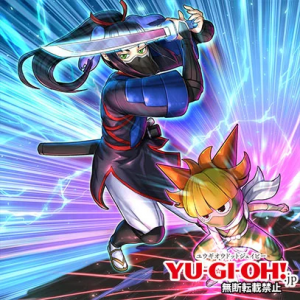 Kagefumi (Flowerfang Shadow Strike)
Normal Trap Card
[Requirement] When an opponent’s monster declares an attack on your face-up monster (Plant), place 2 monsters (Plant) from your Gravetyard on the bottom of the Deck in any order.
[Effect] Change all Attack Position monsters your opponent controls to face-up Defense Position.

(Note: “Kagefumi” is a common game similar to Tag but the goal is essentially to step on the other’s shadow.)