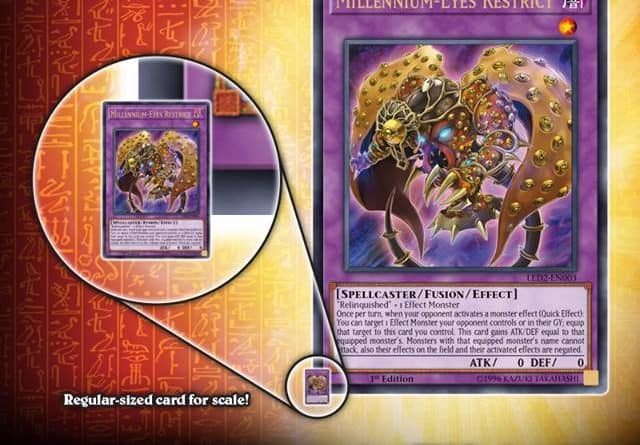 The name and text of the new Eyes Restrict Fusion monster is confirmed for the TCG. 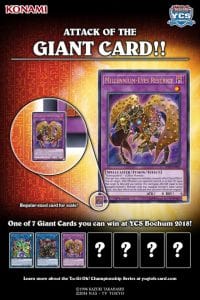 LED2-EN003 Millennium-Eyes Restrict
Level 1 DARK Spellcaster Fusion Effect Monster
ATK 0
DEF 0
Materials: “Relinquished” + 1 Effect Monster
Once per turn, when your opponent activates a monster effect (Quick Effect): You can target 1 Effect Monster your opponent controls or in their GY; equip that target to this card you control. This card gains ATK/DEF equal to that equipped monster’s. Monsters with that equipped monster’s name cannot attack, also their effects on the field and their activated effects are negated.

Notably, this is the third Giant Card for YCS Bochum, alongside Excode Talker and Saryuja Skull Dread. The 4th Giant Card for the event will be revealed tomorrow, according to Konami.

Also, reminder, Ancient Millennium comes out on February 22nd, 2018 or so for the TCG, so we’ll probably getting information from official sources, slowly but surely, between now and then.