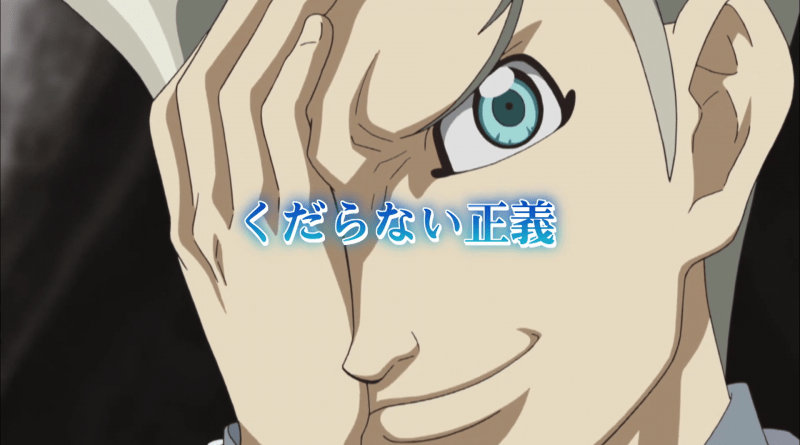 In which the crazy guy who thinks he was raised by a tree tries to break Yusaku by talking.

Episode 36: くだらない正義 – Kudaranai Seigi (Pointless Justice)
Spectre’s devious Sunavalon combo keeps replenishing his Life and summoning Sunvines, but Playmaker never lets up his attacks. Playmaker manages to figure out its weak point, and comes up with a plan to counter it. However, Spectre then uses his trump card…