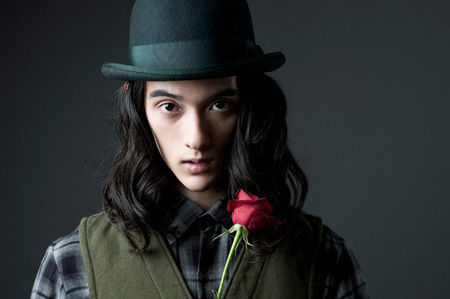 Konami interviews another Japanese celebrity about their history with Yu-Gi-Oh! 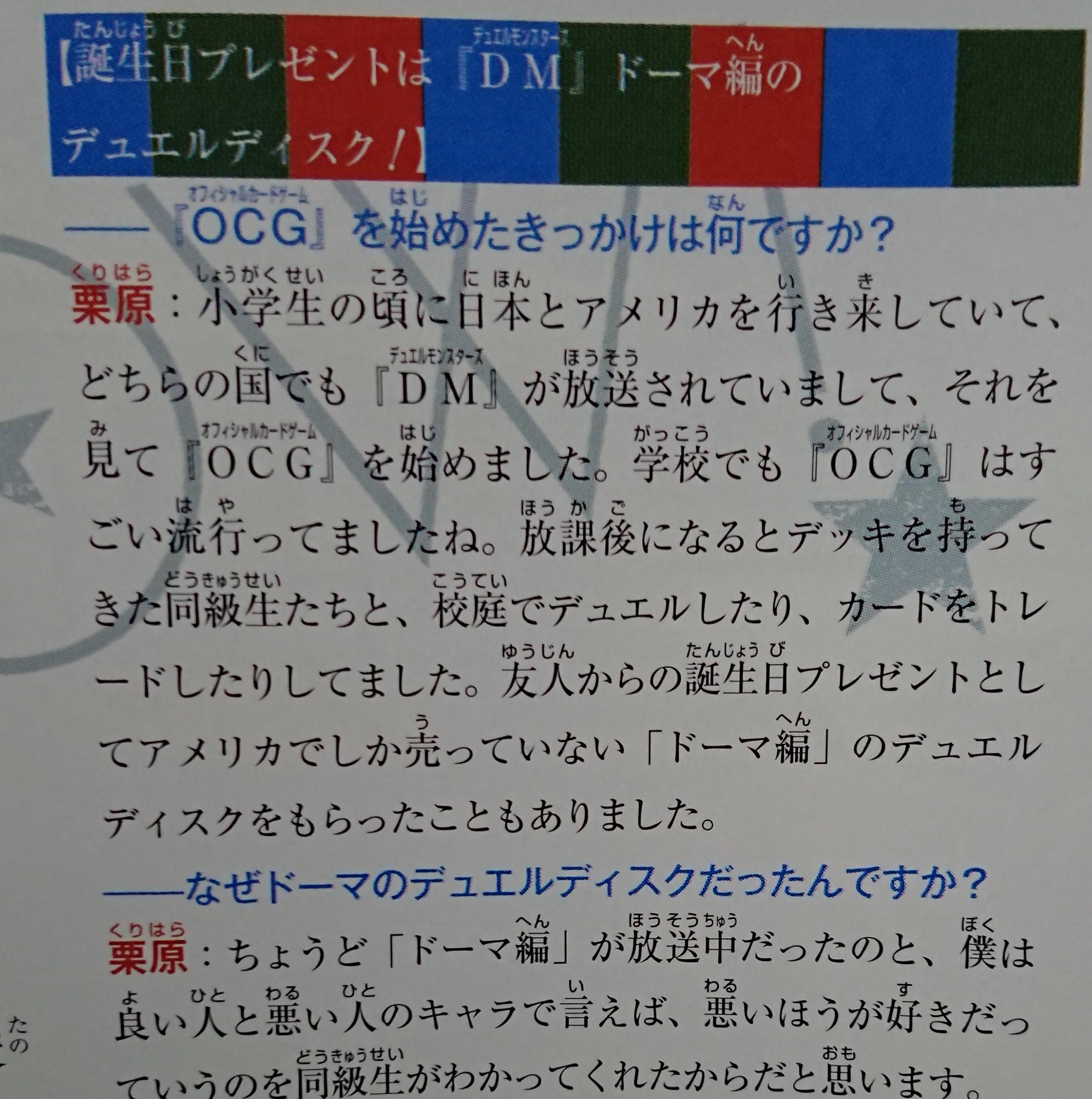 [His Birthday Present was the Doma Duel Disk!]

How Did You First Get Into The “Official Card Game”?

Kurihara:
When I was in elementary school, I moved back and forth between Japan and the United States, and both countries had Yu-Gi-Oh! Duel Monsters airing, so I watched it and started playing the Official Card Game. The Official Card Game was all the rage at school. I’d trade cards with classmates, and we’d Duel after school or in the Schoolyard. I was given a “Doma Arc” Duel Disk, which was only sold in America, as a birthday present by a friend.

Why the Doma Duel Disk?

Kurihara:
While the “Doma Arc” was on air, my classmate(s) realized I liked the villains when we talked about the good guys and bad guys. 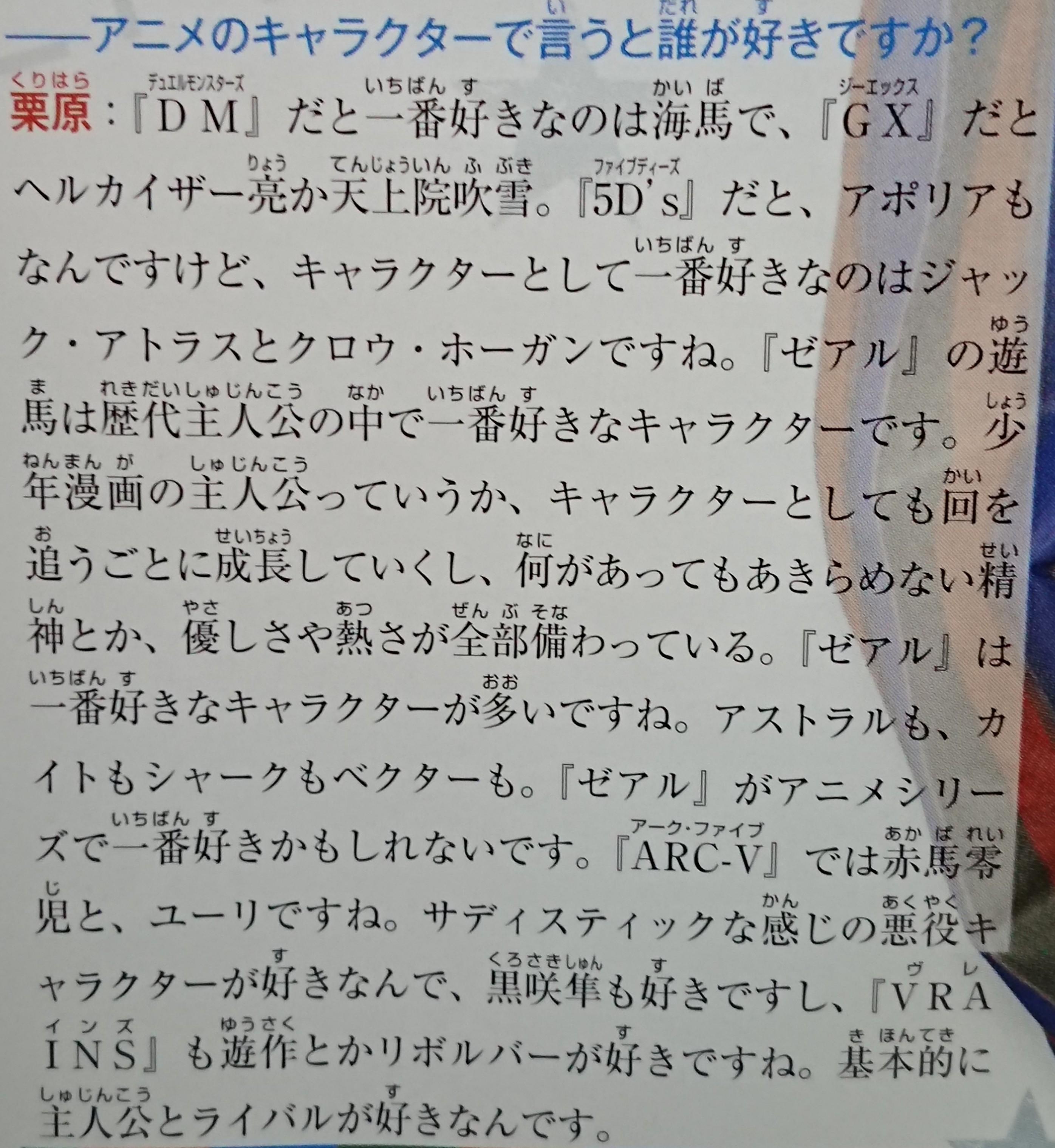 Kurihara:
For “Duel Monsters”, it was Kaiba, while in “GX” it was a split between Hell Kaiser Ryou and Tenjouin Fubuki. With “5D’s”, I definitely liked Aporia, but my favorites were Jack Atlas and Crow Hogan. For “ZEXAL”, Yuma is my favorite among the various protagonists. He’s a Shonen Protagonist who grows throughout the series, and is a person who is hot-blooded, the sort to never give up, and on top of that, very kind. “ZEXAL” has some of my all-time favorite characters. Astral. Kaito. Shark. Vector. “ZEXAL” is my favorite among the various anime. For “ARC-V”, it’d have to be Akaba Reiji and Yuri. I generally like sadistic characters, but I also liked Kurosaki Shun, and for “VRAINS”, I definitely like both Yusaku and Revolver. In general, I tend to really like the heroes and their major rivals. 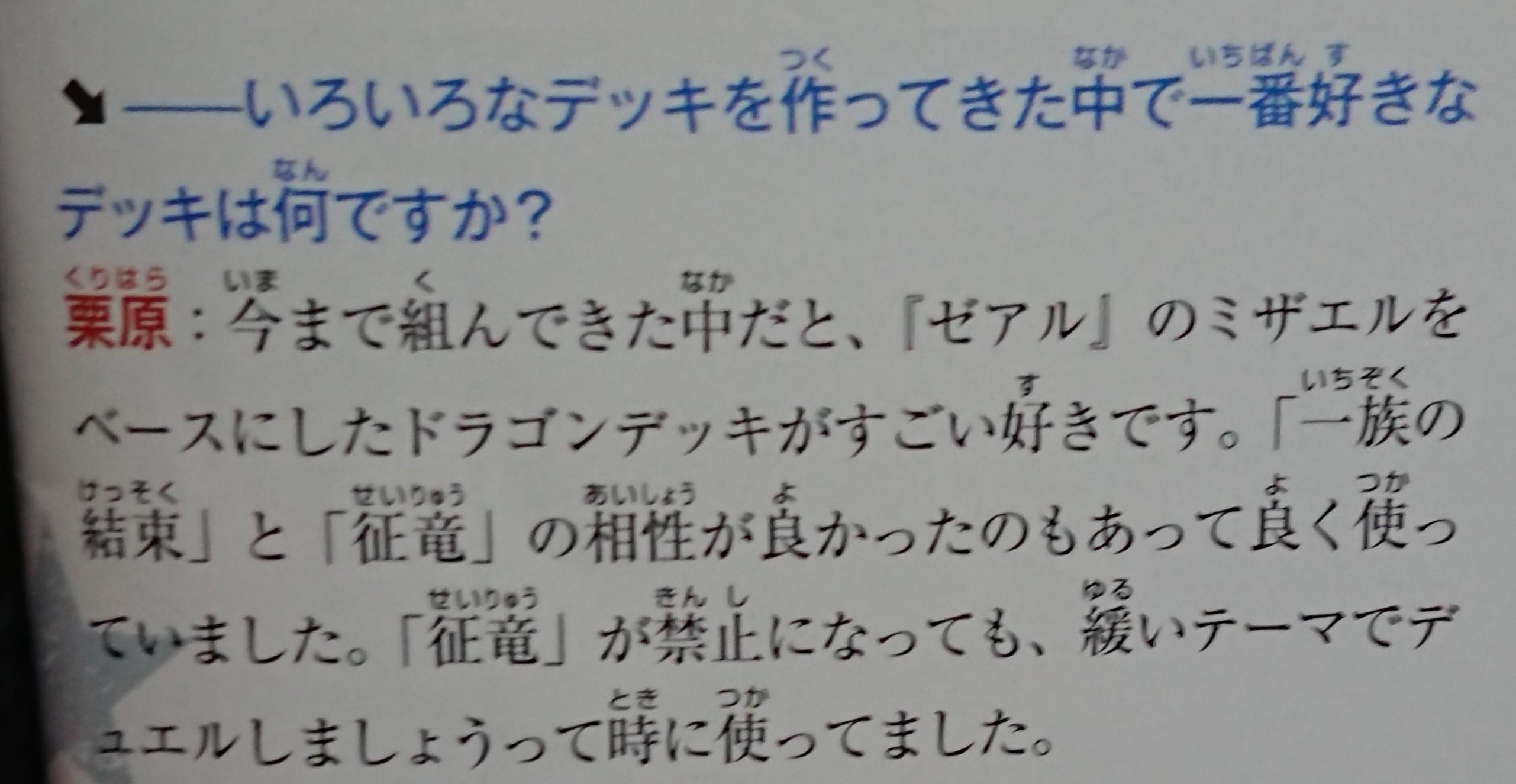 Which Deck Did You Like Making The Most Among All The Decks You’ve Made?

Kurihara:
Of all the Decks up to now, I’d have to say the Dragon Deck I made based on “Mizael” from ZEXAL. It worked really well due to the synergy of cards like “Solidarity” and the “Dragon Rulers”. Even though the “Dragon Rulers” were Forbidden, it’s a theme I love to let lose in a Duel.