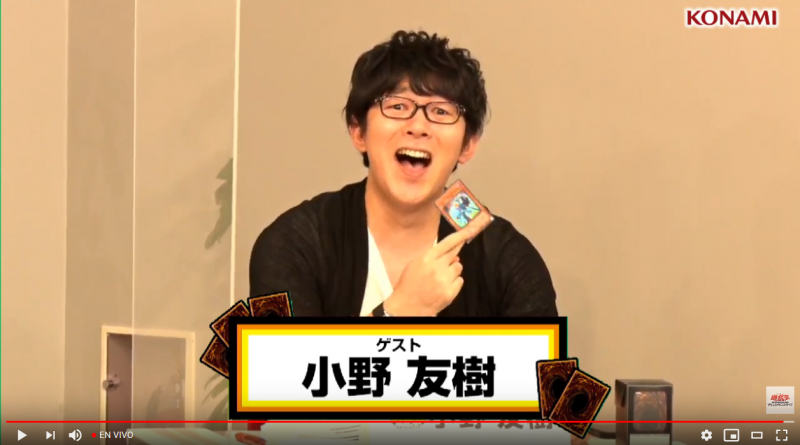 The Good, The Bad, and the Satisfied 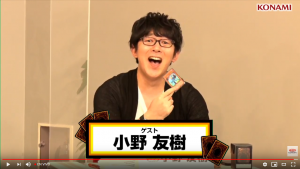 PHANTOM RAGE News and how to use the new cards 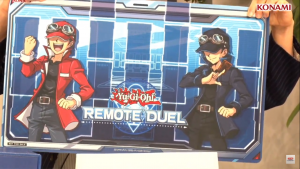 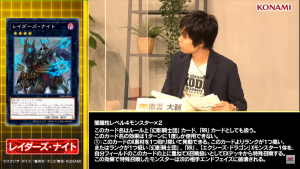 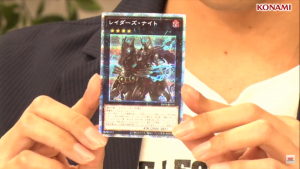 PHRA-JP040 Raiders Knight
Rank 4 DARK Warrior Xyz Effect Monster
ATK 2000
DEF 0
Materials: 2 Level 4 DARK Monsters
This card is always treated as a “The Phantom Knights” and “Raidraptor” card. You can only use the effect of this card’s name once per turn.
(1) You can detach 1 Xyz Material from this card; Special Summon Summon from your Extra Deck, 1 “The Phantom Knights”, “Raidraptor” or “Xyz Dragon” Xyz Monster that is 1 Rank higher or 1 Rank lower than this card, by using this card as material, but it is destroyed during your the End Phase of your opponent’s next turn.(This is treated as an Xyz Summon. Transfer this card’s materials to the Summoned monster.) 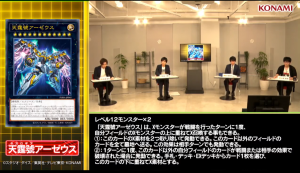 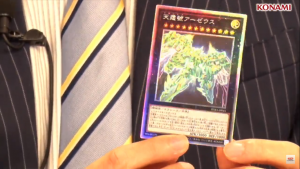 PHRA-JP045 Negalogia AA-Zeus
Rank 12 LIGHT Machine Xyz Effect Monster
ATK 3000
DEF 3000
Materials: 2 Level 12 monsters
Once per turn, if an Xyz Monster battled that turn, you can also Xyz Summon “Negalogia AA-Zeus” by using 1 Xyz Monster you control as material. (Transfer its materials to this card.)
(1) (Quick Effect): You can detach 2 Xyz Materials from this card; send all other cards on the field to the GY.
(2) Once per turn, if another card(s) you control is destroyed by battle or by your opponent’s card effect: you can choose 1 card from your hand, Deck, or Extra Deck, and attach it to this card as Xyz Material. 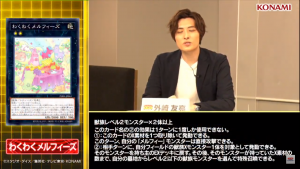 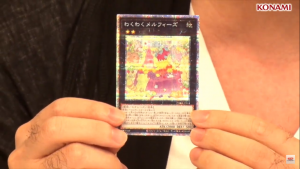 PHRA-JP044 Wakuwaku Melffys (Excited Melffys)
Rank 2 EARTH Beast Xyz Effect Monster
ATK 2000
DEF 500
Materials: 2 or more Level 2 Beast Monsters
You can only use the (2) effect of this card’s name once per turn.
(1) You can detach 1 Xyz Material from this card; During this turn, your “Melffy” monsters can attack your opponent directly.
(2) During your opponent’s turn(Quick Effect): You can target 1 Beast Xyz Monster you control; Return that Xyz Monster to its owner’s Extra Deck, then Special Summon Level 2 or lower Beast Monsters from your GY, up to the number of Xyz Materials that that monster had. 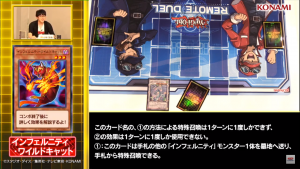 PHRA-JP017 Infernity Wildcat
Level 3 DARK Fiend Tuner Effect Monster
ATK 1400
DEF 0
You can Special Summon only 1 card with this card’s name per turn with its (1) effect, and you can only use the (2) effect of this card’s once per turn.
(1) You can Special Summon this card (from your hand) by sending 1 other “Infernity” monster from your hand to the GY.
(2) If you have no cards in your hand: You can banish 1 “Infernity” monster from your GY; Increase or decrease this card’s Level by 1 until the end of the turn. 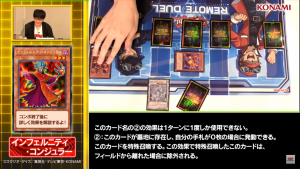 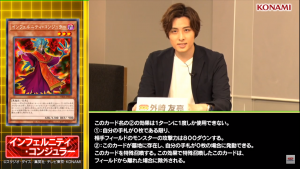 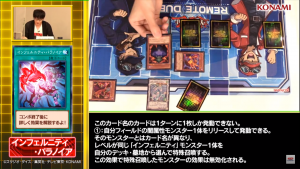 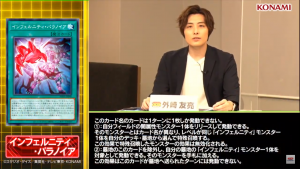 PHRA-JP060 Infernity Paranoia
Normal Spell Card
You can only activate 1 card with this card’s name per turn.
1. Tribute 1 DARK monster; Special Summon 1 “Infernity” monster from your Deck or GY with the same Level and a different name, but its effects are negated.
2. During your Main Phase, except the turn it was sent to the GY: You can banish this card from the GY and target 1 “Infernity” monster in your GY; Add that monster to your hand. 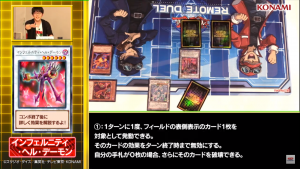 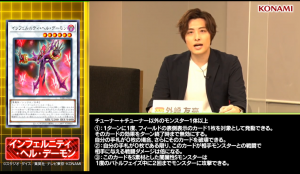 Infernity Hell Daemon (Infernity Hell Archfiend)
Level 6 DARK Fiend Synchro Effect Monster
ATK 2200
DEF 1600
Materials: 1 Tuner + 1 or more non-Tuner Monsters
(1) Once per turn: You can target 1 face-up card on the field; Negate its effects until the end of the turn, and if you have no cards in your hand, you can destroy it.
(2) If this card battles an opponent’s monster, any battle damage this card inflicts to your opponent is doubled while you have no cards in your hand.
(3) A DARK Synchro Monster summoned using this card as Synchro Material can make up to two attacks on monsters during each Battle Phase.

Its attack’s name is dubbed as “Infernity Hell Pressure”. 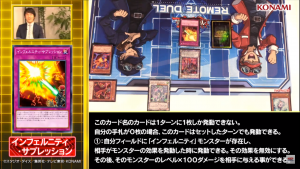 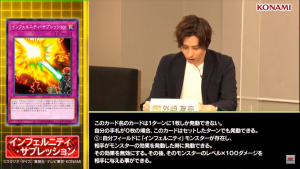 PHRA-JP075 Infernity Supression
Normal Trap Card
You can only activate 1 card with this card’s name per turn.
If you have no cards in your hand, you can activate this card during the turn it is Set.
(1) When your opponent activates a monster effect while you control an “Infernity” monster: Negate that effect, then you can inflict damage to your opponent equal to its Level x 100.

Thanks to Sanokal and Ness for Pictures. Agent K for Translations. And Ness for double-checking text.