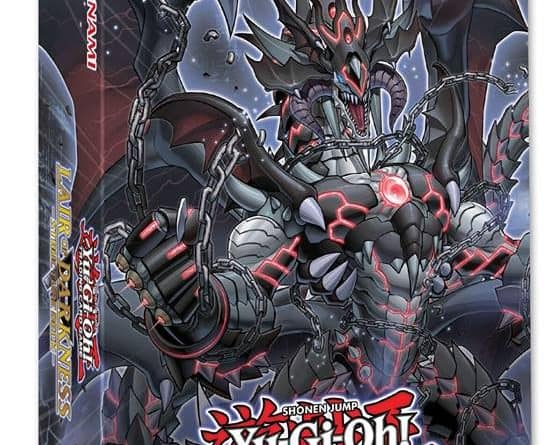 Minor story, but one of note. 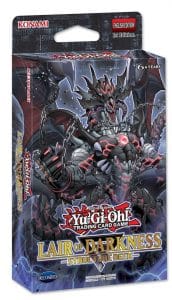 For those who missed our previous article, here’s some information about the structure deck.

Darkest Diabolos and the terrifying tyrants of torment descend upon the earth in Structure Deck: Lair of Darkness! These wicked shadow lords boast immeasurable power, but demand heavy Tribute from any Duelist who seeks to wield it. Fortunately, villainy is the norm in the Lair of Darkness, and these monstrous dukes of deception aren’t that picky about whose monsters are being Tributed as long as this new Field Spell is in play! Monsters Tributed while Lair of Darkness is in play will find no rest in the Graveyard – their souls will return to the field at the end of the turn in which they were Tributed.

The vicious visage of Darkest Diabolos, Lord of the Lair holds no hint of compassion or mercy, not even for cards that have yet to be played – his special ability lets you Tribute a DARK monster to interfere with your opponent’s hand! Special Summoning Diabolos is no trouble either thanks to his powerful Summoning ability that will naturally trigger as you advance your gameplan. For the Duelist who prefers to sit back and watch their opponent’s strategy self-destruct, Lilith, Lady of Lament has prepared the brand-new Grinning Grave Virus. This Virus requires the Tribute of a DARK monster to activate, then unleashes a deadly epidemic on your opponent’s hand and Deck!

Structure Deck: Lair of Darkness is playable right out of the box, but many of its cards are right at home in Decks built using monsters from the upcoming Dark Saviors special booster set as well!