One of the most iconic anime cards is finally making its way into the real-life card game! Join me after the break as I take a look into all the cool things this card does.

Dark Renewal is the latest anniversary card to be announced for the OCG, and the best support Spellcaster’s have ever gotten in the form of a Trap Cad. As you may know, the card was significantly improved from the anime version by allowing it to summon right from the deck. Though they balanced it out a bit by restricting it to DARK Spellcasters, that’s a small price to pay for all of the good this card does for Spellcaster decks.

Outside of letting you summon the ultimate wizard (and his lovely assistant) easier than ever before, Dark Renewal has applications in most any Spellcaster deck ever created. The decks I’ll be talking are: 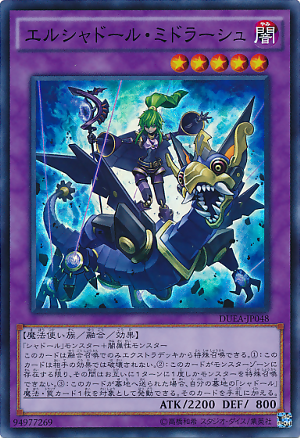 Shaddolls are almost exclusively an all-DARK Spellcaster archtype. The Best monster to revive is none other than El Shaddoll Midrash. Often times an opponent will try to negate her effect with something like Breakthrough Skill and then roll over her with a large Special Summoned monster, but thanks to Dark Renewal, you can use her to remove another monster, and then revive her right back no longer negated! The card is also another answer to monsters like Masked HERO Dark law and who would force Shaddolls to banish materials and fusion spells instead of putting them in the graveyard to make use of them there. Finally Dark Renewal also gets around any Vanity monster thanks to the Special Summon being optional! You can even use it under Vanity’s Emptiness to force its destruction effect (though you can’t Summon a Spellcaster due to Emptiness activating in a separate chain). Even if you don’t grab back Midrash, you can still use it to trigger various Shaddoll monster’s effects and make Synchro Summoning with Shaddoll Falcon easier.

Don’t forget that Midrash is an easy summon in any deck with Instant Fusion! Whether in Shaddolls or in Prophecy, El Shaddoll Midrash is a powerful monster to have in your arsenal. 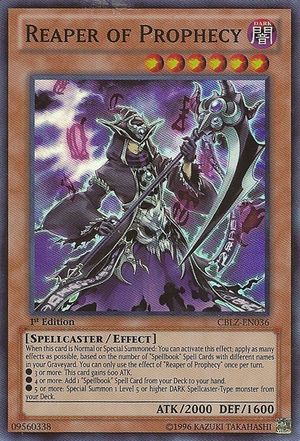 DARK Prophecy builds are another deck that benefits from the Dark Renewal. Reaper of Prophecy has never been more accessible. Unfortunately the Reaper deck is held back due to his being a level 6 monster, and thus stuck in the hand unless you Tribute Summon or discard him. However there are other DARK Spellcasters that have no such problem. Kycoo the Ghost Destroyer works well in any Prophecy deck thanks to its solid stats and anti-meta effect. Though Dragon Rulers aren’t as prominent as before, you can still use him to get rid of Soul Charge threats and the like. What’s even better is that you don’t really have to run multiples. Dark Renewal can even recur the monster you send to the graveyard with it, so even if you draw your only DARK Spellcaster with Dark Renewal, the Trap is still live! 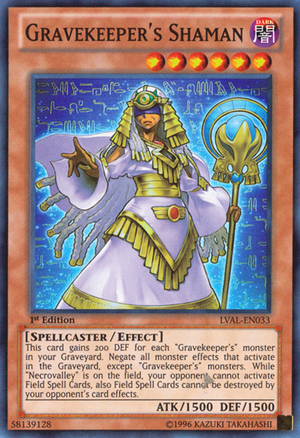 Gravekeepers are another all-DARK Spellcaster Archtype (barring one) and perhaps benefits the most out of any Spellcaster Deck. While Necrovalley locks you out of your graveyard, you are free to get any Gravekeeper from your deck. Gravekeeper’s Recruiter, Descendant, and Shaman become much more accessible, and the theme gains another trap card to help fill the void that the TCG banlist made after limiting a slew of more generic traps. 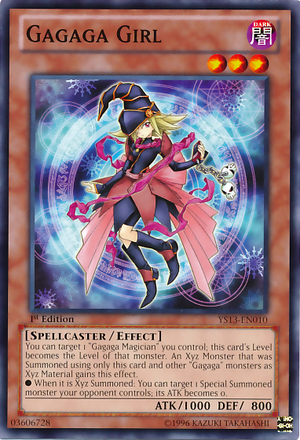 Gagagas are another DARK Spellcaster Theme and they really need to start right off the bat with some Xyz Summons to pose a threat. Unfortunately there’s still too many times where one opens Gagaga Sister with no Gagaga Child, or Onomatopaira, but no other Gagagas to discard (to set up a Gagaga Revenge Play). Now that pain is alleviated thanks to Dark Renewal. Dark Renewal lets you use a lone Gagaga ‘Caster to disrupt an opponent’s play and Summon a Gagaga Magician or Gagaga Girl to make an Xyz play on your upcoming turn. Note that Gagaga Magician doesn’t “have” to be used in only Gagagas. Other Spellcaster decks that want help Xyz Summoning can always use his aid. You can check out our Gagaga article for more tips and tricks with this theme. 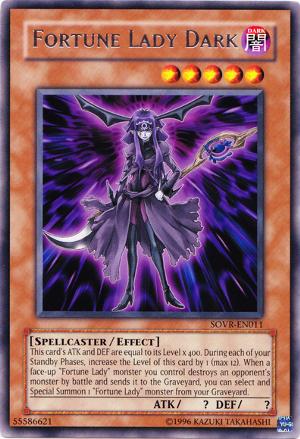 Fortune Ladies don’t have the best of reputations when it comes to competitive dueling, but Dark Renewal breathes new life into them all the same. Dark Renewal turns your weaker Fortune Ladies straight into their boss monster. However the tricks don’t stop there. Dark Renewal can trigger Fortune Lady Light as well (so long as Dark Renewal is at Chain link 1). Say you already have a Fortune Lady Dark on the field, and need to get out some of your other Ladies from your deck. You can choose not to special summon with Renewal, and instead use Lady Light to bring out Fortune lady Water or Fortune Lady Fire to activate their effects. The deck has access to a plethora of Spellcaster tricks from Spellbooks to Magical Dimension and Wonder Wand (and Soul Charge into 2 Lady Waters is fun as well). However, they lack a strong field presence and they aren’t so consistent. Dark Renewal alleviates some of these issues. There’s also one more notable monster who works really well with our magical coffin that Fortune Ladies might want to consider. 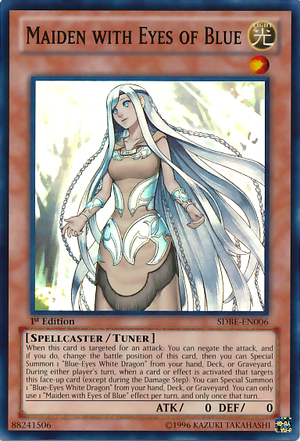 Despite Dragons possessing such raw power, Spellcasters always seem to have a way with subjugating them to their influence. Maiden with Eyes of Blue is very powerful Blue-Eyes White Dragon support who has struggled to find ways of using her power that didn’t cost card advantage, until now. Her prayers have been answered, for Dark Renewal fulfills her requirements perfectly. Dark Renewal preserve’s the +1 in card economy that Maiden gives you by replacing her and an opponent’s monster with a DARK Spellcaster in addition to the mighty Blue-Eyes. For Pure fortune Lady builds who want to make use of her, she even triggers when targeted by the effect of Future Visions (yes, it targets), and between all the Spellcaster support mentioned earlier, there’s no shortage of cards that can trigger her.

While you’re already aware of what Spellcaster you can summon in Fortune Ladies (and Prophecy), what’s the best partner for your Blue-Eyes in a Blue-Eyes deck? You can bring out Dark Magician for a double dose of star power. Thanks to the new Timaeus Fusions, you can even Fuse a Dark Magician and Blue-Eyes White Dragon together! Though if it’s star power you want, why not go for the Queen of the Cosmos herself? 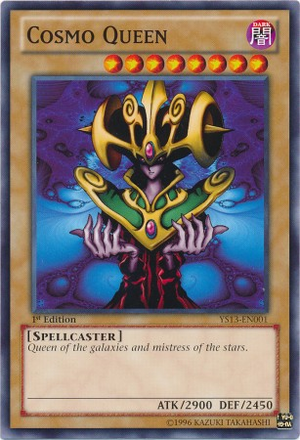 Several advantages going for Cosmo Queen (outside of being the strongest monster you can summon with Dark Renewal) is that she’s a level 8 Normal Monster. You can use her as Trade-in fodder and you can tune her with Maiden or any level 1 tuner and still summon Azure-Eyes Silver Dragon (who in turn can also revive her if you don’t have any Blue-Eyes to Summon), and of course use her for an Xyz Summon (Thunder End Dragon appreciates your consideration).

What are your favorite uses of Dark Renewal? Any tips I neglected to mention? Please share your thoughts in the comments below!