It appears Japan isn’t the only country doing pre-testing events for new product.

Link Demos are being held over the next two weekends, throughout the United Kingdom and the Republic of Ireland. These are essentially Demo Day events being held where players can try Pre-Release demo versions of the new Starter Deck (Link Strike Starter Deck) before the product goes on sale. Players will be able to test the Deck against a Judge stationed at the store.

This event, it appears, is meant to be something similar in concept and design to the “Deck Experience Event” events being held in Japan, where players can try out the latest Decks Konami is promoting in the OCG.

Each event will have two of the double sized mats for players to win.

This appears to be a first for the EU branch, as well.

For a list of stores holding the event, please check out here. 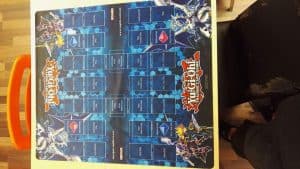 The Double Sized Mats that players can win at the event. 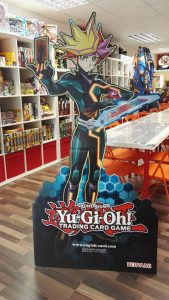 The pictures are from Cataclysm Games in England.