The mat design for the 2016 WCQ Nationals in Latin America, Europe and Oceania 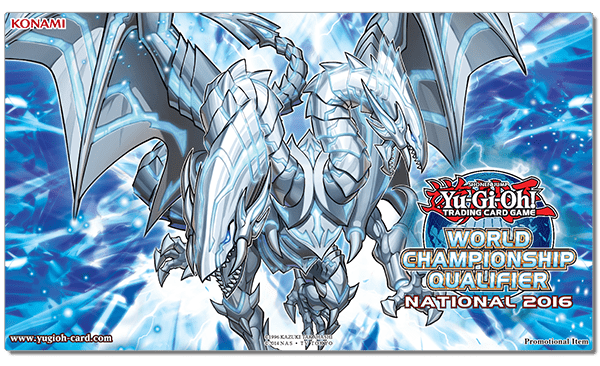 This mat is to be awarded to players who make the top cut of the WCQ Nationals in Latin America. It displays the monster tentatively (unofficially) named as “Blue-Eyes Twin Burst Dragon”. In other words, its official English name has yet to be confirmed.

It’s also for Oceania and Europe: