It’s time for TAMASHII NO PENDULUM and those rule changes you’ve been hearing about.

Major note: Since most of you guys are in North America, these changes do not apply for the North American WCQ. The new cards cannot be used either. This is in the event FAQ you should be reading!

Field Spell Cards:
“These Spells go in your Field Zone and stay there. Each player can have 1 Field Spell Card on their own side of the field. To use another Field Spell, send your previous one to the Graveyard. Many Field Spell effects apply to BOTH players.”

No draw on the first turn:
“[…] (4) Now draw your top 5 cards – this is your starting hand. Each player draws a card at the beginning of the turn, except for the first player’s first turn. You can play cards from your hand only during your turn.” 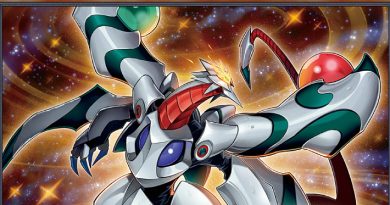