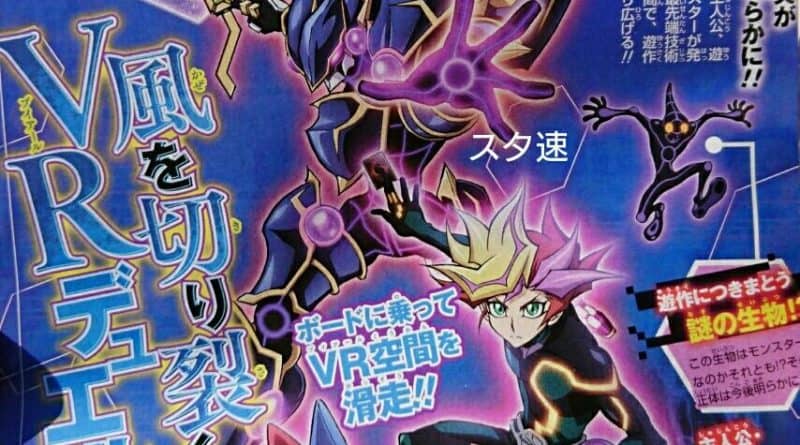 The show’s title is finally announced, along with Yusaku’s ace monster! (It’s pronounced like Trains or Brains but with a V) 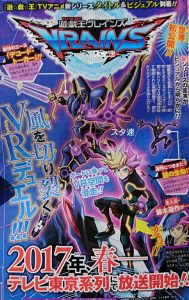 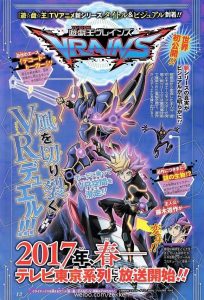 “The Truth about the New Series is finally revealed with new visuals!!”

“Look at the main character Yusaku’s transformed form with his ace monster, ‘Decode Talker’! The new series features Yusaku engaging in Virtual Reality Duels in a cyberspace constructed with the latest technology!!”

“A mysterious creature following Yusaku!?”
“Is it a monster? Or perhaps…!? Find out more about this later!”
The Main Character, Fujiki Yusaku! Yusaku is usually just a high school student, but when he Duels in the VR Space he transforms and wears a cool costume!”
Riding a board in the VR Space!!
Yusaku’s Ace Monster: “Decode Talker”! Yusaku’s Ace Monster who wields a Great Sword. What could its abilities be!?
Cut Through the Wind with VR Duels!
ON AIR SPRING OF 2017 ON TV TOKYO
Source: Weekly Shonen Jump