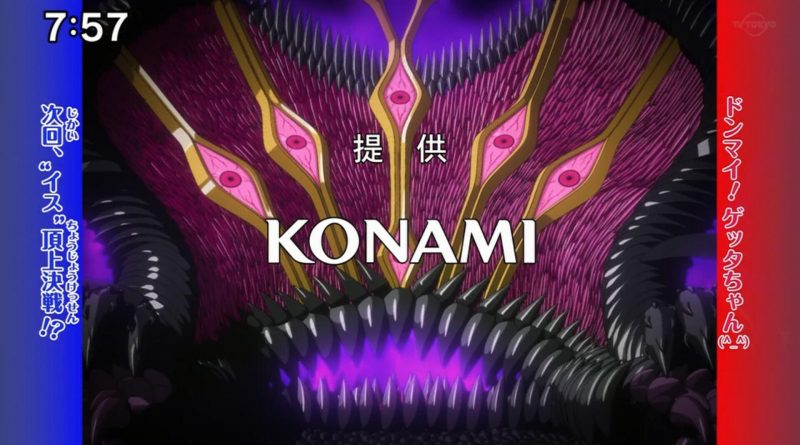 Episode 19: 玉座たるもの – Gyokuza-taru Mono
(The One Who Is a Throne)
A massage chair showed up out of nowhere in front of the Road laboratory! As Yuga and co. were trying the chair out and having a nice massage, they were suddenly sent underground. A massage chair drone named Sebastian then emerged from the darkness, proclaiming itself as Nail’s butler and throne. Thus began the Duel between Yuga and the “King of Chairs”!