A new Red-Eyes support card has been revealed, meant to help keep Red-Eyes on the field. 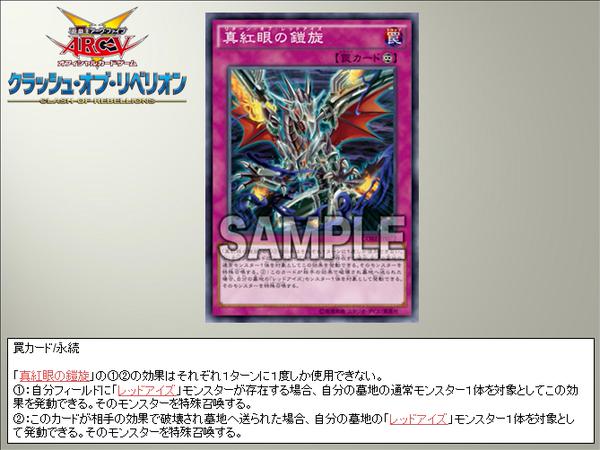 真紅眼の鎧旋 when not force-read would be something like “Shinkugan no Gaisen”, where “Shinkugan” means “deep red eyes”. It’s the kanji used on Red-Eyes Black Dragon itself (minus, y’know, the kanji for “dragon”).

In short, it’s something like “Armored (Triumphant) Return of Red-Eyes”. Mysterious…