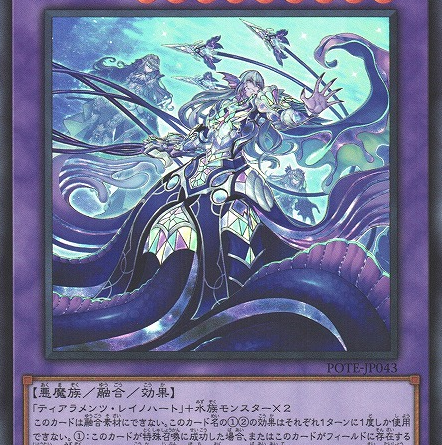 A new Forbidden & Limited List for the Advanced Format just took effect on December 1st, and it’s currently in play for YCS Remote Duel! Check out the big changes that were made that will affect this weekend’s competition!

Mystic Mine and Curious, the Lightsworn Dominion have joined the Forbidden List! Mystic Mine had recently become a key card in competitive Dueling, forcing many Duelists to include cards in their Deck that can get it off of the field, or risk losing once Mystic Mine is played. With Mystic Mine now Forbidden, Duelists no longer need to consider the possibility of this controversial Field Spell Card stalling a Duel for several consecutive turns.

Curious, the Lightsworn Dominion was a popular card, especially among Tearlaments Duelists, because it was adept at sending cards from the Deck the Graveyard. Perhaps most importantly, it’s able to send a card of your choosing to the Graveyard if it’s Link Summoned. By sending highly impactful cards like Eradicator Epidemic Virus or Deck Devastation Virus to the Graveyard, Duelists were able to return those cards to the field with Knightmare Gryphon and use them to annihilate an opponent’s chances of winning. The addition of Curious, the Lightsworn Dominion to the Forbidden List prevents this from happening and deals a blow to Decks like Tearlaments that made the most effective use of Curious.

Tearlaments have been dominating the Advanced Format of the Yu-Gi-Oh! TRADING CARD GAME ever since the release of Magnificent Mavens and the Fairy-type Ishizu cards. Those Decks typically used three copies of Herald of Orange Light because it could stop an opponent’s monster effect while sending one of the Ishizu cards to the Graveyard, allowing the effect of the sent monster to be used. The new Limitation on Herald of the Orange Light weakens Tearlaments Decks that incorporated the Fairy-type Ishizu monsters from Magnificent Mavens into them.

Lyrilusc, Recital Starling was previously Limited, and has now been bumped up to 2 copies per Deck effective December 1st! The Lyrilusc strategy hasn’t recently been popular in competitive Dueling, so this change may give them a much-needed boost.

A whopping 5 cards were removed from the Forbidden & Limited List entirely, effective December 1st! Two of those cards – Dimensional Fissure and Macro Cosmos – were previously both Limited to 1. Both of these cards remain on the field after they’re activated and will banish any key card that would be sent to a Tearlaments Duelist’s Graveyard. Generally, this will completely shut down the Tearlaments Duelist’s plays, since virtually all of the monsters in a Tearlaments Deck need to be sent to the Graveyard to use their most powerful effects. The removal of these two cards from the Forbidden & Limited List gives other Decks the power they need to defeat Tearlaments Decks.

Finally, Metaverse and Fire Formation – Tenki were removed from the Forbidden & Limited List entirely. Metaverse, which was previously Limited, was most often used to get Mystic Mine from the Deck. Now, with Mystic Mine on the Forbidden List, Duelists can use more copies of Metaverse to help them get the Field Spell Cards they need. Fire Formation – Tenki was previously Semi-Limited and was removed from the Forbidden & Limited List entirely on December 1st. Tenki is a key card for improving the consistency of Decks that rely on Beast-Warriors, including Decks utilizing the Tri-Brigade strategy. Decks built around Beast-Warriors haven’t recently been popular in competitive Dueling due to the dominance of Tearlaments and Spright strategies, but being able to use an extra copy of Tenki may help out some of the Duelists still relying on Beast-Warriors to win.

The latest Forbidden & Limited List update isn’t the most drastic one we’ve seen, but it weakens the Tearlaments Decks that dominated the three most recent YCS events: YCS Pasadena, YCS Dortmund, and YCS Costa Rica. This weekend’s Remote Duel YCS is the first YCS event in which the new Forbidden & Limited List is in effect, so we’ll soon see the full impact that it’s having on competitive Dueling!