People will often devote hours with a new build, seeing on average how likely it is for them to do a certain play or draw into a certain opening. This is an integral part of deck-building — after all, many of these plays that you are checking will lead into extremely strong positions, and occasionally auto wins. However, not everyone has time to draw test hands like this (often called gold fishing). So, why don’t we automate this process of checking hands for combinations of cards with programs?

Coding and making machines do repetitive actions has been a focus of society in recent times for good reason. A computer can check 100,000 hands in under a minute. In contrast, if we had a person who was able to draw and check a random hand in one second, it would take seventy days for all of the hands to be checked. That’s a bit long for me, so lets move on to the programs.

Debugging is always a horrendous process, so programmers often hold rituals to gain the favor of the coding gods.

The first deck I did was Satella, which was my Stellarnova alpha version for this program. Here is a picture from my top secret laboratory, located on the second floor at 201 Wood Lane, W12 7TQ. 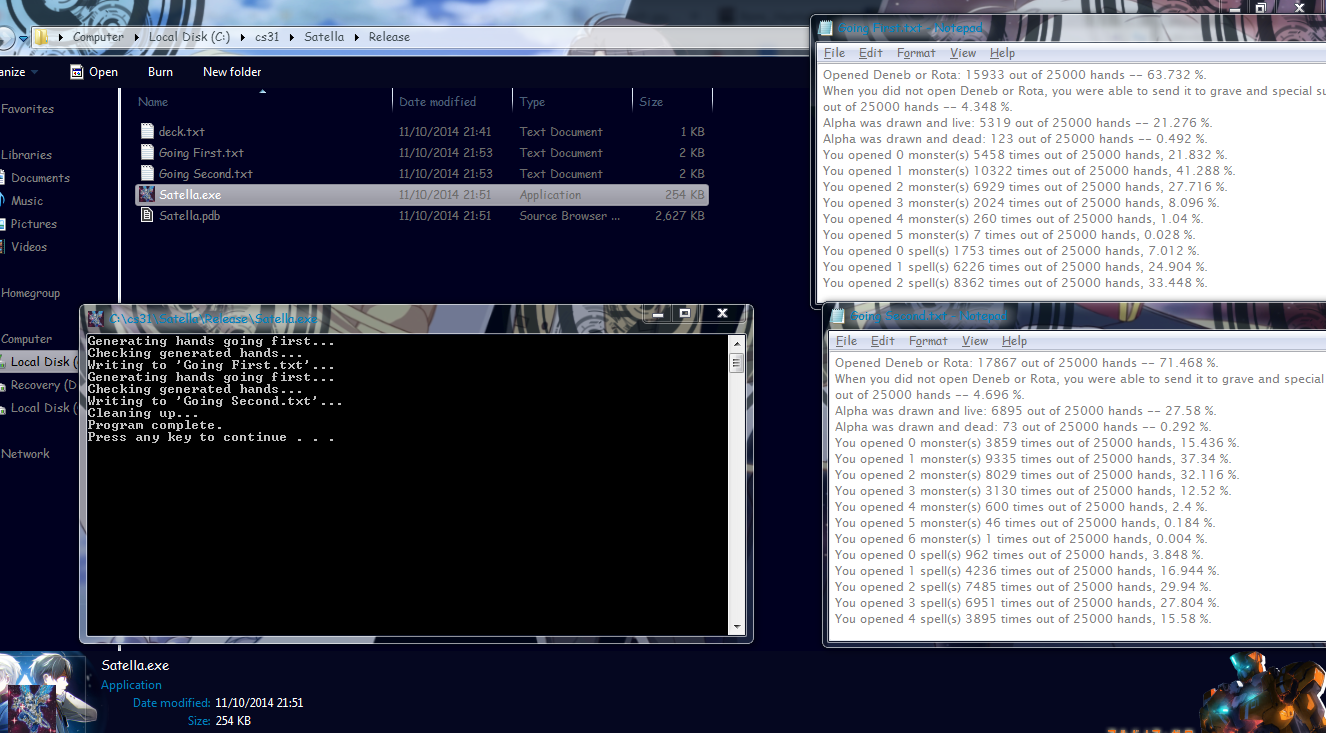 Here, you can see the ‘Going first.txt’ and ‘Going second.txt’ files, which contain the results of running the program. You also see the completed program. Note the fact that my computer has not burst into flames. Now, in order to make it so the program does not take ages to run I use a pseudorandom method. However, this is generally ~99% accurate compared to the true probability due to the large number of hands (50,000 total), so don’t worry there. So, what is the input format you need to have your deck in?

Then, just save your decklist as a text file in the same location as the program (as seen in my screenshot) as ‘deck.txt’, and run the program. Please note that you actually need to spell the cards correctly for functions other than feedback on how likely you are to draw certain numbers of monsters and such. Also, the program has Upstart, Pot of Duality, and Cardcar D functionality, so that’s cool (of course, spell the names correctly). 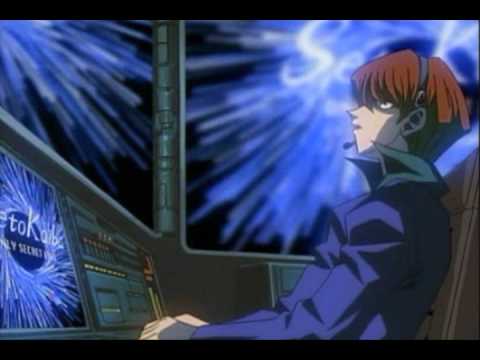 A side shot showing off my top secret laboratory.

So, let’s move onto the Noble Knight program. Due to the fact that I haven’t actually played Noble Knights, and that the release of Merlin is going to make them alot more focused, I made the program give the following results: 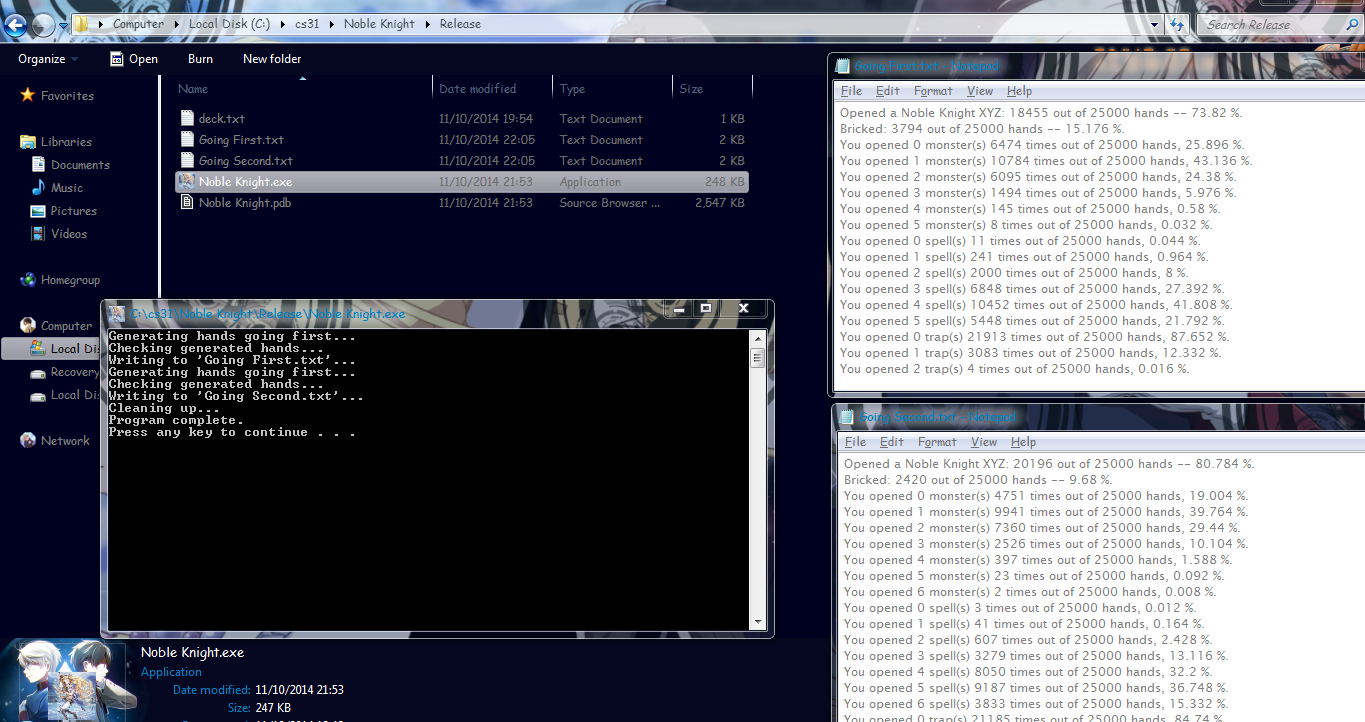 So, it currently tells when you open a turn one Noble Knight xyz, and when you bricked. I defined bricked as not having any combination of Noble Knight monsters / Merlin / Rota and a Noble Arms.

I’m planning to release programs like this for most decks. I will focus on releasing programs for tier one decks, but I will also occasionally release programs for other decks, probably at a rate of 1-2 programs every 1-2 weeks due to me having no idea what my schedule will be like farther than 2 days away. If you’d like me to release one for your deck, comment below and I might do so if I have time.

Tl;dr, use these programs to copy and paste different builds into a text file called deck and then see which is better in the categories listed. 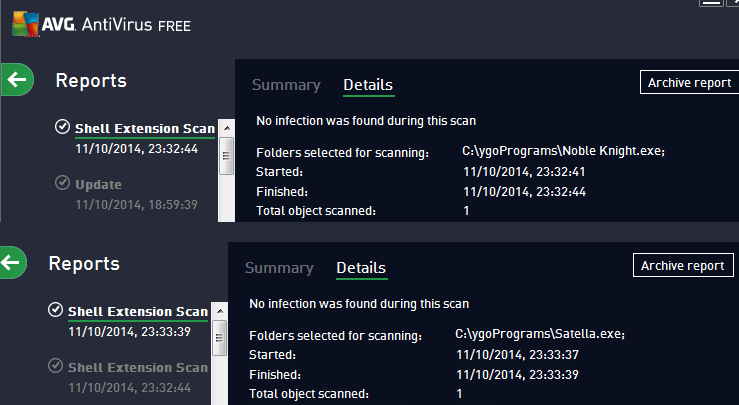