Hey guys, it’s been quite a long while, and I thought I’d start the New Year with a surprise revival of my weekly article.

As with the TCG, the OCG also received their new Forbidden and Limited Lists for the first quarter of 2015, where a lot of controversial banned cards were unbanned (but expected to follow text changes), and the List hurt Ritual Decks pretty hard by touching their generic engine cards. Are we seeing the start of a new trend in the Philippine Meta for 2015?

Also, for the record, we have one Qliphort winner that did not submit his Decklist. So it’s not quite Qliphort-less as much as Nekroz-less.

As an added treat for the players, I’ll be adding some sort of “counter” after all the Decklists for each player and how many weekly Tournaments they’ve won (regardless of whether they passed a Decklist to me or not).

Try to spot if these players used any unbanned cards.

Being generally known as a fastidious yet condescending lifeform, SkullBuster usually lives a solitary nocturnal lifestyle, feeding on hefty amounts of chips and sweets and sodas he can grab within his reach. If the need arises, he would go out and slither to the nearest convenience store for nourishment. 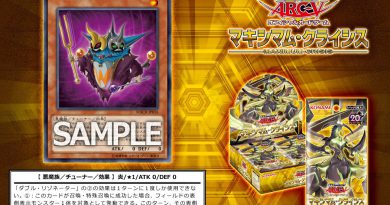