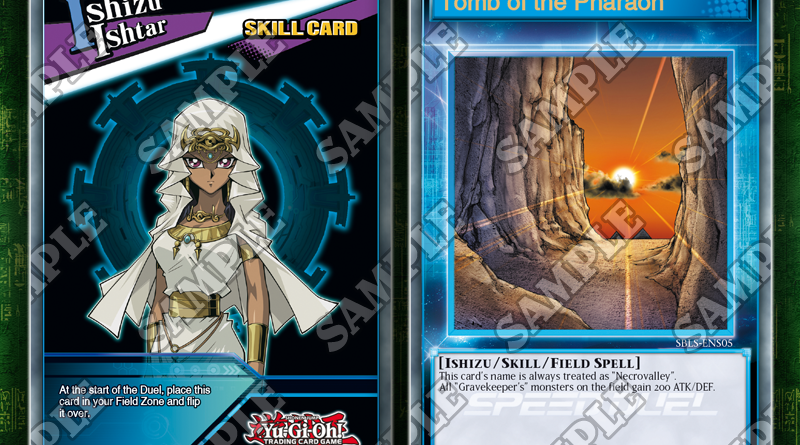 Including a new Skill meant to supplant Priestess! 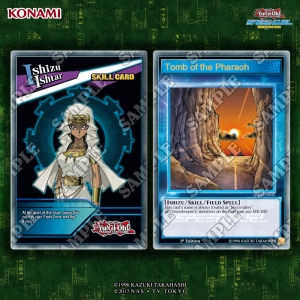 SBLS-ENS06 Tomb of the Pharaoh
Ishizu / Skill / Field Spell
This card’s name is always treated as “Necrovalley”.
All “Gravekeeper’s” monsters on the field gain 200 ATK/DEF.

Activation:
At the start of the Duel, place this card in your Field Zone and flip it over. 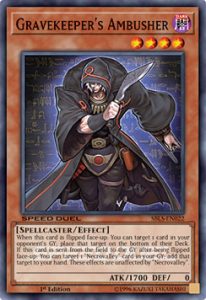 SBLS-EN022 Gravekeeper’s Ambusher
Level 4 DARK Spellcaster Effect Monster
ATK 1700
DEF 0
When this card is flipped face-up: You can target 1 card in your opponent’s GY; place that target on the bottom of their Deck. If this card is sent from the fieeld to the GY after being flipped face-up: You can target 1 “Necrovalley” card in your GY; add that target to your hand. These effects are unaffected by “Necrovalley”. 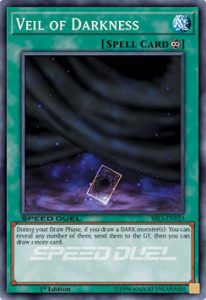 SBLS-EN021 Veil of Darkness
Continuous Spell Card
During your Draw Phase, if you draw a DARK monster(s): You can reveal any number of them, send them to the GY, then you can draw 1 more card.

SBLS-EN008 Diffusion Wave-Motion
Normal Spell Card
(This card is not treated as a “Fusion” card.)
If you opponent controls a monster: Pay 1000 LP, then target 1 Level 7 or higher Spellcaster monster you control; this turn, it must attack all monsters your opponent controls and only once each, also other monsters you control cannot attack. The effects of monsters destroyed by these attacks cannot activate and are negated.