Because all that traffic in one post is killing the site~

Premium Pack news + Yet another new Blue-Eyes along with movie character news!

And a surprising Video Game Collaboration

Feel free to discuss on our forum~ 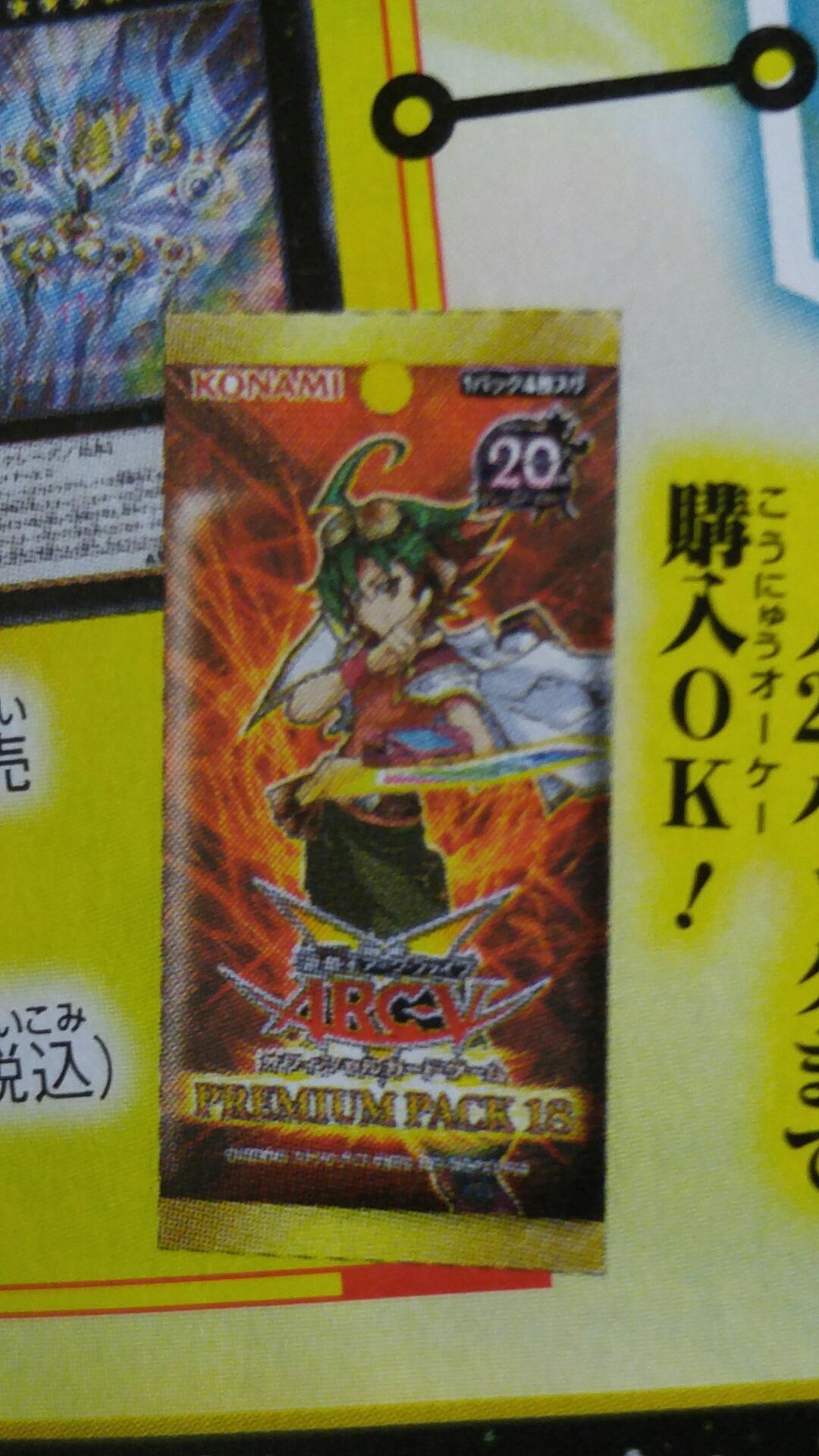 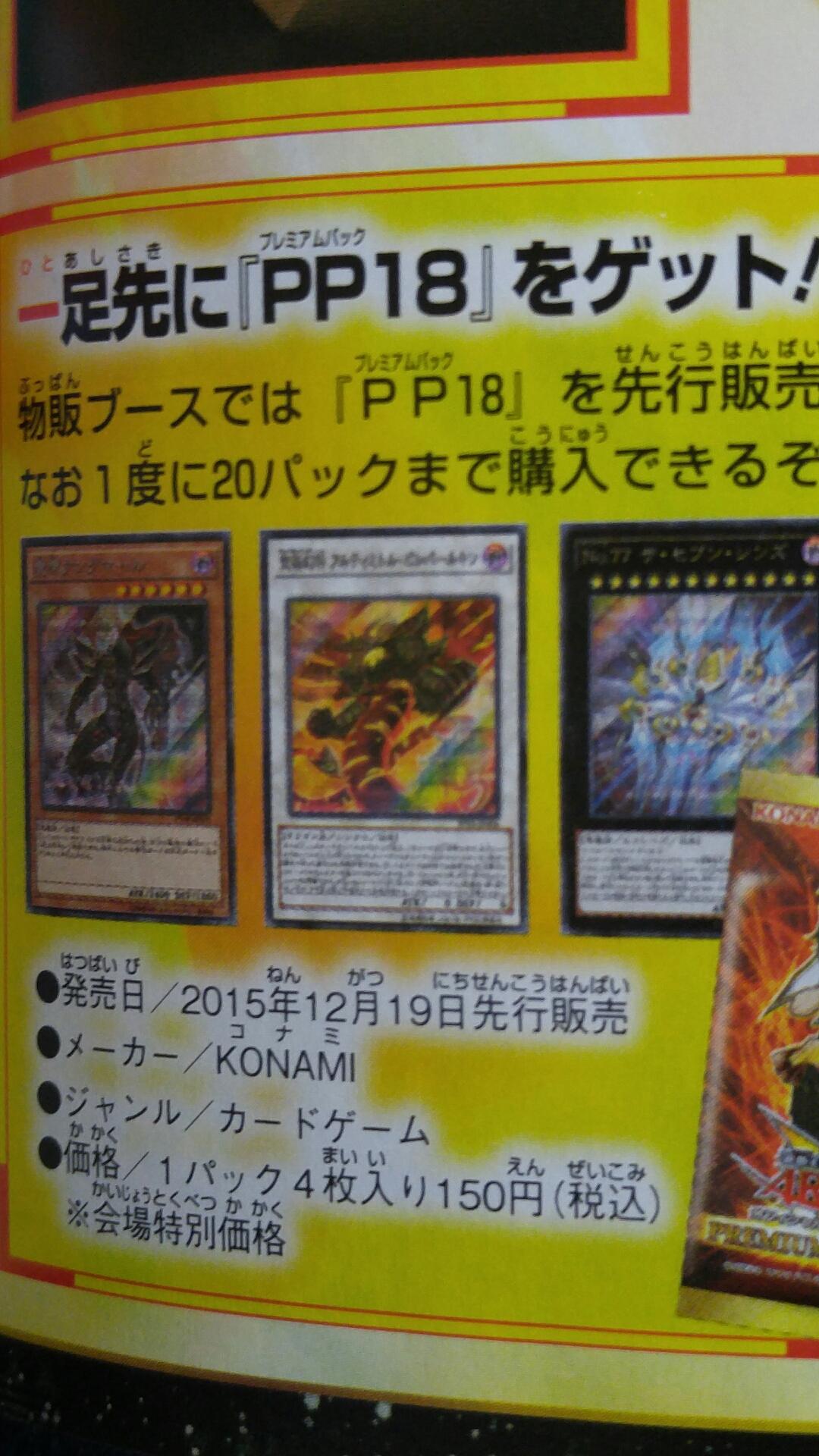 3 of the Premium Pack Cards are:
Angmar the Demon Monarch
Level 6 DARK Fiend-Type Effect Monster
ATK 2400
DEF 1000
(Effect Unconfirmed)
(1) When this card is Tribute Summoned: You can banish 1 Spell Card from your Graveyard; add to your hand 1 card with the same name from your Deck. 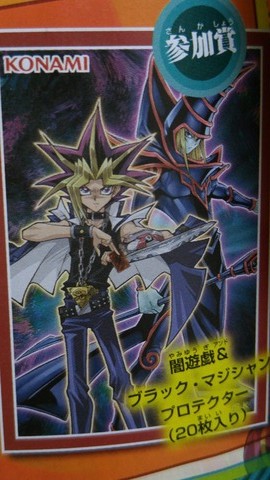 Now for the Movie Pre-Sale special.  Buy your ticket during the pre-sale and get this Promo!   200 thousand are being printed.  It comes in the new Rarity: Kaiba Corporation Rare! 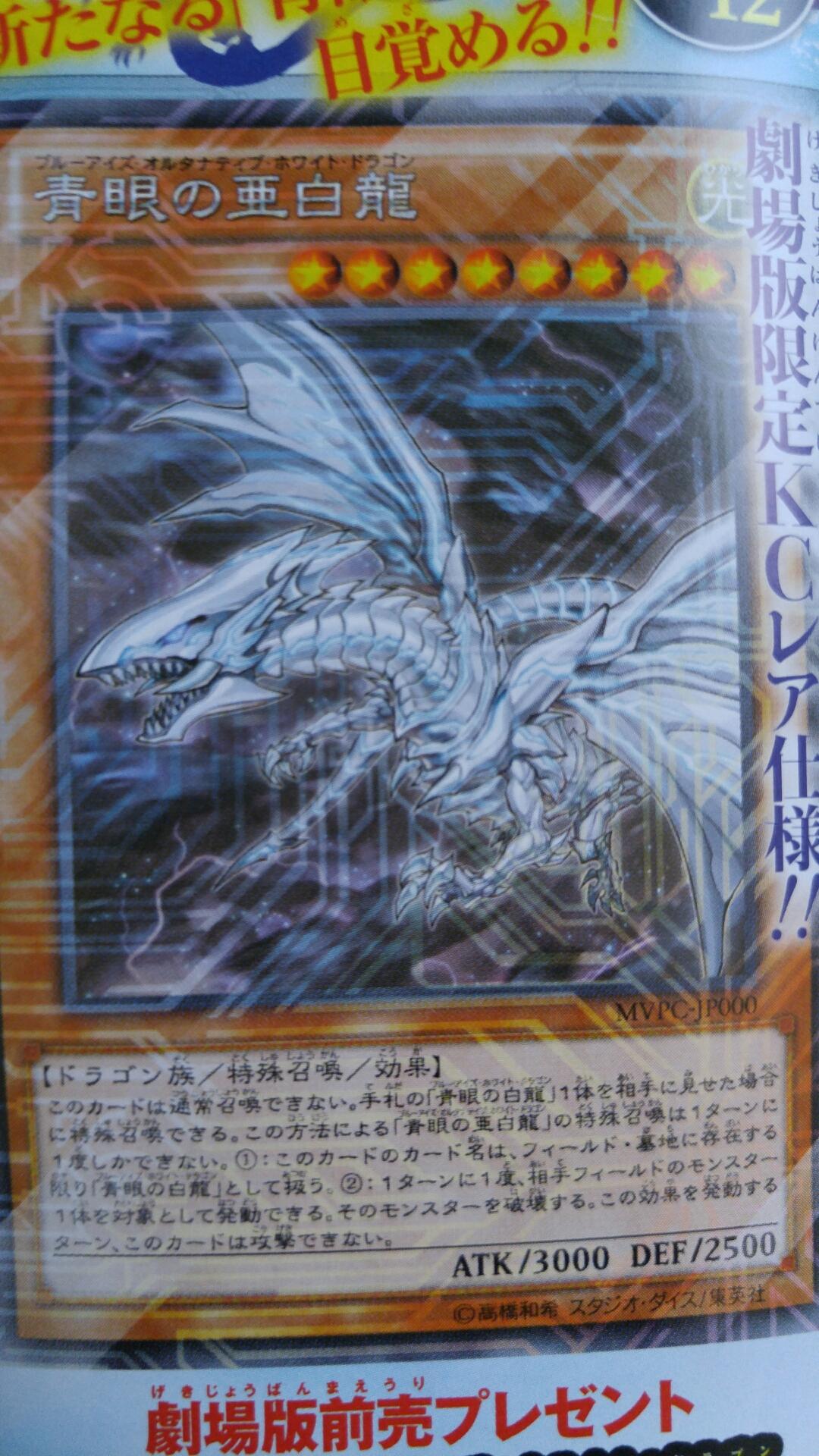 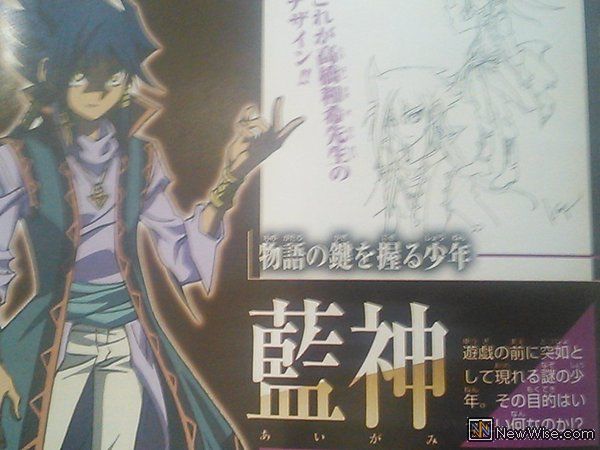 Aigami
A mysterious youth who holds the keys to the movie’s story. He appears before Yugi and co. with an unknown purpose. 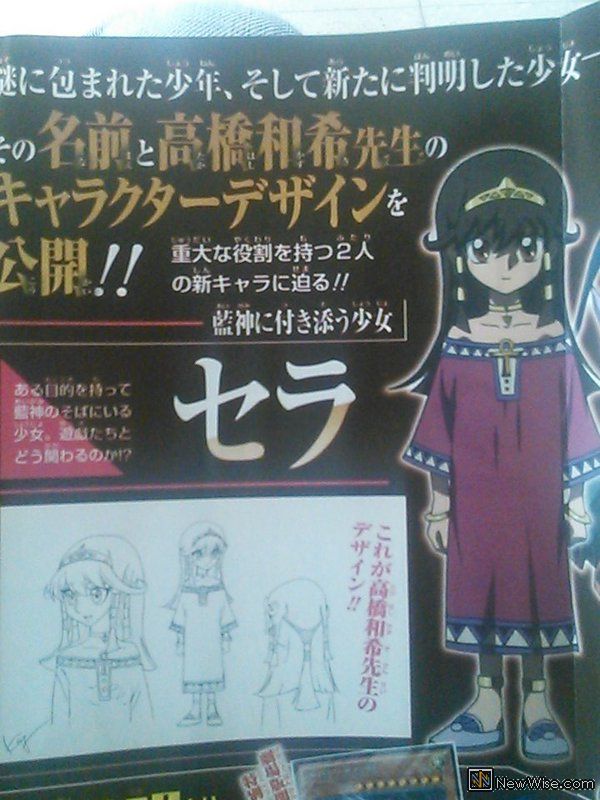 Sera
A young girl connected to Aigami and his plans. She asks Yugi and co for help apparently. 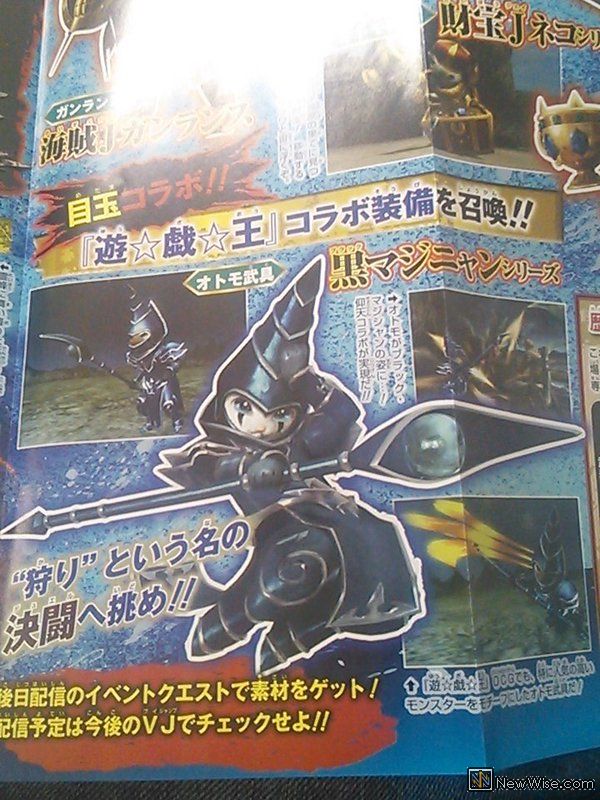 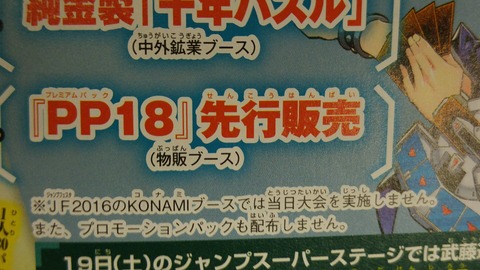 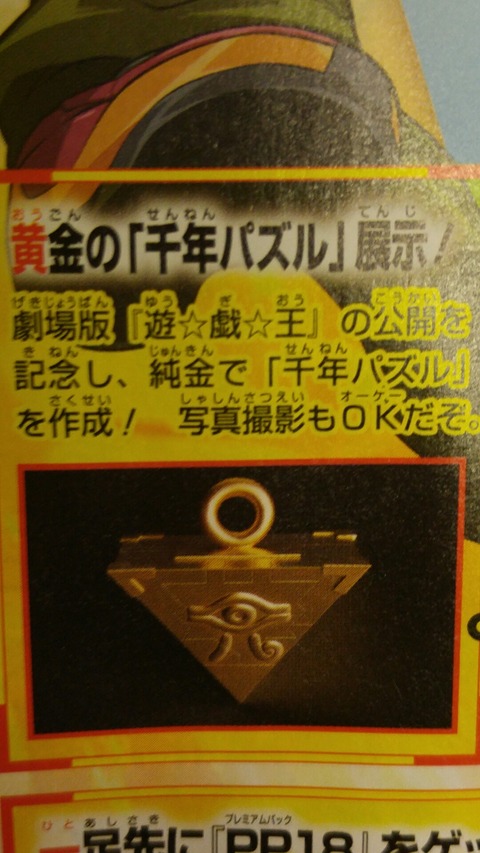 There’s a Millennium Puzzle on exhibit at Jump Festa this year. 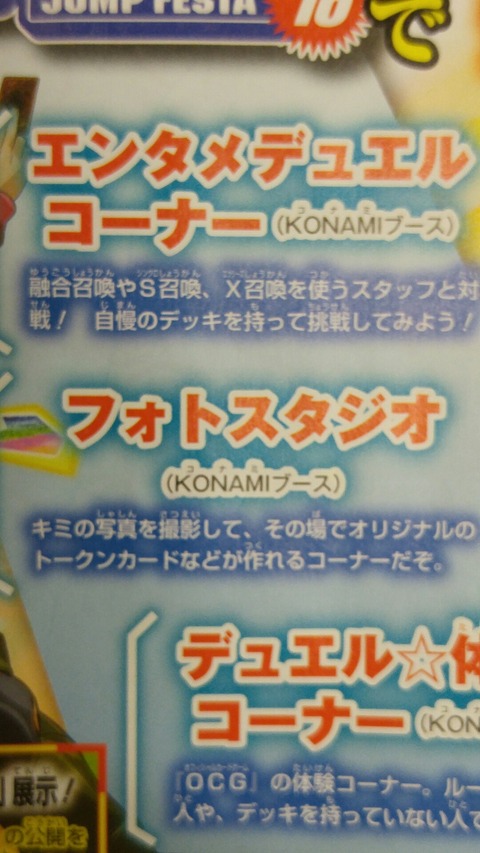 Entertainment Duel Corner: Bring your Deck to play against the staff’s Decks that can Fusion, Synchro or Xyz Summon

Photo Studio: Get your picture taken and get your own original Token

A corner where you can learn how to Duel 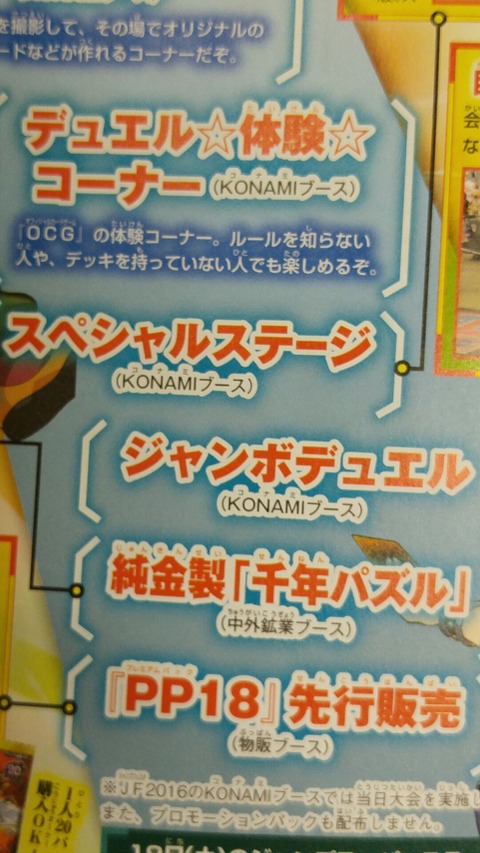