Regarding Sangan and the new Dark Magician support cards.

As foretold by the gods of the JUMP, we have an early pic of the Sangan reprint with its new text: 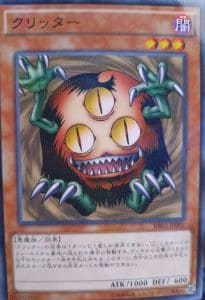 (1) If this card is sent from the field to the Graveyard: Add 1 monster with 1500 or less ATK from your Deck to your hand, but if you do, you cannot activate cards with that name for the rest of this turn. You can only use the effect of “Sangan” once per turn.

Furthermore, a clarification on how the new clause on Dark Magician support cards works: 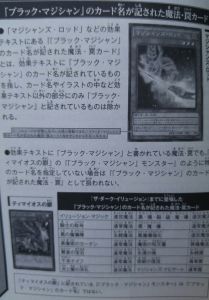 [Pictured: Magician’s Rod, highlighting the effect with the mentioned clause]

[Pictured: The Eye of Timaeus]

Tl;dr:
1) Sangan’s text has been changed, as we have covered earlier. You only get its effect once per turn, and you are limited as to how you can use that card.
2) Some of the Dark Magician support from TDIL only works with a few cards. Rule of thumb: It works with things that name Dark Magician, Dark Magician Girl is not ‘Dark Magician’ (despite being a “Dark Magician” monster), and it doesn’t work with Eye of Timaeus. Why doesn’t it work with Eye of Timaeus? Because Timaeus uses a different clause (not ‘Dark Magician’ by its own name, but rather just something whose name contains “Dark Magician”). We don’t know how this clause will be excluded in the TCG yet, so I am using our current translation for this clause.

Yes, there is an additional Quick-Play Spell Card to be released in The Dark Illusion.

Its name is 黒魔導強化 (read as “Magic Expand”, with the meaning being something like Black Magic Strenghtening), and it works like the other support cards, from what we can tell from that chart. At the time this article is being posted, the card has not been revealed neither officially or through leaks. Just be patient, it will be out soon.