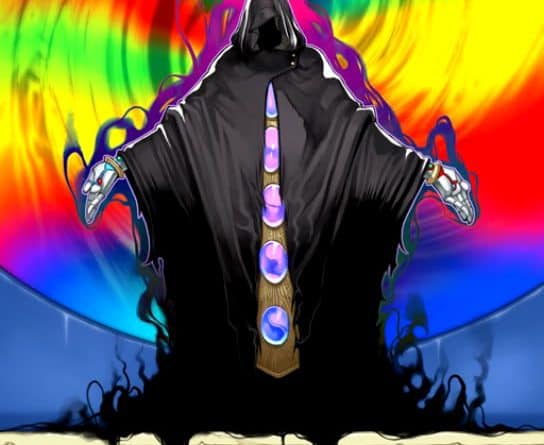 The D.D. Tower appears and with it, an onslaught of Fire Attribute Monsters as your foes. 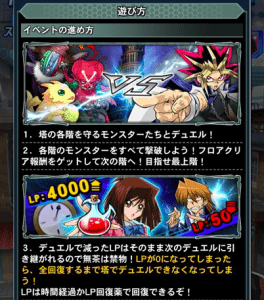 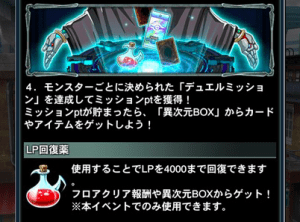 4. By defeating the monsters, you’ll be able to gather Mission Points. Mission Points in turn can be used to get “Different Dimension Boxes” and various items.

Using LP Potions, you can restore your life to 4000. 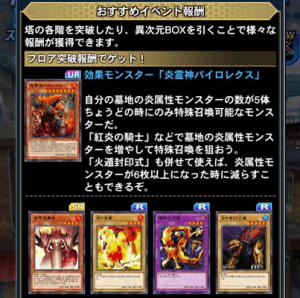 For clearing the Floor, you can get various cards, such as:

And from the Dimension Box, you can pull cards like: 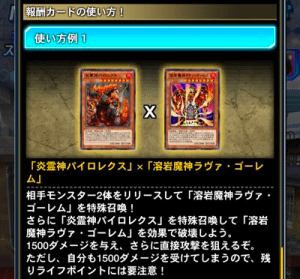 You can Tribute 2 of your opponent’s monsters to Special Summon “Lava Golem”! And then destroy “Lava Golem” with the “Pyrorex the Elemental Lord”. You’ll be able to inflict 1500 Damage, and then attack directly. But since it inflicts 1500 damage to you, be mindful of your remaining LP! 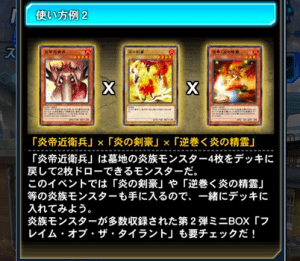 Basically return Pyro-Type monsters like “Darkfire Soldier #2” and “Raging Flame Sprite” back to your Deck with “Royal Firestorm Guards”. They also recommend getting more Pyro-Type monsters from the 2nd Mini Box “Flame of the Tyrant”.