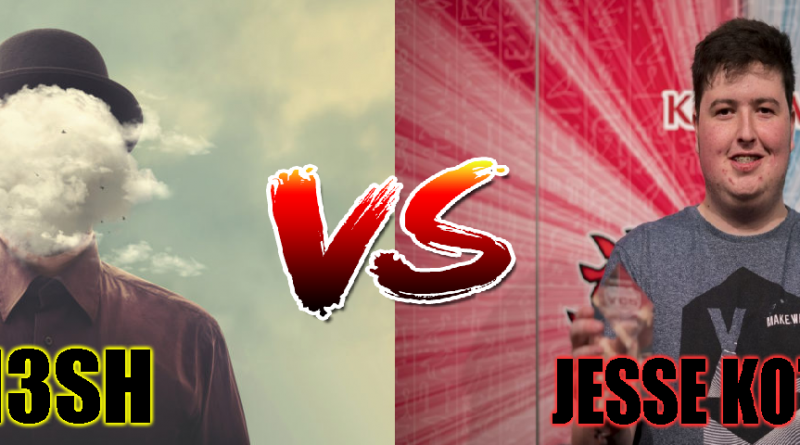 It’s not something we’d normally cover, but this ones pretty special

There’s a particularly interesting war happening over on duelingbook in the coming days. We don’t endorse any particular online dueling platform, but do mention that duels can be watched on that platform.

We also don’t recommend anyone use illegitimate online simulators to play yugioh and support their local OTS stores.

For those unfamiliar, a war is when two or more teams of players band together to play matches against other teams, rather than a tournament.

This particular war is pretty special, as it’s Team Online vs Team IRL.

On the DB team they have their leader, N3sh, as well as Ultra Plant, Nice Boy, Yang Xiao Long, Paulie, gkplayer, DnastyKuriboh, and Hani Jawhari.

Both teams have two sub slots.

Rules of this war will be:

1) The whole event will be hosted on Dueling Book. 8 vs 8 + 2 subs. Every player has 2 hearts. Once a player loses both their hearts, they are finished with the event. Hearts cannot be switched between players except in the case of a sub being used. Any sub would inherit the remaining hearts of their swap;

2) We follow TCG EU rulings (Servant of Endymion’s pendulum scale can’t be used a second time if it is negated by Ash Blossom, also ash negation will count for summon limit). Illegal activations are rewound completely
ie. widow anchor on a monster who’s already negated.
you aren’t forced to choose a legal target, but rewind it completely and set it /return it to hand;

3) Deck changing between matches is allowed;

5) Players must host with a specific password who must be shared between players in this group;

6) If a D/C happens and you can prove you had Game that turn (Via the duel replay), a win will be given to the player who had Game. Otherwise, you will get a loss. If a D/C happens during siding, the game will just restart from that point of the match duel. If this occurs, you have to use the exact same deck-list. Breaking this rule will result in a DQ from the event;

7) Players aren’t allowed to play on any other team player’s Duelingbook account. Breaking this rule will result in a DQ of both players involved;

8) If a DQ happens, the player(s) involved will lose one of their lives and be replaced with a substitute duelist if they still have a life remaining;

9) Miss-clicks will get ruled by the judge.

10) 3 warnings for slow play will result in a game loss.