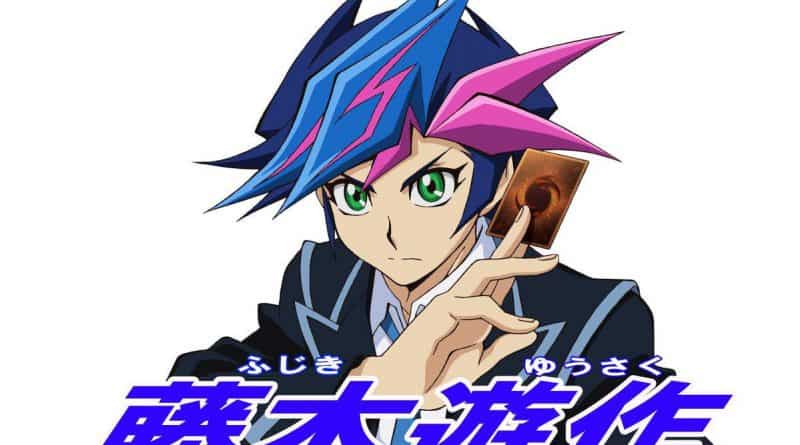 Weekly Jump makes the first Jump magazine announcement about the new series. And it’s unsurprisingly nothing more than what was revealed at Jump Festa. 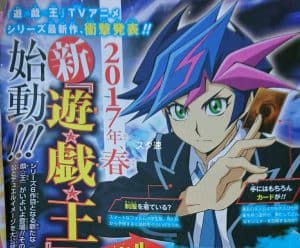 It reiterates: The new series airs in Spring 2017

It cites that Yusaku has a smart and stylish school uniform.

It then ponders what kind of ace monster Yusaku has compared to previous protagonists. 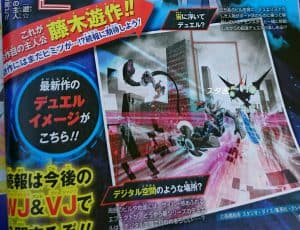 It then introduces the protagonist as Fujiki Yusaku and ponders what mysteries he’s hiding and asks readers to wait for further information.

The picture on the right of the scan is cited as being the series’ concept “Duel Image” of how Duels are planned to go.

It then notes that Duelists ride by building on boards that float in mid-air, Dueling along side their monsters as they move at high speed.

Duels in this series apparently occur in cyberspace, as shown by the digital effects dominating the buildings and the raceway.

And again reiterates to check out Weekly Jump and V Jump for further information.