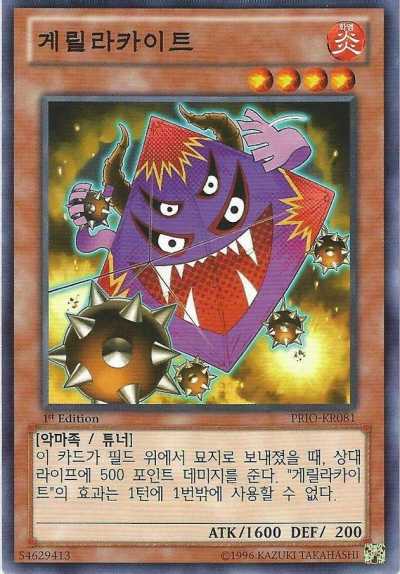 PRIO-KR082 Guerillakite
Level 4 FIRE Fiend-Type Tuner Effect Monster
ATK 1600
DEF 200
When this card is sent from the field to the Graveyard: Inflict 500 Damage to your opponent. You can only use the effect of “Guerillakite” once per turn. 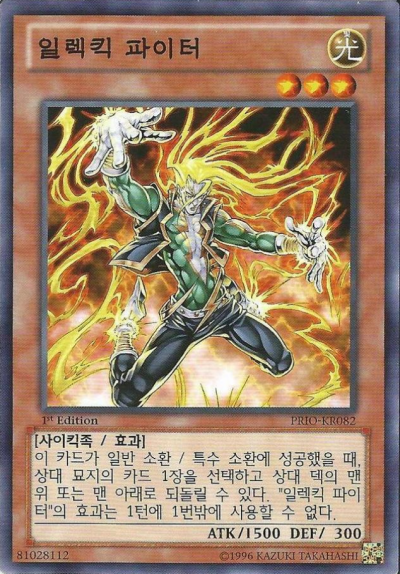 PRIO-KR082 Watt-chic Fighter
Level 3 LIGHT Psychic-Type Effect Monster
ATK 1500
DEF 300
When this card is Normal or Special Summoned: You can target 1 card in your opponent’s Graveyard; put that target on the top or bottom of the Deck. You can only use the effect of “Watt-chic Fighter” once per turn. 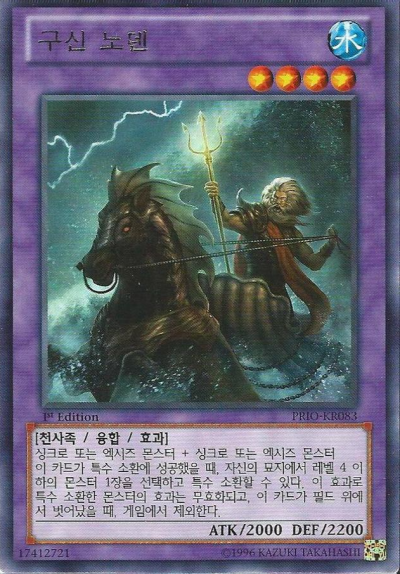 PRIO-KR083 Elder God Noden
Level 4 WATER Fairy-Type Fusion Effect Monster
ATK 2000
DEF 2200
2 Synchro and/or Xyz Monsters
When this card is Special Summoned: You can target 1 Level 4 or lower Monster in your Graveyard: Special Summon that Target. Its effects are negated. When this card leaves the field, banish that target. 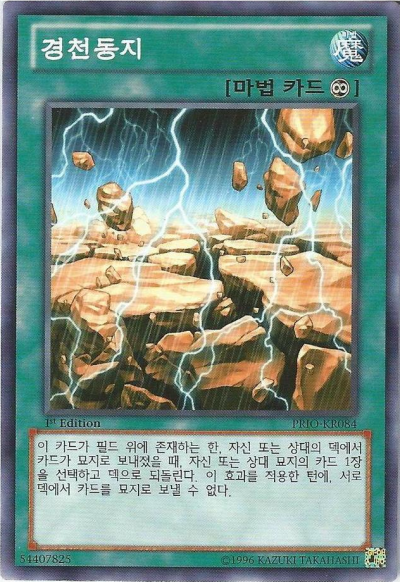 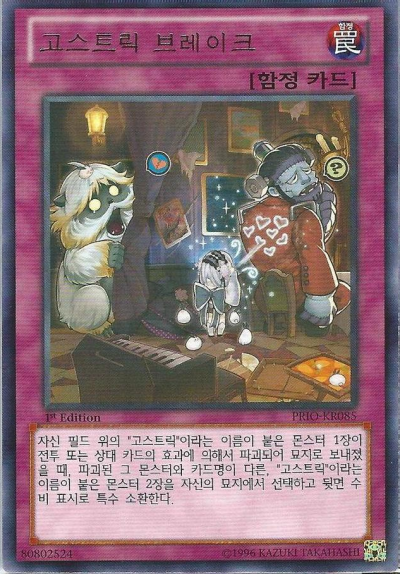 Source
Us. One of our guys went to Korea’s prerelease events and got his hands on the cards.