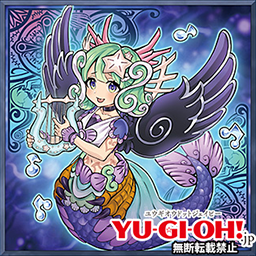 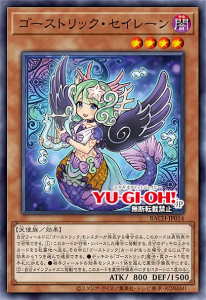 BACH-JP014 Ghostrick Siren
Level 4 DARK Fairy Effect Monster
ATK 800
DEF 1500
Cannot be Normal Summoned, unless you control a “Ghostrick” monster.
(1) If this card is Normal Summoned or flipped face-up: Send the top 2 cards of your Deck to the GY, then, if there was a “Ghostrick” card among them, you can apply 1 of these effects.
● Add 1 “Ghostrick” Spell/Trap from your Deck to your hand.
● Change 1 Effect Monster your opponent controls to face-down Defense Position.
(2) Once per turn: You can change this card to face-down Defense Position. 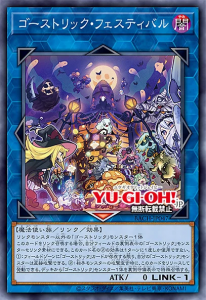 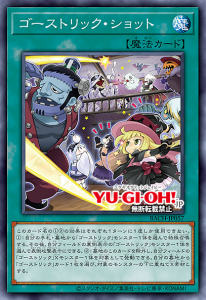 Note: This is a play on the term, Trick Shot. 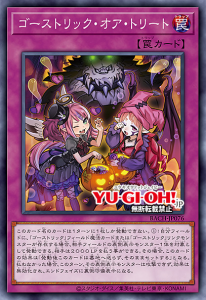 BACH-JP076 Ghostrick or Treat
Normal Trap Card
You can only activate 1 card with this card’s name per turn.
(1) If you control a “Ghostrick” Link Monster or Field Spell: Target 1 face-up monster your opponent controls; your opponent can pay 2000 LP to make this effect become “Set this card face-down instead of sending it to the GY”, otherwise, this turn, that target cannot attack, its effects are negated, also it is changed to face-down Defense Position during the End Phase.