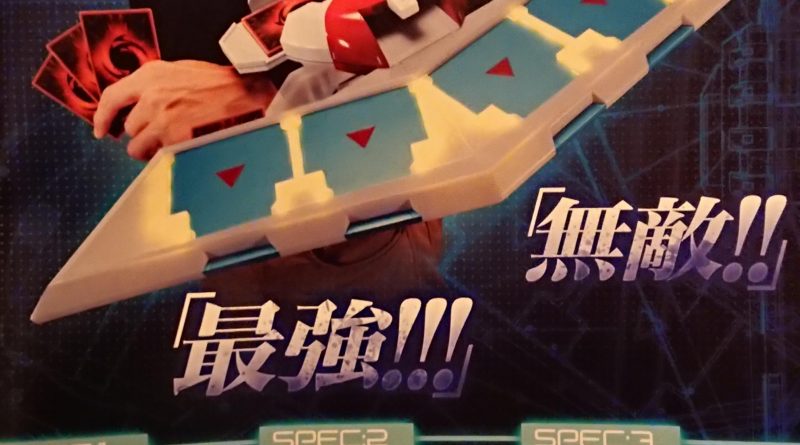 The really expensive one. 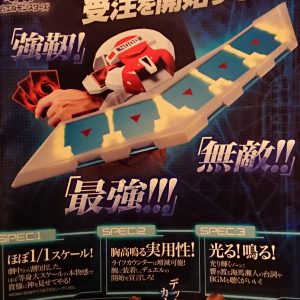 It has a working Life Point Counter

It’s shiny, with zones that can fit sleeved cards, and it plays Background Music from the original TV show. 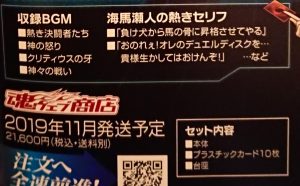 It plays BGM such as “Passionate Dulists”, “Anger of God”, “The Fang of Critias” and “Battle of the Gods”

It also can play audio clips from Kaiba from the anime, including him insulting Jounouchi.

It also comes with a Pedestal, 10 Plastic Cards, and the Duel Disk itself 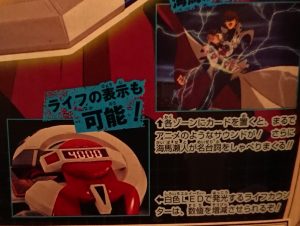 It has LED Lights for the Life Counter and if you place cards on the Disk, it’ll play music from the TV show and various Dialogue.

It’s intended for consumers of Ages 15 and older