Apparently Avance has another armor… 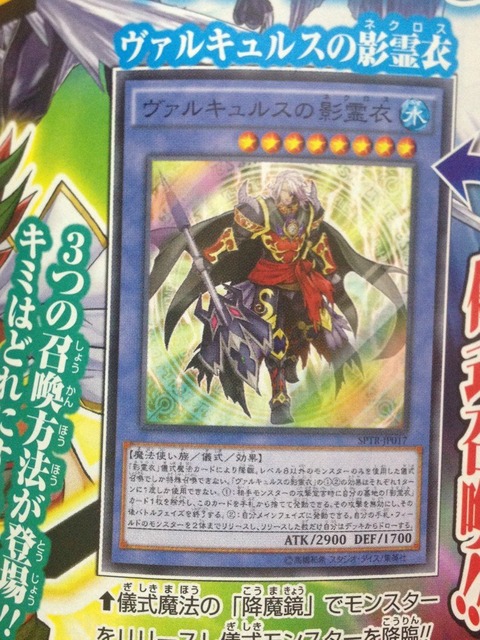 Valkyrus no Necloth / The Necloth of Valkyrus
Level 8 WATER Spellcaster-Type Ritual Effect Monster
ATK 2900
DEF 1700
Can be Ritual Summoned with any “Necloth” Ritual Spell Card. Must be Ritual Summoned using monsters that are not Level 8 and cannot be Special Summoned by other ways. You can only use each effect of “The Necloth of Valkyrus” once per turn.
(1) When an opponent’s monster declares an attack: Banish 1 “Necloth” card from your Graveyard, then discard this card from your hand; negate that attack, then end the Battle Phase. (This is a Quick Effect)
(2) During your Main Phase: Tribute up to 2 monsters  from your hand and/or your side of the field, then draw a number of cards equal to the number of Tributes. 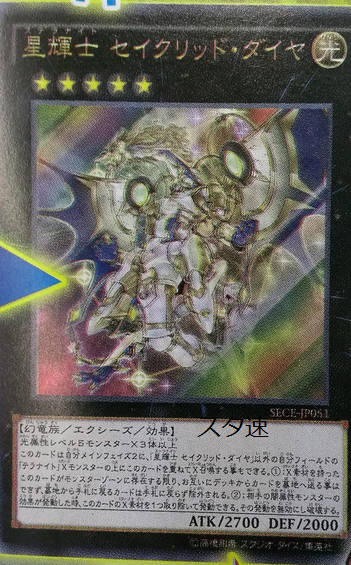 Stellarknight Sacred Dia / Constellarknight Diamond
Light Wyrm / Xyz / Effect
RK5 2700/2000
3 or more Level 5 LIGHT monsters
During your Main Phase 2, you can also Xyz Summon this card by using a “tellarknight” Xyz Monster you control as the Xyz Material, except for “Constellarknight Diamond”. (Xyz Materials attached to that monster also become Xyz Materials on this card.) (1) While this card has Xyz Materials, neither player can send cards from the Deck to the Graveyard, and if a card would be returned from the Graveyard to the hand, banish it instead. (2) When an opponent’s DARK monster activates an effect: You can detach 1 Xyz Material from this card; negate that activation, and if you do destroy it. (This is a Quick Effect)