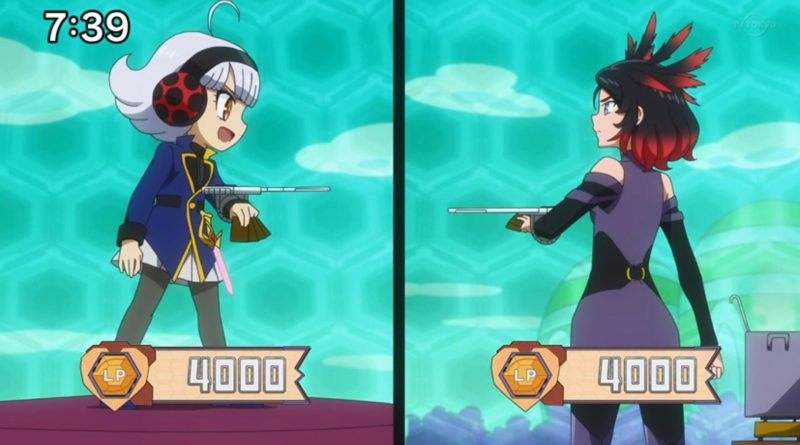 Never accept your man cheating on you with another girl at Space Denny’s.

Episode 41: ニャカヨシ星の奇跡 – Nyakayoshi-sei no Kiseki
(The Miracle of the Pawtner Planet)
The group succeeded in thawing the people of the Pawtner Planet. Their celebration was short-lived, however, as Dinova Velgear, a woman who called herself Zuwijo’s right-hand woman, appeared before them. Mitsuko wants to know where Zuwijo is, so she challenges Dinova to a Duel!

NOTE: Dinova’s name can alternatively be spelled as Dignois, which is what the inhabitants of Digne-les-Bains would be called in France, as shown here: