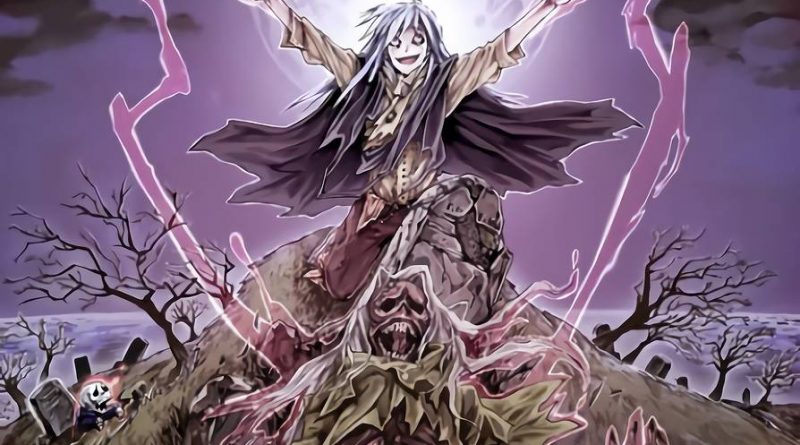 Might we be getting close to the end of Duelist Kingdom saga?

The Duelist Kingdom tournament brought together the best Duelists to compete for fame and glory. Some of Yugi’s strongest rivals made their first appearance, and this booster set is dedicated to all the challengers that you must overcome to become the champion!

Bonz is back once more with a new Skill. He can graft the ability of the Zombie Master right onto a Zombie you control, allowing it to become a master of necromancy and resurrect any Level 4 or lower Zombie from the Graveyard!

Terror from the Deep!

Mako Tsunami has another monster waiting in the depths. His brand-new Skill unlocks the hidden powers of Kairyu-Shin, a card making its first debut in the TCG exclusively in this set! Granting your WATER monsters protection from Traps and drawing more cards if your Kairyu-Shin leaves the field, even the most seasoned captain will be crying abandon ship in the face of such a monster!

Based on the powerful Spell Card from Legendary Duelists: Ancient Millennium, this Skill turns any equipped Insect from either side of the field into the biggest bugs imaginable. Evolution is inevitable, but will you try to stand in its way or wield the power for your own?

Speed Duel: Trials of the Kingdom also includes excellent options to power up your Decks! You can rip cards out of your opponent’s hand with the leader of the Dark Scorpion: Don Zaloog; turn back the clock with Time Machine to rewrite history; and reel in a Fish, Sea Serpent, or Aqua monster from your Graveyard with Surface as fodder for bigger plays!

Special Skill Cards will also be available for the first time at the Speed Duel: Trials of the Kingdom Sneak Peek Event! Duelists will build their Decks on the day then choose 1 of 4 different new Skill Cards to fit their strategy. These Skill Cards are brand-new and only available at the Sneak Peek Event, so contact your local Official Tournament Store (OTS) and make sure you’re ready for the big day!

Launching Friday, 12/6, the Speed Duel: Trials of the Kingdom booster set pays homage to the Duelist Kingdom tournament that brought together the best Duelists, including some of Yugi’s strongest rivals, to compete for fame and glory. Dedicated to all the challengers that you must overcome to become the champion, the full set is complete with 50 cards, including 45 new-to-Speed Duel cards and 5 new Skill Cards! Each 4-card pack will retail for $1.49.