We were asked by one of our affiliates to clear the air about their recent site update. They’ve worked on it for a long time, and since their site coder had a holiday today, he had time to finish it up.

Aside from their site login screen restoring Black Luster Soldier to its background and gaining a new BGM by the name of “Worthy Rival“, the changes are mostly quality-of-life upgrades. The first would be a massive modification of the gameplay UI.

Here we see the new arrangement of the gameplay UI. To make room for two new card zones, old elements of the UI were all compressed and shifted to more efficiently use space. 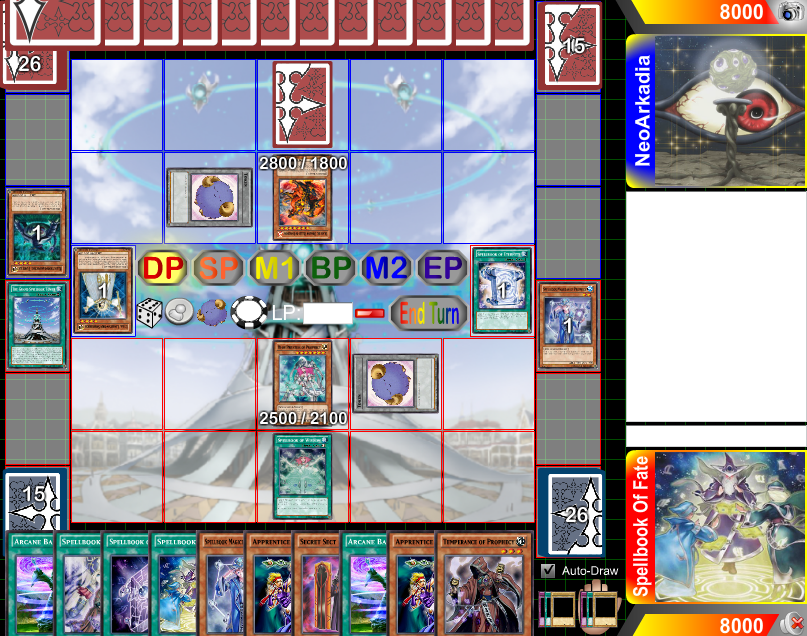 Note the new locations for Field Cards, banished cards, and the Graveyard.

Spellbook Magician of Prophecy is in the Graveyard, while Spellbook of Eternity is Banished.

Also note that Tokens are now grey, as they ought be.

Also note that the number showing the total cards in your Extra Deck is not centered: this ensures a large number of cards being in your hand will not block your view of that number.

Some of you might be wondering: “why are there new card zones?” We have the answer to that question right here, in our video about Pendulum Summoning.

In light of that, another edit was necessary: 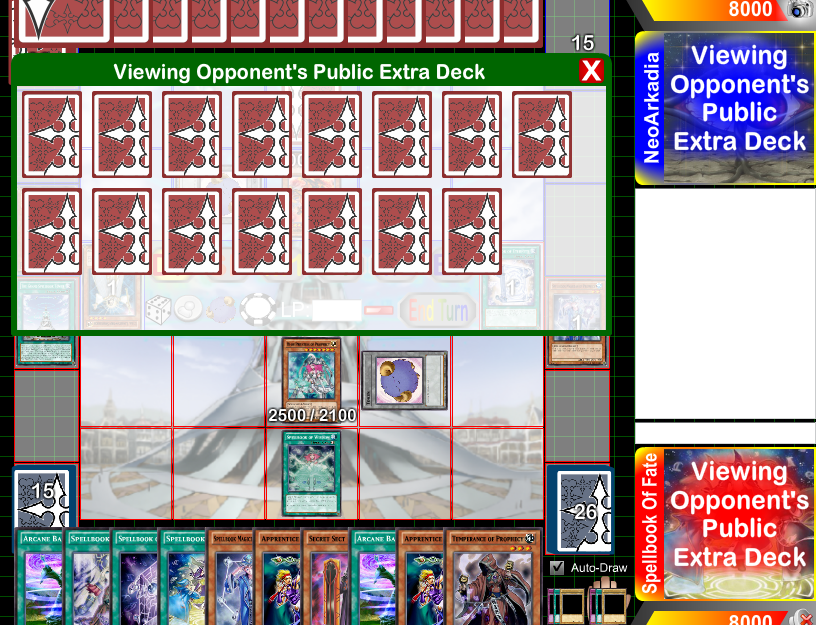 Other changes include edits to the site deckbuilder, to account for the onset of Pendulum monsters and the upcoming Wyrm-Type.

And, of course, the Organization’s own translations were installed on the site, to make clear exactly how the Pendulum monsters work. You can find some of those translations here, if you’d like a reminder.

Further, Artifact fans would be gratified to know that the site’s coder has updated Artifact Setting – by moving the button to the bottom. Now it should look more like how one would Set any other card, at the same pace.. Scythe, Longinus, and Chakram all lacked proper functionality as well, and he’s fixed that too.

He’d also like to remind players about the “/banish X” and “/mill X” commands, so that you can quickly bury or banish cards from the top of your Deck.