A ton of new pins from Pin Club, and Rescue Rabbit plushies will be available at New York Comic Con.

First up, the Konami booth at NYCC is #2019 (at the entrance to Hall 3B inside the Javits Center) is holding demo events where you can win one of these Rescue Rabbit plushies. 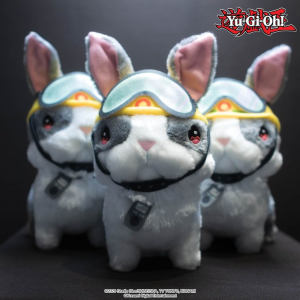 In addition, Pin Club have revealed eight new pins they will be selling at their event, likely $10-15 USD each. In addition, Pin Club are also selling their previously shown Elemental HERO Neos, Pegasus (and his monsters) and Red-Eyes Black Metal Dragon pins. It’s unclear as to whether any of these pins will be available for purchase on their website or at later events.