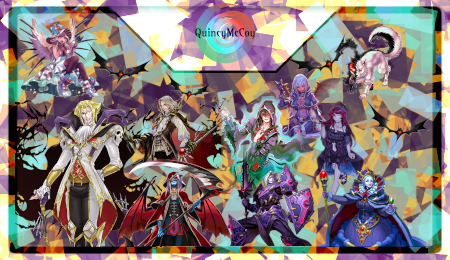 Welcome back for another profile on good old Halloween fun, this time centering on the Vampire archetype. Vampires have been around for quite some time in this game, and over that period, they’ve been given waves of support with different ways of playing the game. To illustrate this, the archetype features mechanics such as draining the Opponent’s life points, draining their deck, using your LP as cost, Tribute Summoning, effects from the GY, stealing your opponent’s monsters, and Link/Xyz summoning… Yeah, a lot. Well the newest wave of support somehow manages to support all of these with just a few new cards, so let’s focus on the highlights. Vampire Ghost Ogre (YGOrg Translation) is now the theme’s prime starter, sending a Vampire card from the hand or field when Normal Summoned to tutor a Level 4 or higher Vampire, then send a Level 2 or lower Vampire to the GY. This sets up your Vampire Familiar and Vampire Retainer for GY shenanigans, while also tutoring a tribute-summonable Vampire. And by the way, Ogre also has a quick effect in the GY to allow you to Normal Summon immediately – Awesome. As far as Vampire Fascinator (YGOrg Translation) , the new Link 3 monster, this lets you steal a monster from the opponent’s GY, in addition to stealing monsters your opponent controls by tributing a Vampire. And lastly, The Undead Vampire (YGOrg Translation) is the new boss, a Rank 8 Xyz that can be summoned with any monsters with a Level that your opponent owns!

Undead isn’t just a boss to overlay on what you steal though, it also sends the top 4 cards of both players decks to the GY, then lets you summon one of the monsters sent! As we all know, Zombies LOVE the GY, so this is a perfect boss for the archetype. Moving outside of the new cards, the Vampire theme still has a bunch of fun tools and tricks we know and love. Vampire Domination let’s you negate and destroy any effect activation, Vampire’s Domain gives you more Normal Summons and LP draining, and Vampire’s Desire can swap out monsters on your field for Vampires in your GY, or setup your GY with other Vampire monsters! These Vampire cards, when combined with great generic tech options such as Zombie Necronize or Ice Dragon’s Prison to steal even more of your opponent’s monsters, quickly become a force to be reckoned with. So why wait in your coffin, the Vampires are Awakening and require your mortal assistance. Fangs for the memories boys!

Note: This is continuing the style of Creative Deck Profile articles, designed to showcase a build through replays and an attached summary. If you wish to see a CDP for an archetype, theme, or strategy you love, feel free to private message me on the YGOrg Discord server, the comments section of any of my YouTube videos, or just post a comment in response to this article on our Facebook page with your ideas to keep under consideration! On most YGO-related communities my username is Quincymccoy, so feel free to reach out. Current pending requested profiles include: TeleDAD, Yang Zing, BLS, Icejade. Some of my prior requests was covered by participants in CDSS6 and even more were re-covered in CDSS7, so I highly suggest checking those out and subscribing to my channel for all of my latest profiles on YouTube! 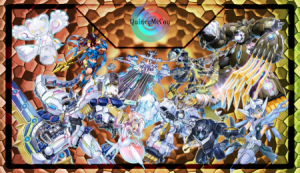