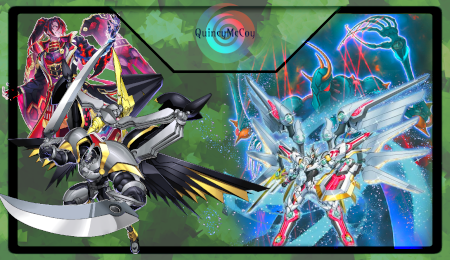 Who needs to Exceed Hope when you have a Wok?

Welcome back for today’s profile featuring a ‘Number’ of archetypes interplaying to allow for both pseudo-FTKs and grindy beatdown gameplay. Let’s start with the pseudo-FTK, enabled by Hyper Rank-Up-Magic Utopiforce. This Normal Spell Card can target a Rank 9 or lower Utopia Xyz monster to Rank-Up into a Rank 10 or higher Utopia or Utopic monster. Additionally, if another Xyz Monster is summoned by the effect of a Rank 10 or higher Utopia or Utopic monster, Utopiforce can attach itself as Xyz Material. Now this card is extremely powerful for two reasons: the first is Number 99: Utopia Dragonar, the second is the inherent Rank-Up potential of Utopia monsters. Dragonar can detach 2 materials as a Quick Effect to Special Summon a Number monster from the Extra Deck. Since Utopiforce gives that summoned monster an immediate Xyz Material, you can bring out things like Number 97: Draglubion or Number 43: Manipulator of Souls, both of which contribute to the FTK. Once you bring out Draglubion, you can use its effect by detaching Utopiforce to Special Summon Number 100: Numeron Dragon. Numeron has an effect to gain ATK equal to the combined Ranks of all Xyz Monsters on the field x1000, meaning it will normally hit ~23,000 ATK. All that remains for the FTK is a card that gains LP equal to a monster’s ATK, such as Destruct Potion or Mystic Wok, and the opponent’s LP just melts away via the effect of Manipulator of Souls.

As to why this is consistent, that’s where Number 39: Utopia and Number C39: Utopia Ray come in, as a simple combo of 2 Level 4 Monsters into Utopia gives you all the material you need on Dragonar to activate its effect twice – once for Draglubion and once for Manipulator! But there’s another benefit to using Utopia support cards – the ZS archetype. ZS – Ascended Sage can Special Summon itself from the hand while you control no cards, plus when used as Xyz Material for a Utopia monster, it tutors any Rank-Up-Magic Normal Spell. As for the other Level 4, you can turn to ZS – Armed Sage, Astral Kuriboh, Astraltopia, or even the Kashtira archetype. Now if you’re wondering why Kashtira – either Kashtira Fenrir, Terraforming, or Prime Planet Paraisos (YGOrg Translation) gives you access to Kashtira Riseheart (YGOrg Translation), another Level 4 Warrior that can easily Special Summon itself from the hand. With all the Number monsters generated from the core combo, I’m also running Numbers Protection as an effective Counter Trap to disrupt the opponent, as well as Memories of Hope for even more draws. I’m hopeful that you enjoy the Number of cool ways this deck can win the duel – it’s just Double or Nothing! baby!

Note: This is continuing the style of Creative Deck Profile articles, designed to showcase a build through replays and an attached summary. If you wish to see a CDP for an archetype, theme, or strategy you love, feel free to private message me on the YGOrg Discord server, the comments section of any of my YouTube videos, or just post a comment in response to this article on our Facebook page or through the site with your ideas for me to keep under consideration! On most YGO-related communities my username is Quincymccoy, so feel free to reach out. Current pending requested profiles include: Hunder, Tellarknight, Evil Eye, Nekroz 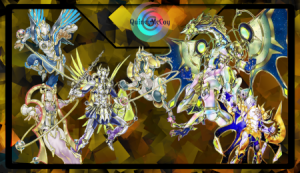