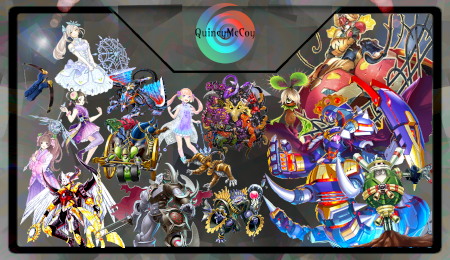 Welcome back to another dual-profile, this time centered on displaying the intricacies of the Therion theme. Besides having text that must have been a nightmare to localize for the TCG, the Therion archetype features a group of monsters of diverse types that can Special Summon themselves from the hand by equipping another Therion monster or a monster of the same type from the GY. Additionally, whenever most Therion monsters are equipped to another via one of these effects, the Monster Therion gains the monster effects of the equipped Therion monsters as well. For example, Therion “Lily” Borea can be summoned by equipping a Therion or a Plant monster, and it can send any card from your hand or field to the GY to tutor a Therion Spell/Trap. The boss monster of the Therion theme is Therion Irregular (YGOrg Translation), a Level 10 Machine that equips up to 3 Therion monsters from your GY to Special Summon from the hand, of course gaining their effects and adding extra muscle. Given all that, let me discuss the two strategies I’m presenting today.

As for the second build today, this one is Superheavy Rikka Therion. This features the Superheavy Samurai archetype, a group of EARTH machines designed to be played without Spells/Traps, using them as an engine to support the WATER plant Rikka archetype. This interacts with the two primary Therion monsters, Borea (plant) and Therion “King” Regulus (machine) quite nicely, but definitely just uses the Therion monsters as a side engine rather than a core strategy component. After cycling through endless Superheavy Samurai monsters and gaining absurd card advantage, the goal of this build is to pass the strategy over to the Rikka to close out the duel with powerful Xyz monsters. Rikka Queen Strenna, when tributed, can bring out other Plant Xyz monster such as Sacred Tree Beast, Hyperyton, but the newest members of the Rikka archetype really drive this strategy forward. Their new Level 4 monster, Rikka Snow Princess (YGOrg Translation), gives the deck the ability to disrupt your opponent’s monster effects, and Rikka Arrival (YGOrg Translation), the archetype’s first Field Spell, lets you tribute your opponent’s monsters in place of your own to activate Rikka effects. Combine this with a Rikka Glamour that Arrival can set from the deck, and you can trade an opponent’s monster to tutor a Borea and a Snowdrop the Rikka Fairy or a Rikka Snow Princess and a Primula the Rikka Fairy – the options are endless, so take full advantage of all this bridal theme has to offer!

Spells: 9
| Reinforcement of the Army
| Therion Charge
| Terraforming
| Called by the Grave
| Infestation Pandemic
| Double or Nothing!
||| Therion Discolosseum

Note: This is continuing the style of Creative Deck Profile articles, designed to showcase a build through replays and an attached summary. If you wish to see a CDP for an archetype, theme, or strategy you love, feel free to private message me on the YGOrg Discord server, the comments section of any of my YouTube videos, or just post a comment in response to this article on our Facebook page with your ideas to keep under consideration! On most YGO-related communities my username is Quincymccoy, so feel free to reach out. Current pending requested profiles include: HERO, Neos, Danger!, Star Warrior, Dual Avatar, Blackwing, Prank-Kids, Wight. 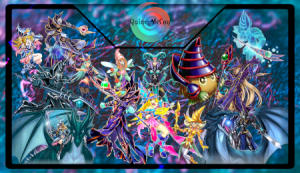