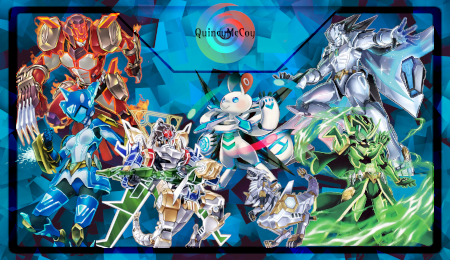 It’s time to suit up boys, we got some fighting to do!

Speaking of Alphan, this is the card that sets most of the deck in motion. Whenever it’s on your field, you can tribute the cute lil’ critter to reveal 3 Super Quant monsters with different names in your Deck, randomly getting to summon 1 while sending the rest to the GY. In other words, Alphan just triggers 3 Super Quant effects at once, giving you the boost you need to launch into your flurry of Xyz Mech Beasts. On the Mech Beast side, Super Quantal Mech Beast Lusterrex, the Rank 7, can detach a material to negate an Effect Monster. Another example is Super Quantal Mech Beast Magnaliger, the Rank 5, who can destroy a monster. For any of these Mech Beasts, their effects become Quick Effects while they have the right pilot as Xyz material. At any rate, this deck is held together via free card advantage with the help of their very own Link 3 monster, Neo Super Quantal Mech King Blaster Magna. Whenever a Super Quant Xyz Monster is Special Summoned from the Extra Deck to a zone it points to, you get to draw a card. Combine that with Magnacarrier to upgrade your whole board for essentially free. Then use the final effect of Magnacarrier to Special Summon Super Quantal Mecha King Great Magnus, an unaffected boss that prevents your opponent from adding cards from the Deck to the hand by card effects, as long as you have enough Xyz material. Don’t choose to fight alone – join your Mech Beast and unite with the Super Quants!

Note: This is continuing the style of Creative Deck Profile articles, designed to showcase a build through replays and an attached summary. If you wish to see a CDP for an archetype, theme, or strategy you love, feel free to private message me on the YGOrg Discord server, the comments section of any of my YouTube videos, or just post a comment in response to this article on our Facebook page with your ideas to keep under consideration! On most YGO-related communities my username is Quincymccoy, so feel free to reach out. Current pending requested profiles include: Prediction Princess, Ghoti. 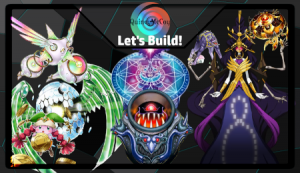