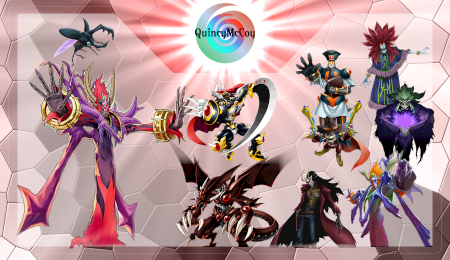 Rise from the ashes with their fiendish new support cards.

The Infernity rise from the ashes as this DARK Fiend strategy embracesthe new support both in Phantom Rage and OCG-only, manga-originating cards. The wave of recent support offers the Infernity archetype valuable tools to extend their combos, protect their plays, and widen their set traps going into the opponent’s turn. Infernity Barrier remains a great negation option, disrupting any activated effect while you control an Infernity and no hand, but Infernity Suppression is a recent addition that can even be activated the turn it is set! The other new key card, Infernity Paranoia, gives you the ability to pull more Infernity from your deck by tributing any DARK monster with the same level on your field – it makes for a great way to get that second Infernity Necromancer into your GY, which functions as a replacement hand for this theme. Additionally, it allows for a follow-up play on your subsequent turn, should your opponent remain in the duel through your first assault! At the end of the day, this theme is still the looping machine it once was, just with more consistency, more resiliency, and even more fun opportunities to fill out your backrow. Never yield to the recurring fires of hell with the Infernity!

Note: This is continuing the style of Creative Deck Profile articles, designed to showcase a build through replays and an attached summary. If you wish to see a CDP for an archetype, theme, or strategy you love, feel free to private message me on the YGOrg Discord server, the comments section of any of my YouTube videos, or just post a comment in response to this article on our Facebook page with your ideas to keep under consideration! On most YGO-related communities my username is Quincymccoy, so feel free to reach out. As of now, I have 3 outstanding requests that I am considering: Amazement, Sunavalon, and Symphonic Warrior. Some of my prior requests was covered by participants in CDSS5, which recently completed on my Channel, so I highly suggest checking that out and subscribing for all of my profiles on YouTube! 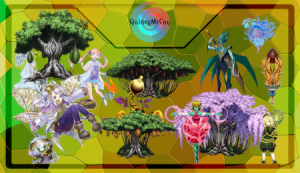