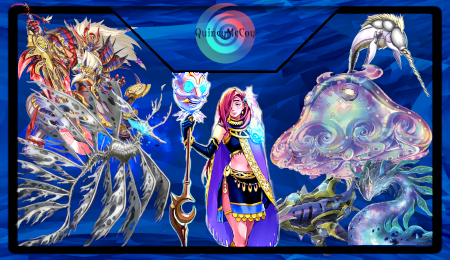 Welcome back to another profile on the Ghoti TCG World Premiere archetype, and this time I’ve cut back on the Ghoti cards to streamline a build. If you want to check out Ghoti in various forms, I’d suggest checking out my previous profiles: CDP: Ghoti of the Banishing Depths or CDP: Ghoti Twice, with Coelacanth Sharks and Myutant Metaphys .

To keep it short, the Ghoti theme is a set of Fish monsters bent on banishing as much as possible, then coming back from your banished pile enough times for you to win the duel. They’re led by Ghoti of the Deep Beyond, a Level 10 Fish Synchro that banishes all cards on the field when Synchro Summoned during the opponent’s turn. To enable this, Shif, Fairy of the Ghoti and Paces, Light of the Ghoti Special Summon themselves during the Standby Phase of the next turn after they’re banished, plus they each have a Quick Effect to Synchro Summon during the opponent’s turn. What makes today’s build special and different is the baked in consistency that Arionpos, Serpent of the Ghoti brings to the table. This Level 6 Synchro banishes any Level 6 or lower Fish from your deck when Synchro Summoned, and it is best brought out using Supay, Duskwalker and Supay, the Inca cards! Duskwalker is Special Summoned by discarding any other card, and it brings Supay right out of the Deck, so it truly is the easiest way to a Level 6 Synchro. But that discard also can setup your Ghoti to be banished, such as discarding a Paces or Shif to then banish them from the GY with The Most Distant, Deepest Depths to tutor yet another Ghoti. With the Inca cards and the extender-heavy nature of the Ghoti, you will have no trouble waving goodbye to all the banished opponent’s cards in your future. Banish away and thanks for all the Ghoti!

Note: This is continuing the style of Creative Deck Profile articles, designed to showcase a build through replays and an attached summary. If you wish to see a CDP for an archetype, theme, or strategy you love, feel free to private message me on the YGOrg Discord server, the comments section of any of my YouTube videos, or just post a comment in response to this article on our Facebook page or through the site with your ideas for me to keep under consideration! On most YGO-related communities my username is Quincymccoy, so feel free to reach out. Current pending requested profiles include: Hunder, Fortune Lady, Sword Emperor, Albaz, Therion, Springans 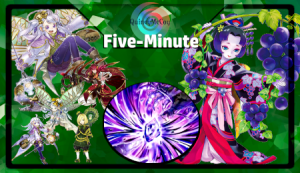