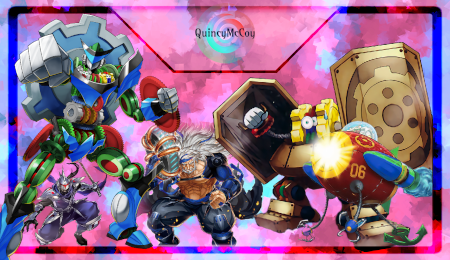 Flip those Gears into position!

Today’s CDP focuses on trying to showcase the flipping potential of the Geargia monsters – although I’ll be the first to admit that the playstyle of the Geargia theme leaves a lot to be desired in 2022! The Geargia archetype consists of EARTH Machines, and its time in the meta was solidified by Geargiarmor, a Level 4 monster that tutors another Geargia monster when flipped face-up. Two other monsters with similar flipping capabilities are Geargianchor, which destroys monsters on the field up to the number of other Geargia monsters you control, and Geargiattacker, which does the same for Spell/Trap cards. Each of these flipping Geargia monsters also can set themselves back face-down, allowing for further flipping shenanigans! Rounding out the Geargia support is Geargiaccelerator, which can Special Summon itself from the hand while you control a Geargia, and Geargiarsenal, which serves as a Lonefire Blossom for the archetype. The last Geargia card I’m employing is Geargiagear, a Normal Trap that summons (in my case) 2 Geargiano Mk-II monsters from the deck, increasing their Level to 4. With all of these Level 4 Machines, the Rank 4 Xyz toolbox is at their disposal, led by the theme’s iconic Gear Gigant X.

Now the second half of this hybrid strategy consists of Ninja monsters! The Ninja have gotten countless waves of support over the years, but the most recent wave has centered around Fusion Summoning either Meizen the Battle Ninja or Yaguramaru the Armored Ninja (YGOrg Translation), or by tributing 2 Ninja monsters with different types. Tobari the Sky Ninja supports this style very effectively, but Mitsu the Insect Ninja is also here to assist in negating your opponent’s pesky activated monster effects. This new batch of Ninjas is led by Jio the Stacked Ninja (YGOrg Translation), which supports the flipping playstyle quite well, as well as a few Ninjistu Art cards that improve consistency such as Ninjistu Art Notebook of Mystery and Ninjistu Art of Dancing Leaves. The final key tech card in this strategy holding this together is Ceasefire – since none of the Ninjas or Geargia that I’m using are actually FLIP monsters, this burn trap can still trigger their effects when flipped face-up! Grind your gears with some Ninjas – it’s just pure casual fun.

Note: This is continuing the style of Creative Deck Profile articles, designed to showcase a build through replays and an attached summary. If you wish to see a CDP for an archetype, theme, or strategy you love, feel free to private message me on the YGOrg Discord server, the comments section of any of my YouTube videos, or just post a comment in response to this article on our Facebook page or through the site with your ideas for me to keep under consideration! On most YGO-related communities my username is Quincymccoy, so feel free to reach out. Current pending requested profiles include: Hunder, Evil Eye, Constellar, ‘Tellar’… again 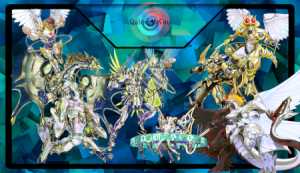