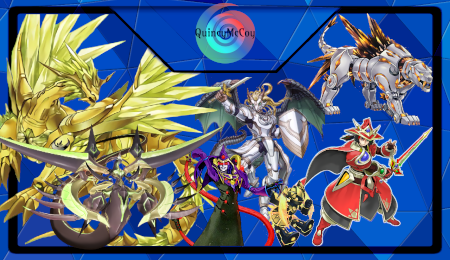 Machine Synchros and Pendulums, what more could you want?

Welcome back to today’s CDP, focusing on taking the Crystron theme in a new direction following the loss of their marquee link monster, Crystron Halqifibrax. The Crystron archetype lives to Synchro Summon during the opponent’s turn, with each of their Tuners, Crystron Rion, Crystron Citree, and Crystron Quan, being able to Special Summon a non-Tuner then immediately Synchro Summon a Machine Synchro monster. In support of this playstyle, the non-Tuner Crystron monsters live for destruction. Each can destroy a face-up card you control to Special Summon a Crystron Tuner from your deck. They also carry specific effects that are activated by banishing them from the GY; however, you must be careful, as you can only use 1 effect per turn. For example, Crystron Thystvern can banish itself to tutor a Crystron Monster, or Crystron Rosenix can summon a Level 1 Token. Leading this theme’s consistency is Crystron Sulfefnir, a Level 5 that can discard a Crystron card to Special Summon itself, then you destroy a card you control. If it is destroyed, you also get to Special Summon any Crystron from your Deck.

Now all of this destruction, we had to find something to go along with it, and that’s where the Pendulum Magicians come in, the servants to Supreme King Z-ARC. Double Iris Magician tutors a Pendulumgraph card when destroyed, such as Star Pendulumgraph which will tutor you even more Magician Pendulum Monsters when you destroy other ones. The other key option is Purple Poison Magician, which destroys another face-up card when it is destroyed. This also plays well into Chronograph Sorcerer and Astrograph Sorcerer, two boss monsters that can Special Summon themselves from the hand when a card you control is destroyed by battle or card effect. Each of these also has a way to summon out Supreme King Z-ARC correctly – by banishing that monster and a Pendulum Dragon, Xyz Dragon, Synchro Dragon, and Fusion Dragon monster from your hand/field/GY. However, we can also turn to the new Trap Card, Soul of the Supreme King (YGOrg Translation), to cheat out Z-ARC at the cost of half of your LP!

Finally, we get around to the last segment of the strategy – the Dracoslayers. This archetype also has an affinity for destruction, with Ignis Phoenix, the Dracoslayer summoning any other Dracoslayer from your deck when destroyed by battle or card effect. They also recently received a new Field Spell, Dragonic Pendulum, which also triggers when destroyed, Special Summoning a Dracoslayer monster from your Deck. If you haven’t put the pieces together right, all of these Pendulum support cards give your Crystron monsters something influential to destroy, then Machine type Synchro monsters can swoop in to give you victory. Whether it is F.A. Dawn Dragster or Navy Dragon Mech negating cards or Tilting Entrainment and Symphonic Warrior Rockks recovering Pendulum monsters from your face-up Extra Deck, you have an array of tools at your disposal to destroy your opponent… With a fun casual hybrid deck of course!

Note: This is continuing the style of Creative Deck Profile articles, designed to showcase a build through replays and an attached summary. If you wish to see a CDP for an archetype, theme, or strategy you love, feel free to private message me on the YGOrg Discord server, the comments section of any of my YouTube videos, or just post a comment in response to this article on our Facebook page or through the site with your ideas for me to keep under consideration! On most YGO-related communities my username is Quincymccoy, so feel free to reach out. Current pending requested profiles include: Hunder, Tellarknight, Evil Eye, Nekroz 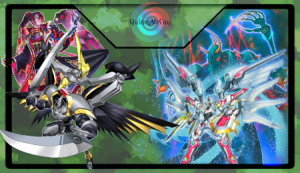