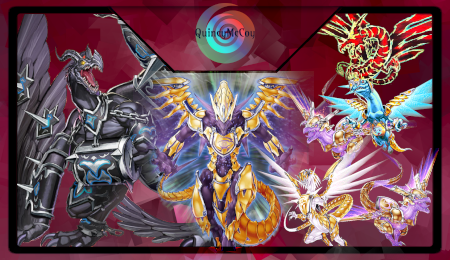 The Tribute Dragons with the Banish Dragons…

Today’s profile features the Bystial archetype, an archetype of LIGHT and DARK Dragons that can easily Special Summon themselves from the hand by banishing a LIGHT or DARK monster from either GY. This theme is led by The Bystial Lubellion, a Level 8 Dragon that can be sent from the hand to the GY to tutor any other Bystial Monster, and once it’s on your field, it can place a Branded Continuous Spell/Trap directly from your Deck on your field each turn. In terms of options there, Branded Regained gives you an additional draw by returning a banished LIGHT or DARK monster back into the Deck, Branded Inevitable (YGOrg Translation) can be used to protect the activation of a Bystial monster effect, and Branded Beast can tribute a Dragon monster to destroy a card your opponent controls. If your ears just perked up with the thought of tributing a Dragon, so did mine, so let’s talk about the Hieratics!

The Hieratic archetype is composed of LIGHT Dragons, with the most monsters in the archetype carrying an effect to summon a Normal Monster Dragon whenever they are tributed, just like Hieratic Dragon of Eset. In particular, whenever any of your Hieratics in this build are Tributed, you can Special Summon out Labradorite Dragon, a Level 6 DARK Normal Tuner. Given that the Bystial monsters are also Level 6, as is Hieratic Dragon of Su and Hieratic Dragon of Tefnuit, you can utilize this Labradorite and your Hieratic or Bystial monster to bring out Ultimaya Tzolkin from the Extra Deck, unleashing even more Synchro Dragons straight from your Extra Deck! Now one card tributing might not be enough to draw up a connection between the Hieratic and Bystial/Branded themes, but the Bystial archetype also received another new monster in PHHY, Bystial Baldrake (YGOrg Translation) , which can tribute a LIGHT or DARK monster when your opponent Special Summons a Ritual, Fusion, Synchro, Xyz, or Link monster to banish that Summoned monster. With two highly searchable cards that tribute to control the gamestate, that’s more than enough to leverage the Hieratic archetype to be an effective support core… while also retaining the ability to go for an OTK victory. Bring out the Drudge Dragon and claim victory with the Bystial Hieratic!

Note: This is continuing the style of Creative Deck Profile articles, designed to showcase a build through replays and an attached summary. If you wish to see a CDP for an archetype, theme, or strategy you love, feel free to private message me on the YGOrg Discord server, the comments section of any of my YouTube videos, or just post a comment in response to this article on our Facebook page with your ideas to keep under consideration! On most YGO-related communities my username is Quincymccoy, so feel free to reach out. Current pending requested profiles include: Hunder, Roid, Mermail 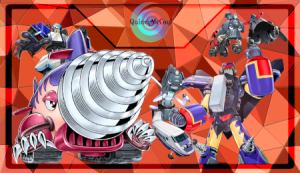