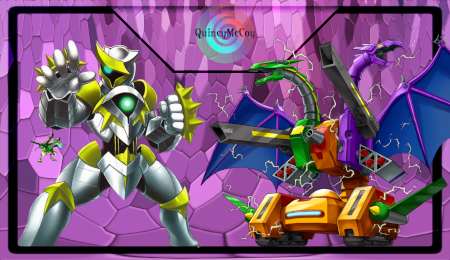 A classic combination, but with an Emperor!

Welcome back to another CDP, this time featuring a combination that has been well-used over time – combining Galaxy Soldier with the ABC LIGHT Union Monsters. You see, Galaxy Soldier can discard any other LIGHT monster to Special Summon itself from the hand, tutor another Galaxy Soldier, then if you have an additional LIGHT to discard, you can Xyz Summon Cyber Dragon Nova and then Cyber Dragon Infinity. Discarding the LIGHT monsters along the way actually advances your strategy, as ABC-Dragon Buster can be Special Summoned from your Extra Deck by banishing a copy of A-Assault Core, B-Buster Drake, and C-Crush Wyvern from your field or GY, so any discarded Unions are just fodder for the summon of Buster. Despite all of these monsters, the ABC strategy has primarily been competitive due to their Field Spell, Union Hangar, which tutors a LIGHT Machine Union on activation and equips an appropriate LIGHT Machine Union whenever a LIGHT Machine Union is Summoned. This strategy can also be supplemented by Unauthorized Reactivation, which equips any Machine Union from your deck to an appropriate Machine monster you control.

All of what I’ve said thus far isn’t all that new – but where things start to get a bit more interesting is when you factor in Photon Emperor (YGOrg Translation), one of the new Galaxy Support cards from PHHY. Emperor is a Level 8 monster that can Special Summon itself whenever it is sent to the GY (except by battle) while you have a Galaxy monster on your field/GY. Once Special Summoned, it also carries an effect that gives you an additional Normal Summon of a LIGHT monster. With Emperor, you no longer need to rely on Soldier to get those extra Machine Unions out of your hand, you have an extra Normal Summon now for that! Add Emperor to the new Galaxy Photon Dragon (YGOrg Translation), which tutors or mills any 1 Photon or Galaxy card from your Deck, and you have just enough to spice up an older strategy with some new techs. So get out their and Unionize with the ABC monsters!

Note: This is continuing the style of Creative Deck Profile articles, designed to showcase a build through replays and an attached summary. If you wish to see a CDP for an archetype, theme, or strategy you love, feel free to private message me on the YGOrg Discord server, the comments section of any of my YouTube videos, or just post a comment in response to this article on our Facebook page with your ideas to keep under consideration! On most YGO-related communities my username is Quincymccoy, so feel free to reach out. Current pending requested profiles include: Hunder, Mermail, Atlantean, Crystron 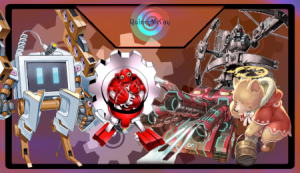