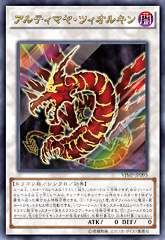 Ultimaya Tzolk’in
(Dragon-Type 0 Stars ATK 0/DEF 0)
(This card is always treated as a Level 12 monster.)
Cannot be Synchro Summoned. Must be Special Summoned (from your Extra Deck) by sending 1 Level 5 or higher Tuner monster and 1 Level 5 or higher non-Tuner monster you control with the same Level to the Graveyard, and cannot be Special Summoned by other ways. Once per turn, when a Spell/Trap Card(s) is Set on your side of the field (except during the Damage Step): You can Special Summon 1 “Power Tool” Synchro Monster or 1 Level 7 or 8 Dragon-Type Synchro Monster from your Extra Deck. While you control another Synchro Monster, this card cannot be targeted with effects or for attacks.

You Can Special Summon 7 and 8 Dragon-Type Synchro Monsters, Including Yusei and co’s “Duel Dragons”! 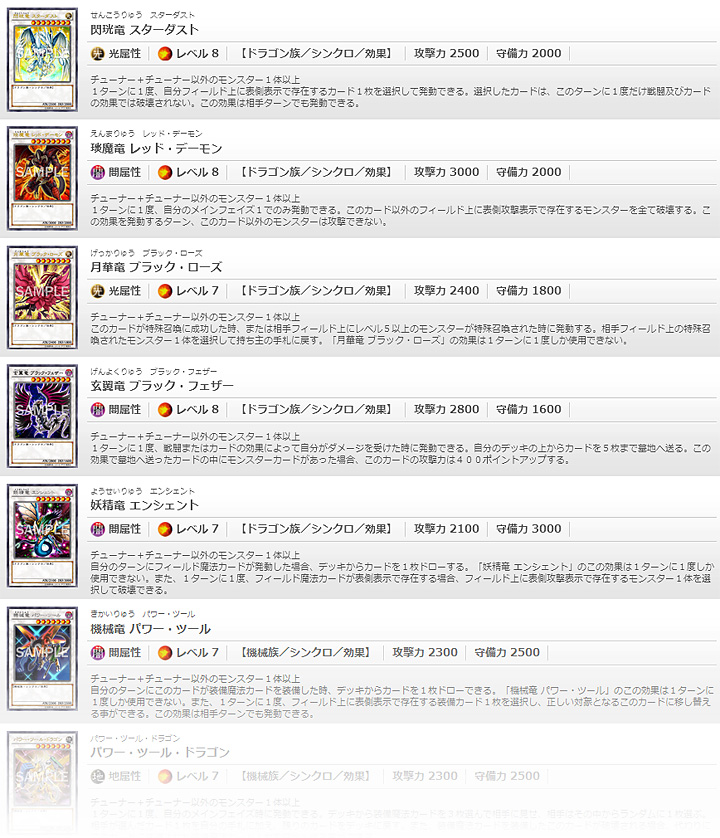 Special Summon One Synchro Monster After Another, Just Like From The Duel In The Manga!
The origin of every summit … … … …
How will you use the ultimate god “Ultimaya Tzolk’in” with its incredible effects? Cechk out its appeal and strengths, and get your hands on it quickly!

A video has been released where “Aikawa” uses a Deck built around the “Ultimaya Tzolk’in” introduced today along with cards from the latest Structure Deck, “Synchron Extreme”, to challenge the various Charisma Duelists!

This Video is only available in the e-book app “V Jump + V Jump Plus” of the February issue! For more information on how to access it, check out Page 340 of the February 2015 issue of V Jump!

Shueisha’s February 2015 issue of V Jump (on sale December 20th, 2014)
・It Includes The Official Card Game Card “Ultimaya Tzolk’in”!
・It’s Packed With The Latest Info About Yu-Gi-Oh!
・It comes with the Limit Regulations that go into effect January 2015!
・… And there’s so many other topics covered inside, so check it out!
[ V Jump WEB (Shueisha’s Official “V Jump” Website) ]