Concerning two overseas Duelists for LDS and the Fusion Yuya and Yuzu look-a-likes. Credit goes to Master Ghost for this information!

Note: The following is only excerpts from the original full article. Paragraphs which are repeating old information are cut out.

Four new characters – Yuuri, Serena, Dennis and Khalil are set to debut in the “Yu-Gi-Oh! ARC-V” anime series that is currently being aired every Sunday at 5:30 pm on the TV Tokyo channel. Together their concept arts have also been revealed. Furthermore, it has also been decided that Kakihara Tetsuya will play Dennis, whereas Murase Ayumu will play Khalil.

Dennis played by Mr. Kakihara is an exchange student from the Leo Duel School Broadway branch. Mr. Kakiraha commented, “Aiming to perform for all age groups and keeping them entertained, I took up this role of Dennis. Please do look forward to my appearance.” On the other side, Khalil is an exchange student from the LDS Anatolia branch. His voice actor, Mr. Murase commented, “I’m happy that audience members would be able to follow the development of Khalil as a character in this series!!”

Dennis and Khalil will appear in Episode 42 set to air on 8th of February. On the same day, a “Yuya Character Deck” will be presented as a gift to lucky audience members. 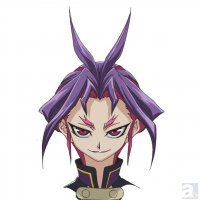 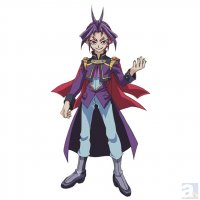 – Yuuri
A duelist under the command of the Professor at the Academia. 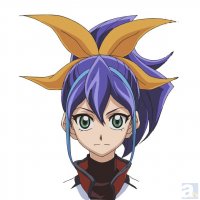 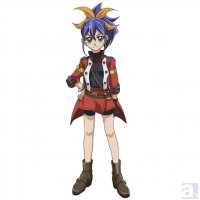 – Serena
A mysterious teenage girl who appears at Maiami City with her servant.
Seems to be acquainted with Reiji!? 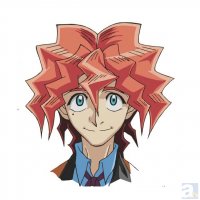 – Dennis
An exchange student from the LDS Broadway branch. 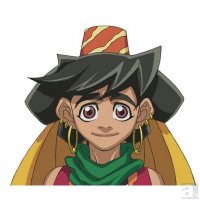 – Khalil
An exchange student from the LDS Anatolia branch.

Interview questions with Mr. Kakihara and Mr. Ayase
Q: Could you please tell us the charisma of your characters?
Kakihara: I feel that he (Dennis) is a character that is well-rounded and charismatic – he has a sense of humor, yet can also be serious at times. I look forward to play him every episode.
Ayase: Khalil is a character who loves dueling and is excited to be in a completely new environment. He is always so filled with energy, and I think that is something great from him.

Q: Do you have any messages to the audience?
Kakihara: Aiming to perform for all age groups and keeping them entertained, I took up this role of Dennis. Please do look forward to my appearance.
Ayase: I’m happy that audience members would be able to follow the development of Khalil as a character in this series!!

Now that’s interesting. First of all, Kakihara is a German-born voice actor. He’s only one of the few voice actors in the business who can speak almost perfect English plus a foreign language (German in his case) to top it off, and I think this is a very great casting choice for a foreigner character like Dennis.

I did not hear about Murase before but a look at his Wikipedia page and seems that he is still new to this industry. Like Kakihara, Ayase was born in Los Angeles and I do believe that speaks something about his English ability. No wonder he and Kakihara get the roles of Dennis and Khalil respectively, the first ever foreigners in the ARC-V series.