The new system of summoning revealed! 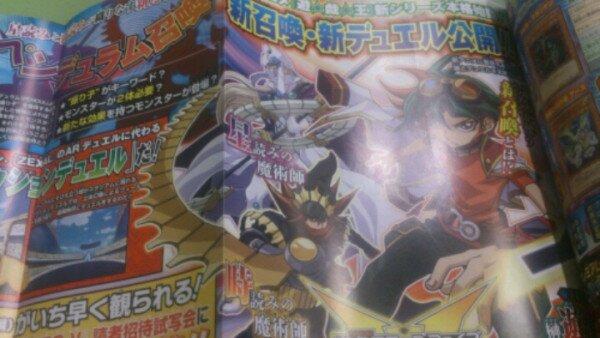 New form of Summoning and Dueling!

“Pendulum” is a keyword for this type of summoning!

And monsters with brand new types of effects will appear!?

The white monster next to Yuya is captioned with “Magician of Astromancy” and the black one is “Magician of Chronomancy”. 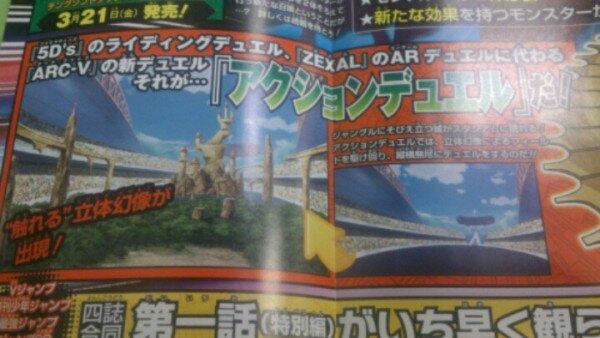 Following on the footsteps of “5D’s Riding Duel” “Zexal’s AR Duel”, is the brand new “Action Duel” of “Arc-V”! 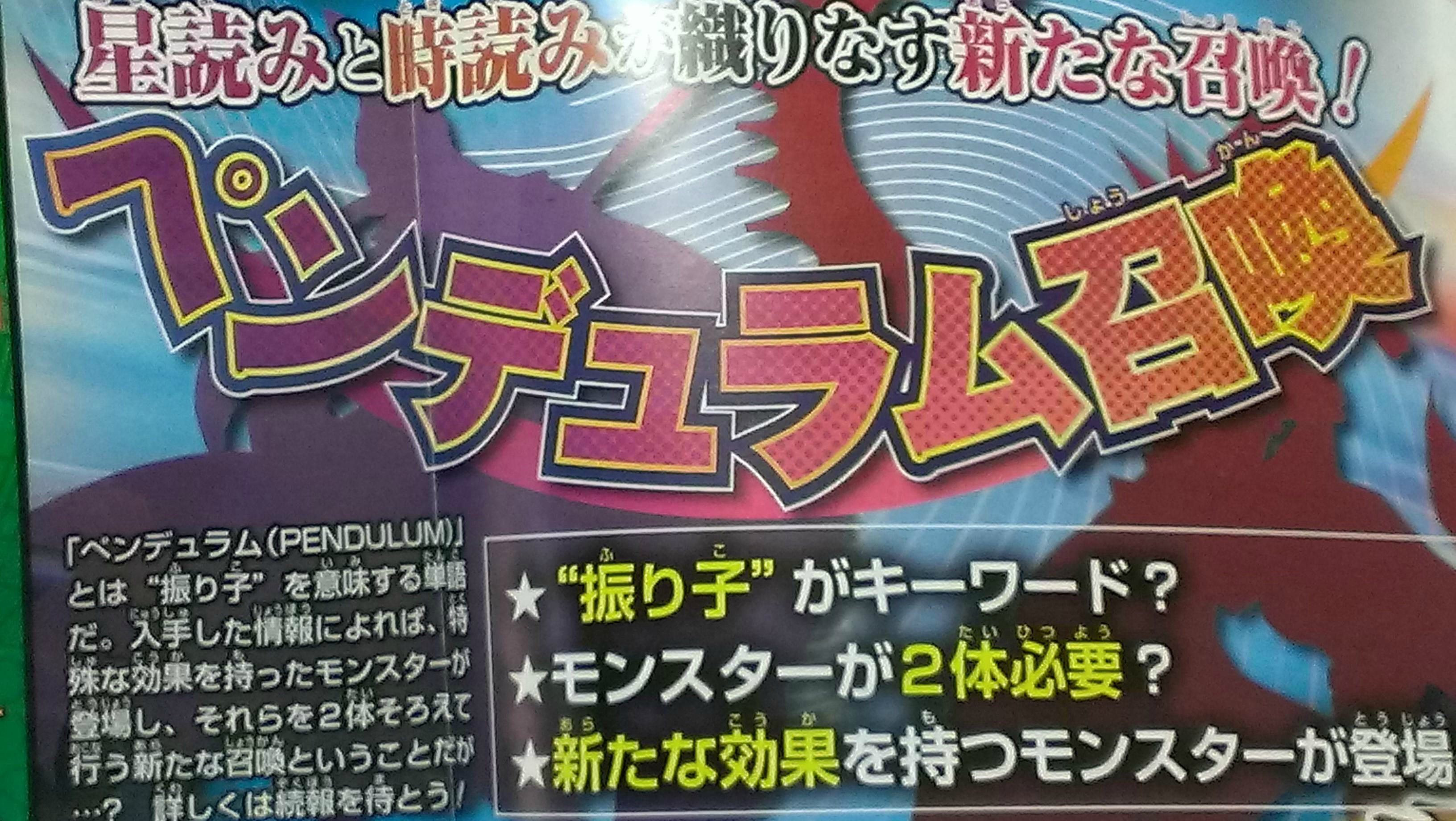 A new form of summoning weaving together Astromancy and Chronomancy!

“Pendulum” is an English word meaning “furiko”! With the amount of information we have so far, we know that monsters with special effects will appear, and if you use 2 of them you can perform this kind of summoning? There will be more information on this in the upcoming days, so keep an eye out! 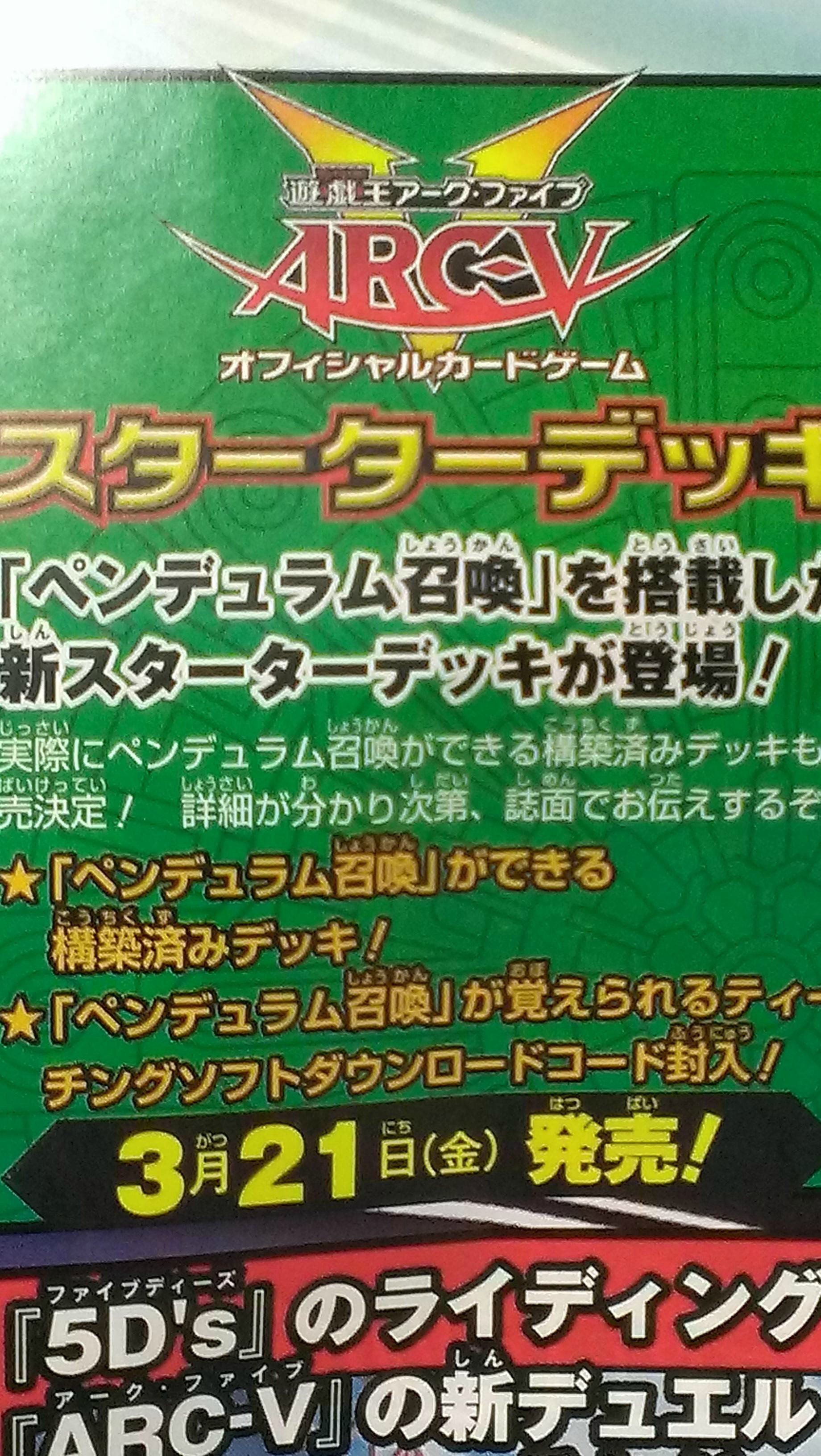