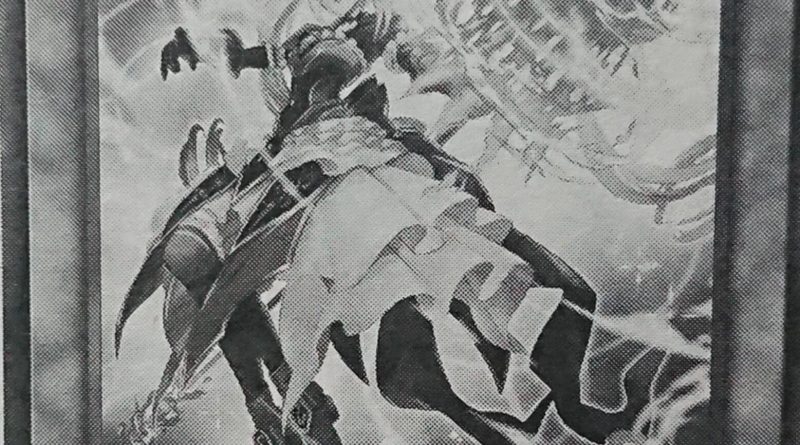 A new toy for Equip related Decks makes her arrival from the Structures manga! 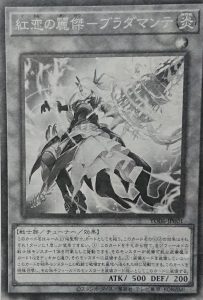 YO06-JP001 紅恋の麗傑-ブラダマンテ Guren no Reiketsu – Bradamante ( Brave Beauty of Ruby Regard – Bradamante)
Level 1 FIRE Warrior Tuner Effect Monster
ATK 500
DEF 200
(This card is always treated as a “Infernoble Knight” card.)
You can only use the (1)st and (2)nd of this cards name once per turn.
(1) You can discard this card, then target 1 Warrior monster you control; equip it with 1 appropriate Equip Spell from your Deck. (2) When this card not equipped with any Equip Card is destroyed by battle with an opponent’s monster and sent to the GY: You can Special Summon this card, and if you do, equip that monster your opponent controls to this card.

Note: This card’s name is a play of words sort.

Guren is a combination of Crimson and Love/Affection.

Beauty plus Outstanding for the latter part, Reiketsu, with Reiketsu (via 冷血) also being how you say ‘Cold-Hearted’.

Due to the TCG loving alliteration, you get the name above. Though it could also be thought of as “Crimson Cold-Hearted” from another way with her second effect.

Bradamante herself is a fictional female knight from two epic poems of the Renissance: Orlando Innamorato (‘Orlando in Love’) and Orlando Furioso (‘The Fury of Orlando’). They both deal with her exploits connected to Charlemagne, hence her being an Infernoble Knight.