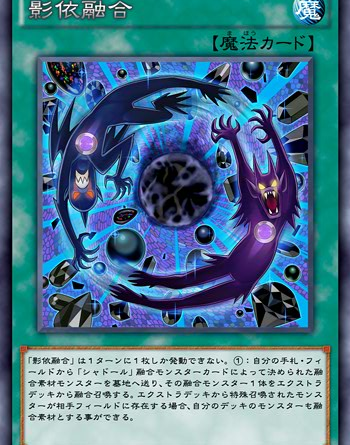 The Structure Deck people voted for is coming.

The theme shining in the #1 spot of the poll thanks to the user votes will be released in a Structure Deck on December 7th. New cards to strengthen the Deck will also be printed.

Each Deck will include:
44 cards, including 1 Ultra Rare and 4 Super Rare cards.
1 Power-Up Pack for the Deck (contains 5 cards, 2 Ultra Rare and 3 Super Rare. These are also available in Secret Rare rarity).
1 Duel Field (playmat) / 1 Playing Guide.
(Deck will be sold for 1200 yen)

Furthermore, sleeves featuring the design of a key card for the Deck, Shaddoll Fusion, will also be available on the same day of release of the Structure Deck (December 7th).
Each pack will contain 55 sleeves and cost 350 yen.

NOTE: The name of the Deck is likely a pun on both “Rebirth” and “Reverse” (the word used for FLIP effects in the OCG, like many Shaddoll Monsters).