Worst Korea continues its mission of giving the game bizarre and macabre cards. 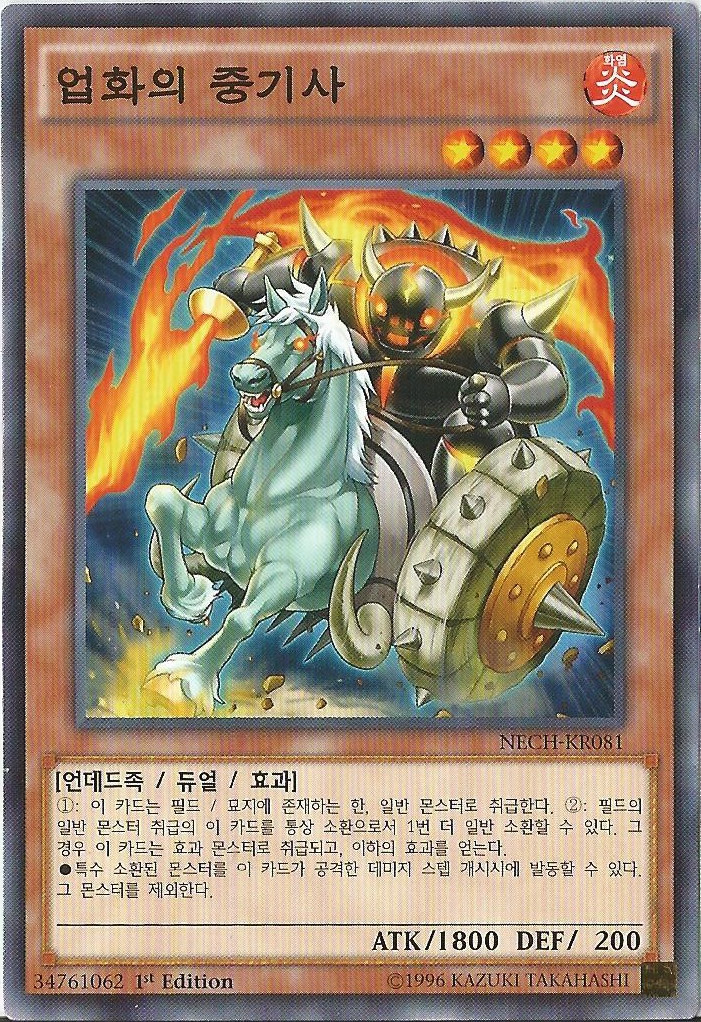 NECH-KR081
업화의 중기사
Heavy Cavalry of Karmatic Flames
Level 4 FIRE Zombie-Type Gemini Effect Monster
ATK 1800
DEF 200
(1) This card is treated as a Normal Monster while face-up on the field or in the Graveyard. While this card is a Normal Monster on the field, you can Normal Summon it to have it become an Effect Monster with this effect.
● At the start of the Damage Step, if this card attacks a Special Summoned monster: Banish that monster. 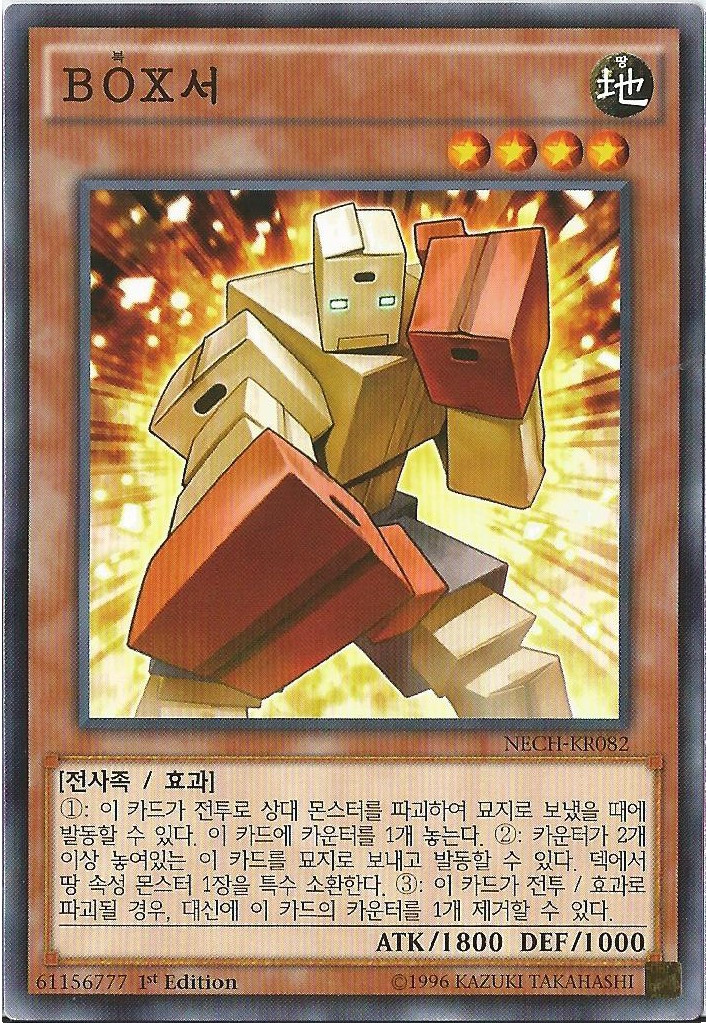 NECH-KR082
BOX서
BOXer
Level 4 EARTH Warrior-Type Effect Monster
ATK 1800
DEF 1000
(1) When this card destroys an opponent’s monster by battle and sends it to the Graveyard: You can put 1 Counter on this card.
(2) You can send this card with 2 or more Counters to the Graveyard; Special Summon 1 EARTH monster from your Deck.
(3) If this card would be destroyed by battle or effect, you can remove 1 Counter from this card instead. 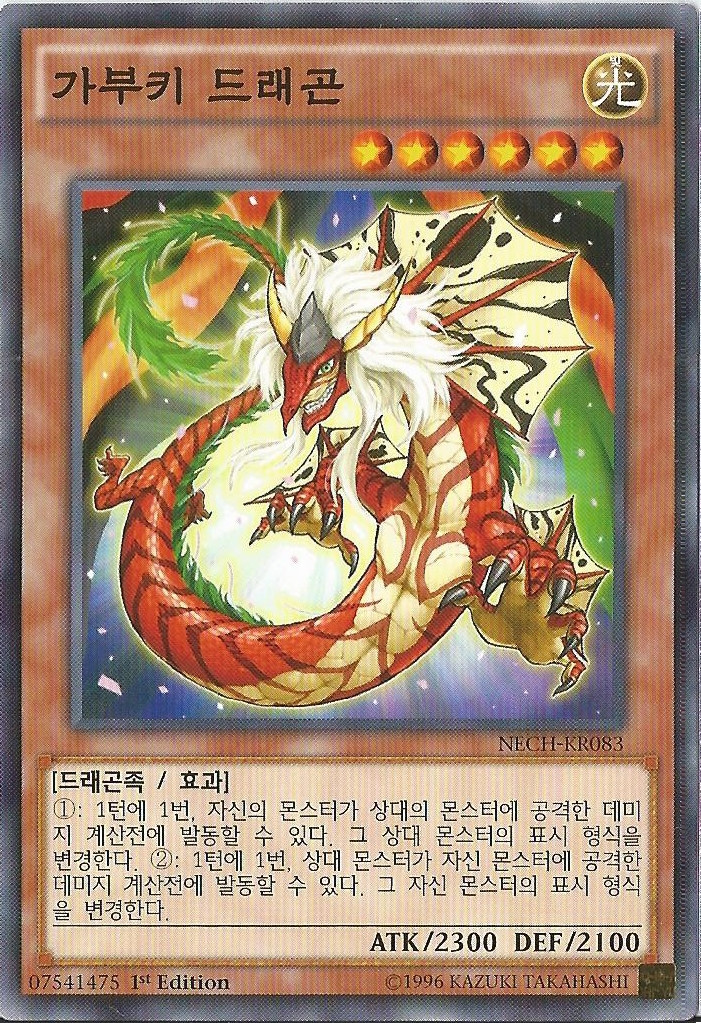 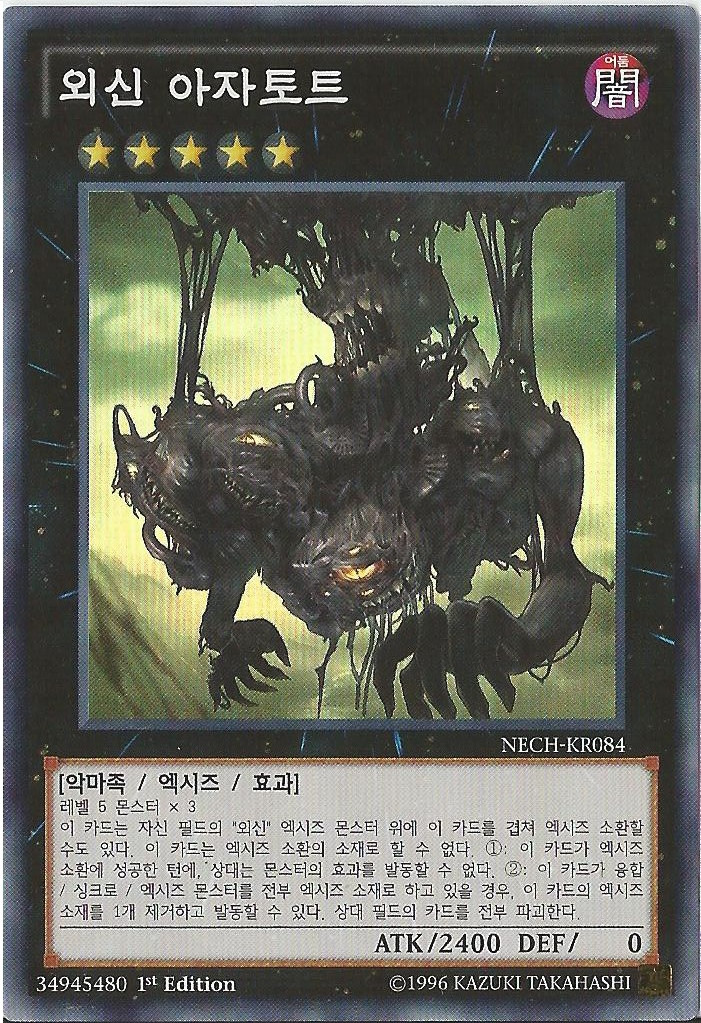 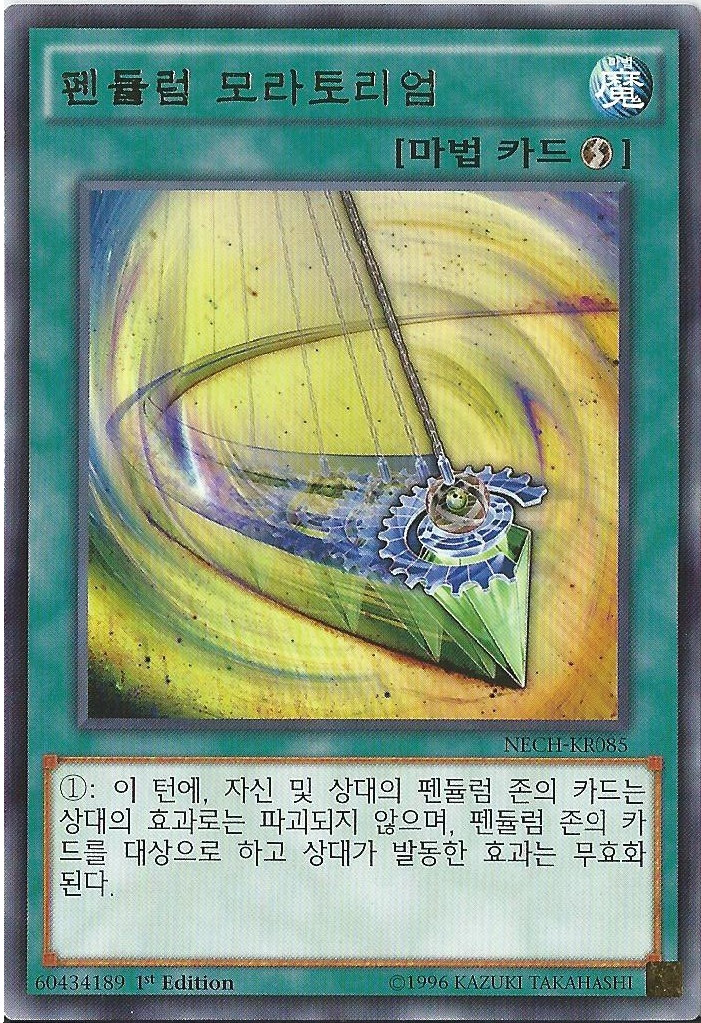