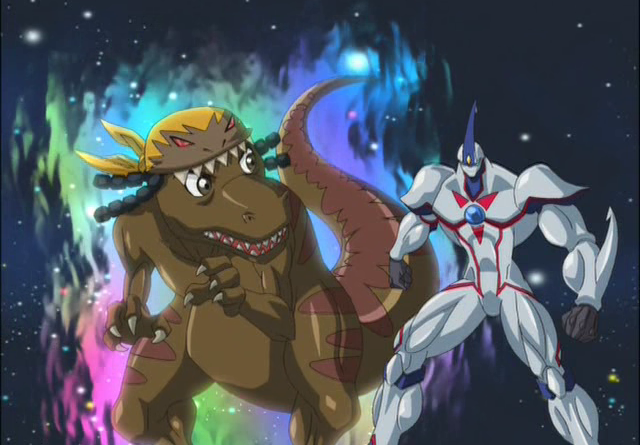 There will be a new Bingo event focused on Tour Guide that you can fulfill to get rewards.

Certain cards will be able to upgraded at the Card Trader

A new roaming character event that based on English and Japanese text sounds an awful lot like “Lumis and Umbra” from Battle City.

The chance to obtain Tyranno “I’ve got Dino DNA!”