Basically tidbits of information from here and there 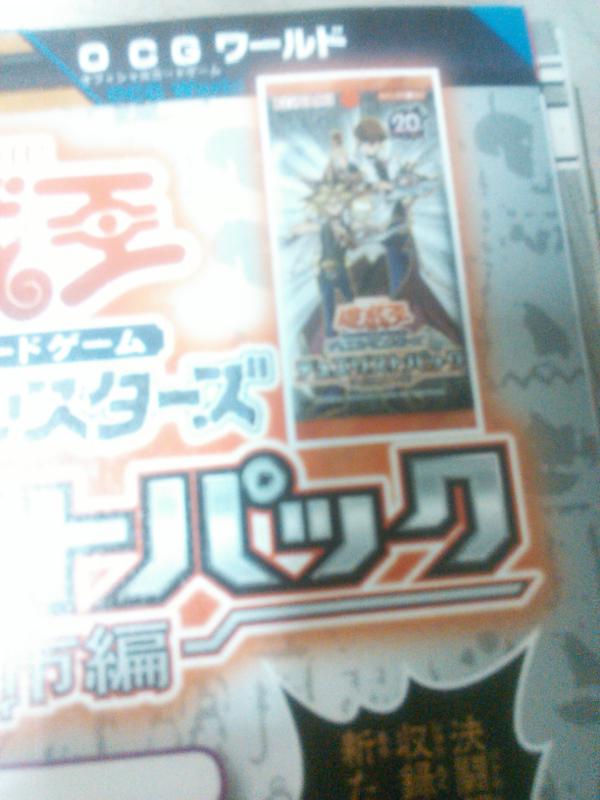 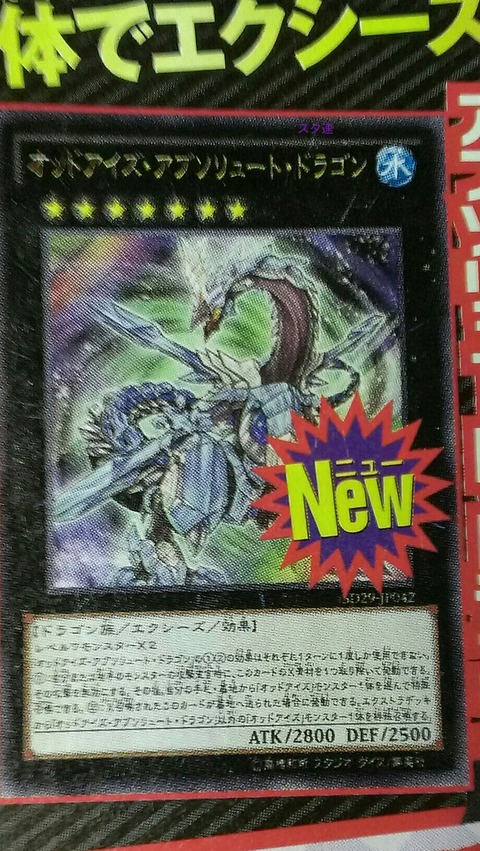 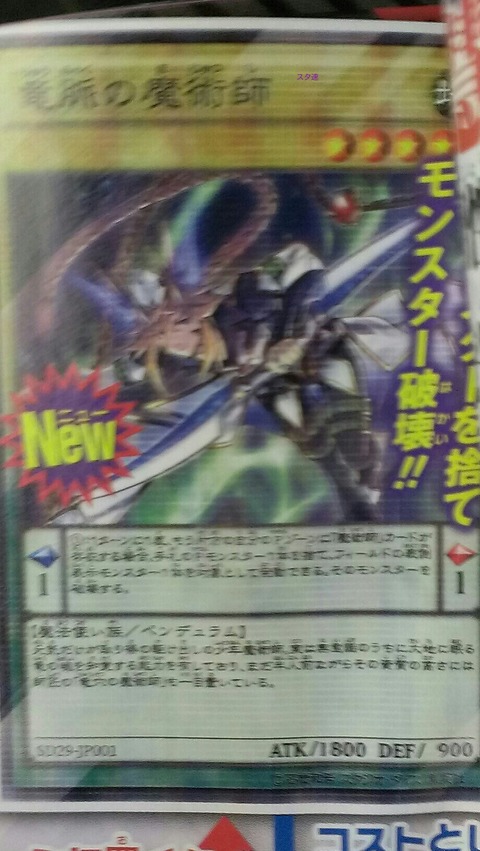 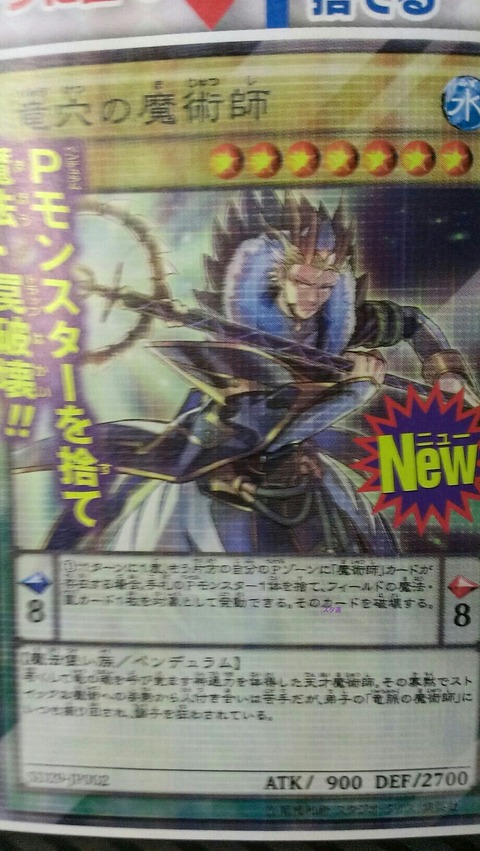 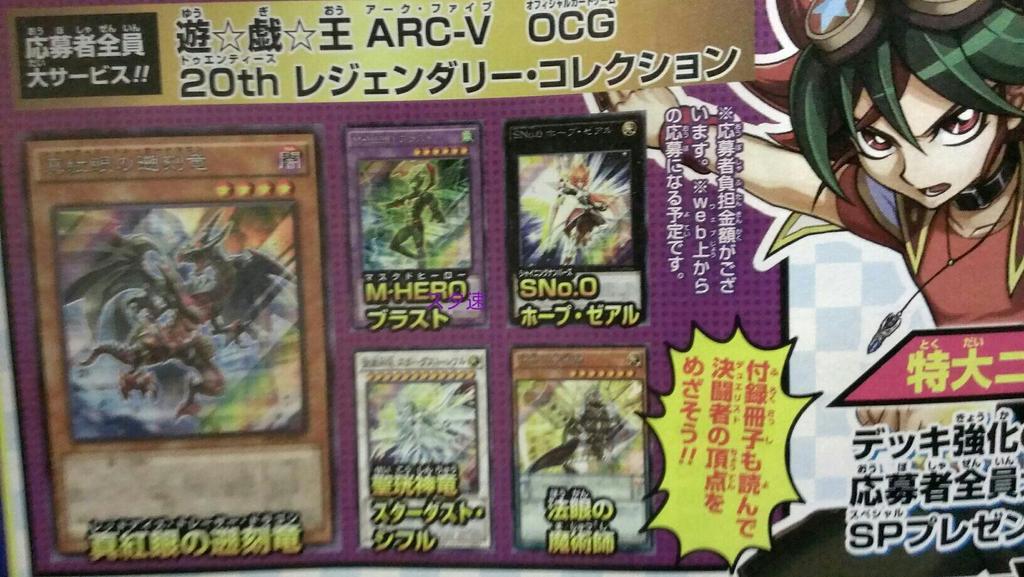 The next V Jump Edition Pack is “20th Legendary Collection” 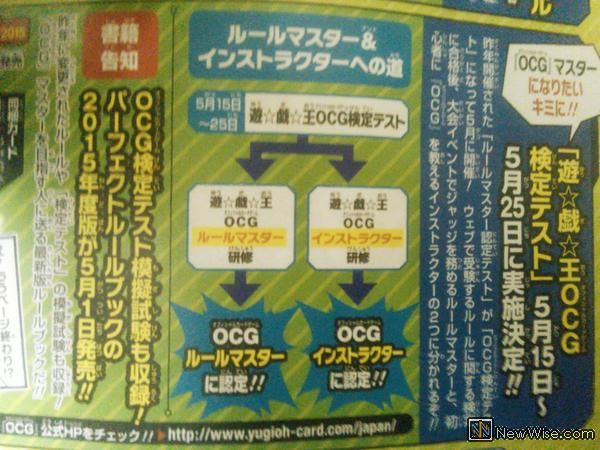 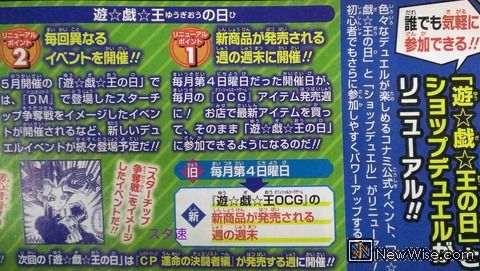 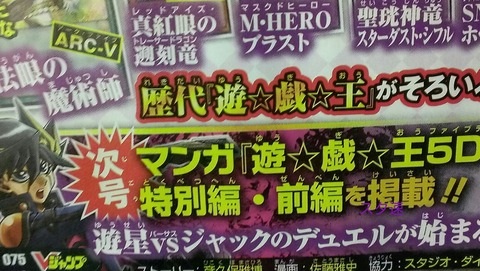 Next month’s VJ has a prequel/first half to Yusei and Jack’s final match in thee manga. 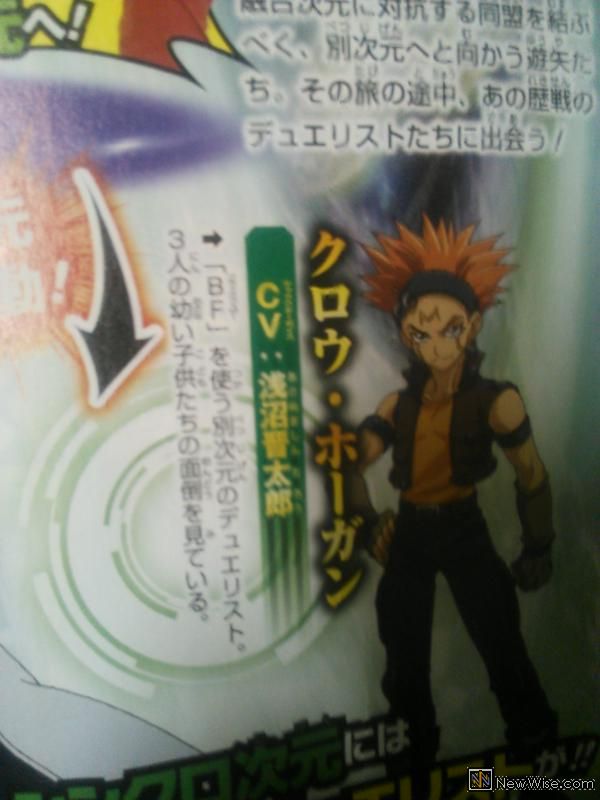 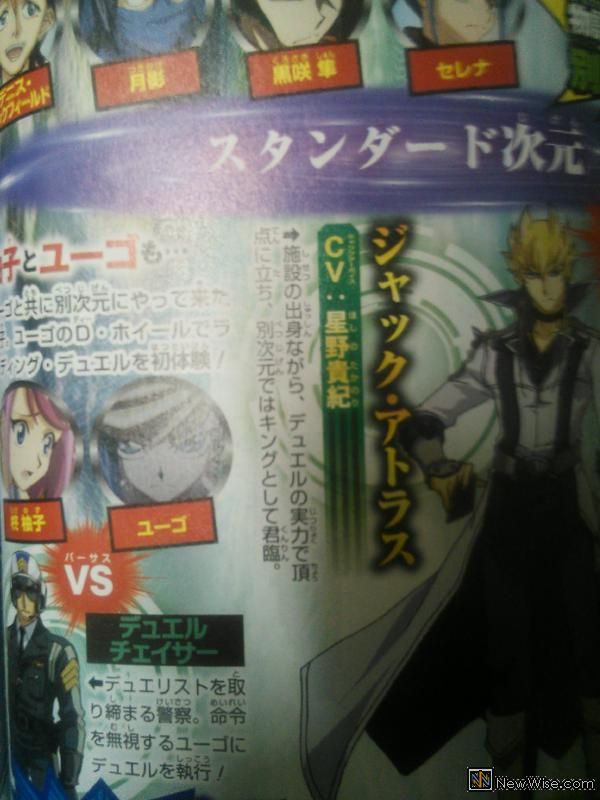 Jack, despite being from a facility (note: this could mean anything from juvie to a test lab to an orphanage), due to his Duelist prowess, reigns as ‘King’ in the Synchro reality. 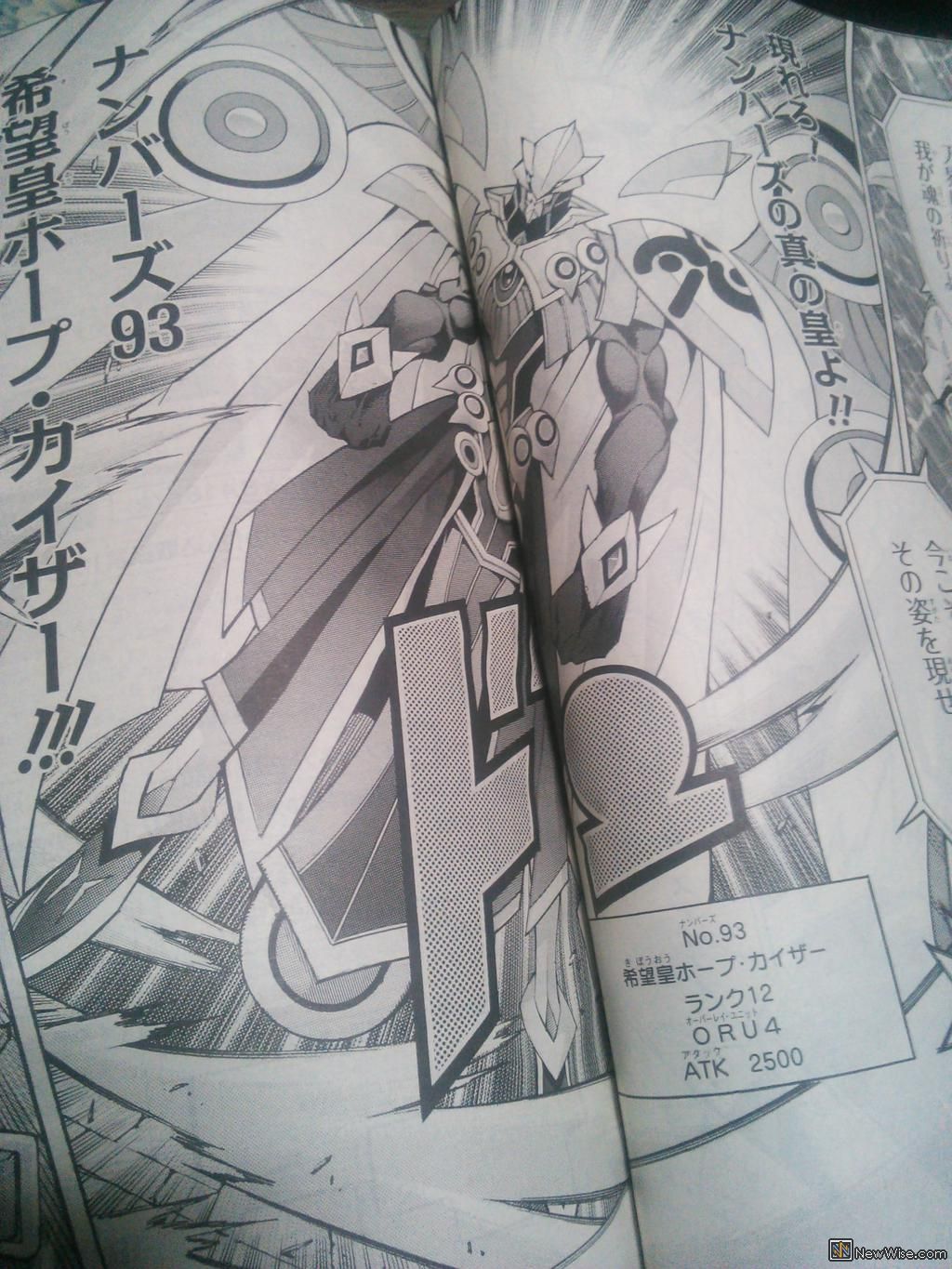 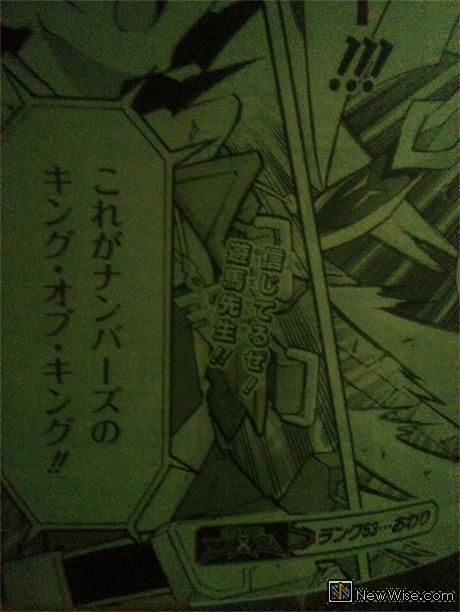 In order to form an alliance to oppose the Fusion Dimension’s plans, Yuya and the Lancers travel to other realities. During their journey, they meet experienced, veteran Duelists.