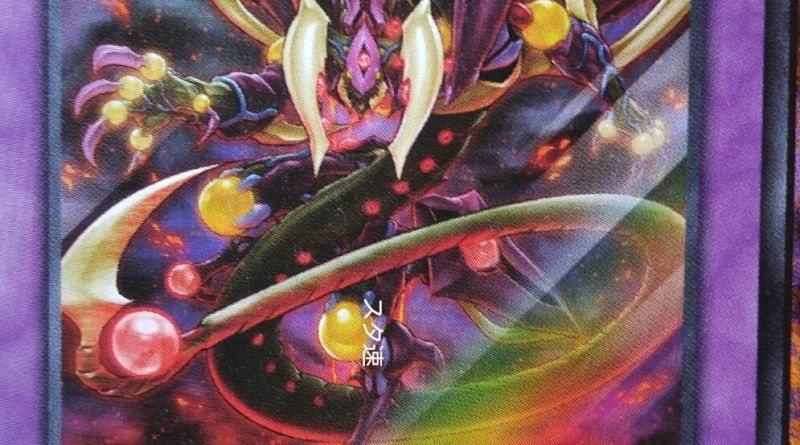 Starting with the Cover Card of all things! Starve Venom Fusion Dragon! 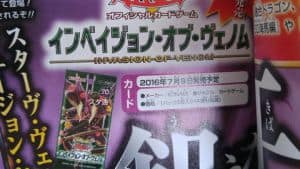 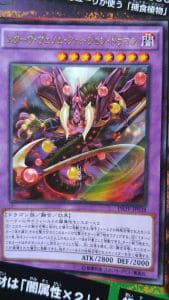 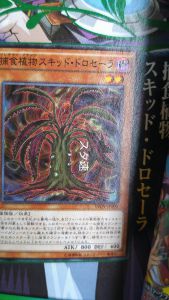 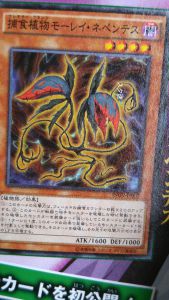 Predator Plant Moray Nepenthes
Level 4 DARK Plant-Type Effect Monster
ATK 1600
DEF 1000
(1) This card gains 200 ATK for each Predator Counter on the field.
(2) When this card destroys a monster by battle: You can equip that destroyed monster to this card.
(3) Once per turn: You can target 1 monster equipped to this card by this card’s effect; destroy it, and if you do, you gain LP equal equal to its original ATK. 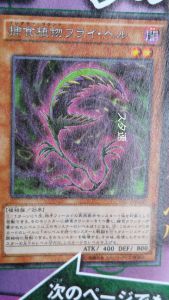 Predator Plant Fly Hell
Level 2 DARK Plant-Type Effect Monster
ATK 400
DEF 800
(1) Once per turn: You can target 1 face-up monster your opponent controls; place 1 Predator Counter on it. Level 2 or higher monsters with Predator Counters become Level 1.
(2) At the start of the Damage Step, if this card battles a monster with a Level that is lower than or equal to this card’s Level: You can destroy that monster. Then, increase this card’s Level by the Level of that destroyed monster. 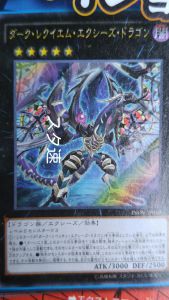 Dark Requiem Xyz Dragon
Rank 5 DARK Dragon-Type Xyz Effect Monster
ATK 3000
DEF 2500
3 Level 5 monsters
(1) If this card has “Dark Rebellion Xyz Dragon” as Xyz Material, it gains the following effects.
• Once per turn: You can detach 1 Xyz Material from this card, then target 1 face-up monster your opponent controls; its ATK becomes 0, and if it does, this card gains ATK equal to that monster’s original ATK.
• During either player’s turn, when an opponent’s monster effect activates: You can detach 1 Xyz Material from this card; negate that activation, and if you do destroy it. Then, you can Special Summon 1 Xyz Monster from your Graveyard. 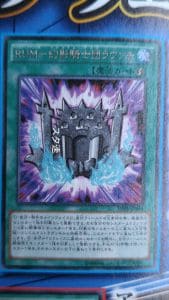 Cipher Mirror Knight
Level 4 LIGHT Warrior-Type Effect Monster
ATK 0
DEF 0
You can only use the (2) effect of “Cipher Mirror Knight” once per turn. (1) When a “Cipher” monster or “Kinetic Soldier” you control is destroyed by battle and sent to your Graveyard: You can discard this card; send 1 card you control or have in your hand to the Graveyard, and if you do, Special Summon that destroyed monster.
(2) During the End Phase, if this card is in the Graveyard because it was sent there during this turn: You can add 1 “Cipher” card or “Kinetic Soldier” from your Deck to your hand. 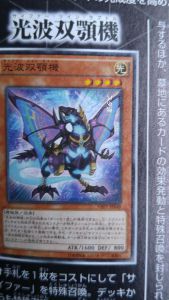 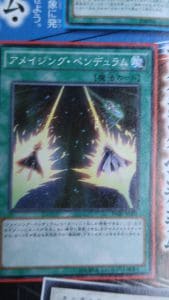 Amazing Pendulum
Normal Spell Card
You can only activate 1 “Amazing Pendulum” per turn.
(1) If you control no cards in your Pendulum Zones: Add 2 face-up “Magician” Pendulum Monsters with different names from your Extra Deck to your hand. 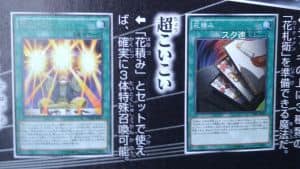 Chou Koi Koi
Normal Spell Card
You can only activate 1 “Chou Koikoi” per turn.
(1) Excavate the top 3 cards of your Deck, and Special Summon as many “Cardian” monsters among there as possible, ignoring their Summoning conditions, but their effects are negated and their Level becomes 2. Banish the other cards face-down, and if any are banished, you lose 1000 LP for each.
(2) You can banish this card from your Graveyard, then Tribute 1 monster; Special summon 1 “Cardian” monster from your hand, ignoring its Summoning conditions.

Hanazumi
Normal Spell Card
You can only use the (2) effect of “Hanazumi” once per turn.
(1) Choose 3 “Cardian” monsters from your Deck and place them on top of your Deck in any order.
(2) During your Main Phase, except during the turn this card was sent to the Graveyard: You can banish this card from your Graveyard, then target 1 “Cardian” monster in your Graveyard; add it to your hand. 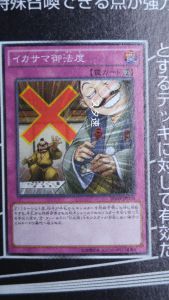 Ikasama Gohatto (No Cheaters Allowed)
Continuous Trap Card
(1) Once per turn, when your opponent Special Summons a monster(s) from their hand: You can return all monsters on the field that were Special Summoned from the hand to the hand. (2) If there is not a face-up “Cardian” Synchro monster, send this card to the Graveyard. 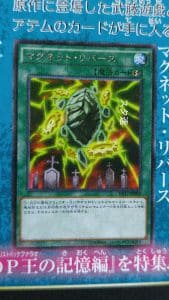 Magnet Reverse
Quick-Play Spell Card
(1) Target 1 {Machine-Type?} or Rock-Type monster that you cannot Normal Summon/Set (either in your Graveyard or that you have banished); Special Summon it. 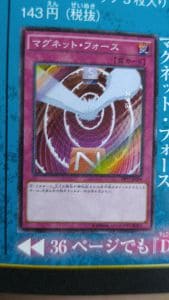 Magnet Force
Normal Trap Card
(1) During this turn, monsters on the field whose original Type is either Machine or Rock are unaffected by monster effects, except their own.

Tensei no Fukujuu / Lullaby of Obedience
Normal Spell Card
(1) Pay 2000 LP, then declare 1 monster name; your opponent looks through their Deck, and if the declared monster is in there, they must reveal 1 of them and choose 1 of these effects.
• You (the opponent of this card’s activator) add that card to your opponent’s hand.
• You (the opponent of this card’s activator) Special Summon that monster to your opponent’s field, ignoring its Summoning conditions. 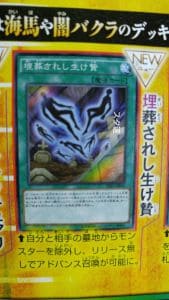 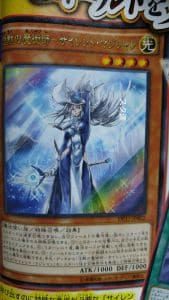 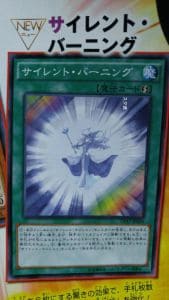 Silent Burning
Quick-Play Spell Card
(1) During the Battle Phase, if you control a “Silent Magician” monster and you have more cards in your hand than your opponent: both players draw cards until they have 6 cards in their hand. The activation of this card and this effect cannot be negated.
(2) You can banish this card from the Graveyard; add 1 “Silent Magician” monster from your Deck to your hand.