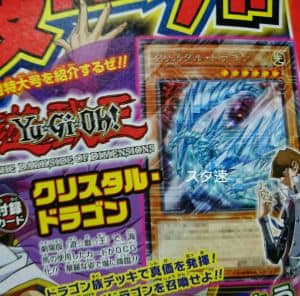 Next Month’s V Jump comes with Kaiba’s Krystal Dragon from “The Dark Side of Dimensions”. It’s stated to show its true worth in Dragon-Type Decks.

(Yes we’re calling it Krystal. The movie itself calls it that via the cards.) 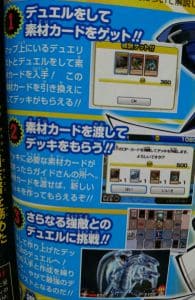 Saikyou Card Battle News:
Win Material Cards from Duels
Gather enough Material Cards? Go to Guide (The Tour Guide look-a-like), hand them to her and get a new Deck.

Show the fact you’ve cleared the game at your local shop to get your hands on a Blue-Eyes White Dragon (classic artwork). (Starting July 16th, 2016)

Also try a special Mini-Game at the Nintendo Zone in Tsutaya Shops across Japan. 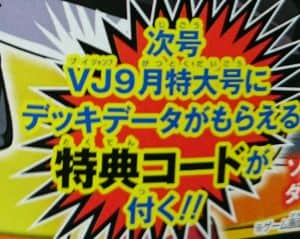 The next issue of V Jump comes with a special code regarding Deck Data for Saikyou Card Battle.

With the The Next Issue of V Jump, you’ll be able to apply for “20th Rival Collection”, a special pack containing 4 new cards, related to rivals currently in ARC-V! 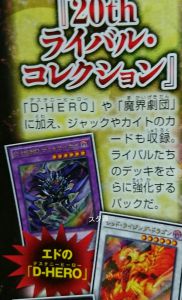 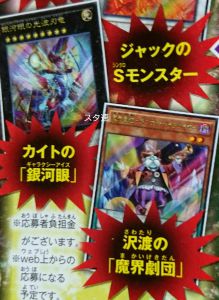 Buying 3500 Yen or more worth of Yu-Gi-Oh! product at the Jump Shop Booth at the JVC event nets Japanese consumers a special pack that reprints ‘popular’ cards.